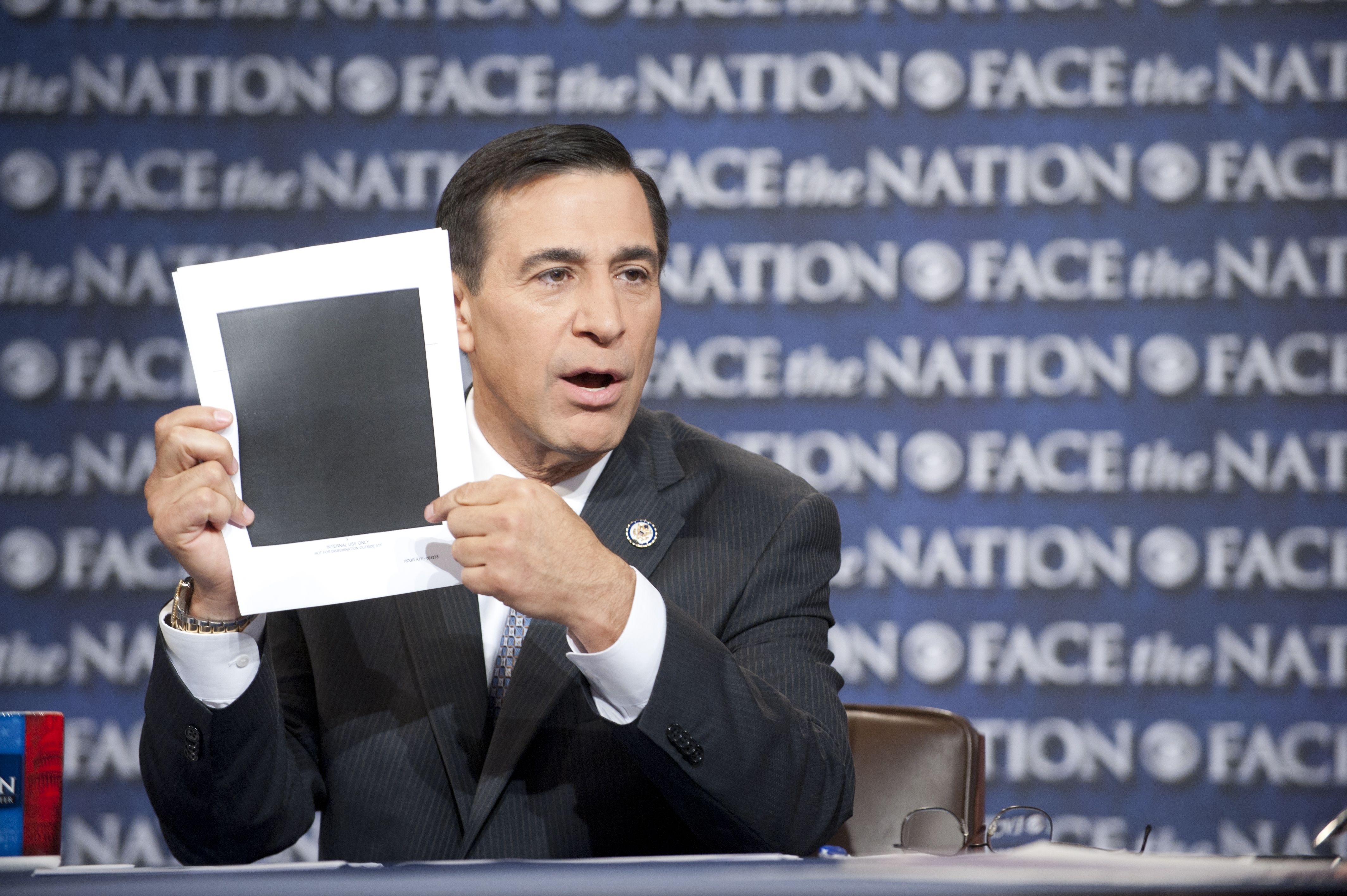 Issa, in an appearance on CBS' "Face the Nation," appeared skeptical that Holder had known as little about the "Fast & Furious" operation as he indicated in a May 3 Judiciary Committee hearing, when he said, "I'm not sure of the exact date, but I probably heard about Fast & Furious for the first time over the last few weeks."

Issa disputed that timing, and said Holder "clearly knew more than he said when he said he only first heard of this program a few weeks before.

"His chief of staff had intimate details; we have notes in his handwriting that shows that the number two and Eric Holder's right hand had intimate details for long time," Issa told CBS' Bob Schieffer. "One of the questions is, why wouldn't you tell your boss about a program that had gotten so out-of-control that it had all kinds of people scurrying to try to stop it?"

CBS News investigative correspondent Sharyl Attkisson first reported on the case in February, when she learned that an operation called "Project Gunrunner" being run by the Federal Bureau of Alcohol, Tobacco and Firearms (ATF) had resulted in agents letting thousands of guns "walk" into the hands of suspected traffickers for Mexican drug cartels. While the operation aimed to take down a major cartel, two of those weapons turned up at the murder of Border Patrol Agent Brian Terry last December.

Documents obtained by CBS News earlier this month indicate, too, that Holder had been briefed on "Fast & Furious" as far back as July 2010.

Issa said he believes there may have been another gun found at the scene of Terry's death - a weapon he dubbed "weapon number one" - and that if that gun exists and is proven to be the murder weapon, it would conclusively tie "Fast and Furious" to the murder.

"If weapon number one [which] appears to be missing were ballistically matched, we would have an absolute rather than the inconsistency," he said.

When asked directly if he were suggesting that the FBI may had tampered with evidence at the crime scene, Issa equivocated.

"We're not suggesting that, but when you have tickets [labeling the weapons found at the scene] that are numbered 2 and 3 and there's no ticket 1... When agents who were at Brian Terry's funeral made statements to his mother indicating that there were three weapons, when the two weapons that they have tested don't conclusively match up, then you look and say, 'Well, was there a third weapon at the scene? Were there additional people who escaped with weapons?' The Terry family has suffered a great deal."

"It doesn't seem like the answers are coming," he said.

The FBI has stated that reports of the recovery of a third gun at the Brian Terry murder scene are false, and that concealment of evidence does not serve justice or advance the mission to which this agency is committed.

Attkinson, who also appeared on "Face the Nation," pointed out that one reason evidence might be withheld is if it were "matched to a confidential informant that was being used by DEA or FBI or another agency."

"There are a lot of questions out there because other agencies were involved in this operation," she said.

Issa pledged to "get to the bottom of the problem," and has subpoenaed hundreds, if not thousands, of pages' worth of documents from the Justice Department as part of his investigation. He complained that many of the documents he has received so far have been heavily redacted or blacked out entirely - and suggested that there was reason to believe not all of the documents were "authentic."

"I have countless pages that look like this," Issa told Schieffer, holding up a document that appeared to be almost completely blacked out. "There's clearly details that have been redacted that we should have. Our subpoenas have been very narrow. In some cases it's because a whistleblower gives us a document... We have a document. It causes us to narrowly ask for a document - to get the same document but ensure it's authentic."

Again Issa declined to say, when asked, that he thought some of the documents have been tampered with. But he argued the redactions in and of themselves qualified as "tampering."

"When you black out a document and there is responsive information underneath, that's a form of tampering," he said. "We're not accusing anyone of a criminal cover-up. But we have an obligation, a real obligation to the Terry family and a real obligation to the Constitution, to follow this to ensure that Justice Department ... and all of its tentacles in law enforcement do the kind of jobs that witnesses who came from there said they want to do and always do."

As to whether or not he thought Holder should resign, Issa said, "that's for the president to decide."