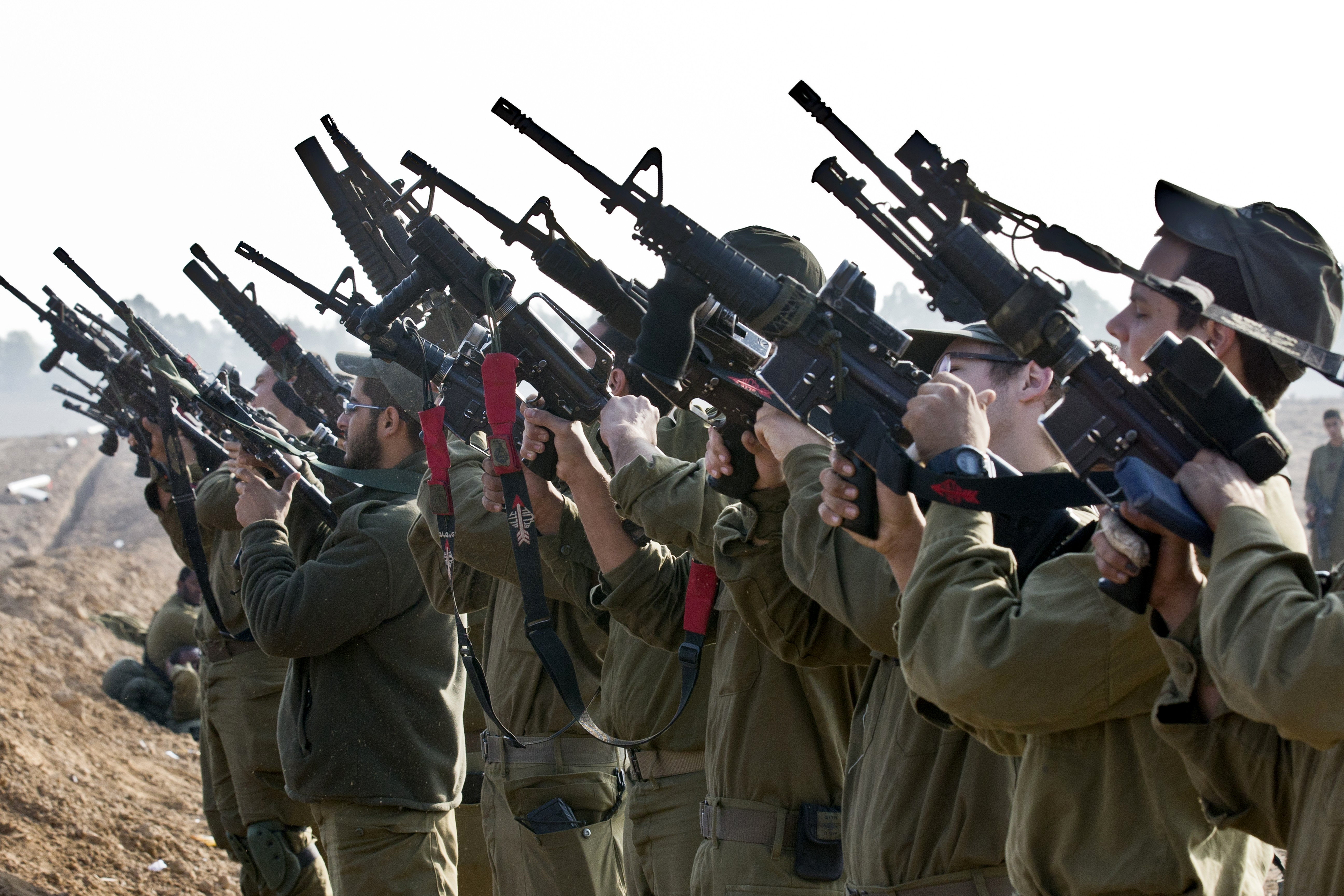 The Israeli military insists its strikes target only militants -- with surgical precision -- and they say they're hitting those targets. But CBS News correspondent Charlie D'Agata reports that in one of the most densely populated places on the planet, civilian casualties are inevitably mounting.

D'Agata saw what was left Monday morning of a police headquarters that was completely destroyed by two bombs overnight. It was a legitimate target; considered part of the Hamas security apparatus, and it was a surgical strike, but the Israeli missiles blew out all the windows of homes nearby. There's a reason the Isreali military attacks at night. With such a ferocious explosion, anybody on the street would likely have been killed.

Shortly after the overnight strike on the two houses in Gaza, Israeli aircraft bombarded the remains of the former national security compound in Gaza City. Flying shrapnel killed one child and wounded others living nearby, al-Kidra said. Five farmers were killed in two separate strikes, al-Kidra said, including three who had been identified earlier by Hamas security officials as Islamic Jihad fighters.

Civilian casualties began to shoot up on Sunday, after Israel said it was stepping up attacks on the homes of suspected Hamas activists. After that warning, an Israeli missile flatted a two-story house in a residential area of Gaza City, killing at least 11 civilians, most of them women and children.

It remained unclear who the target of that missile attack was. However, the new tactic ushered in a risky phase of the operation, given the likelihood of civilian casualties in the crowded territory of 1.6 million Palestinians. The rising civilian toll was also likely to intensify pressure on Israel to end the fighting. Hundreds of civilian casualties in an Israeli offensive in Gaza four years ago led to fierce international condemnation of Israel.

In all, 87 Palestinians, including 50 civilians, have been killed in the six-day onslaught and 720 have been wounded.

Three Israeli civilians have died from Palestinian rocket fire and dozens have been wounded. An Israeli rocket-defense system has intercepted hundreds of rockets bound for populated areas.

Monday's air assault in Gaza City reduced two houses to rubble on either side of a street where residents stepped over piles of cinderblocks and twisted metal. Relatives said Ahed Kitati, 38, had rushed out after a warning missile was fired to try to hustle people to safety. But he was fatally struck by a falling cinderblock, leaving behind a pregnant wife, five young daughters and a son, they said.

One of his daughters, Aya Kitati, clutched a black jacket, saying she was freezing, even though the weather was mild. "We were sleeping, and then we heard the sound of the bombs," she said in a whisper, then broke down sobbing.

Ahed's brother, Jawad Kitati, said he plucked the lifeless body of a 2-year-old relative from the street and carried him to an ambulance. Blood stains smeared his jacket sleeve.

Another clan member, Haitham Abu Zour, 24, woke up to the sound of the warning strike and hid in a stairwell. He emerged to find his wife dead and his two infant children buried under the debris, but safe.

Clan elder Mohammed Azzam, 61, denied that anyone in his family had any connections to Hamas.

"The Jews are liars," he said. "No matter how much they pressure our people, we will not withdraw our support for Hamas."

Israel launched the current offensive last Wednesday after months of intensifying rocket fire from the Gaza Strip, which continued despite the strikes. Overnight, the military said, aircraft targeted about 80 militant sites, including underground rocket-launching sites, smuggling tunnels and training bases, as well as command posts and weapons storage facilities located in buildings owned by militant commanders, the military said in a release. Aircraft and gunboats joined forces to attack Hamas police headquarters, and Palestinian rocket squads were struck as they prepared to fire, the release said.

In all, 1,350 targets in the Gaza Strip have been struck since the Israeli operation began on Wednesday. However, military activity over the past two nights has dropped off as targets change and international efforts to wrest a cease-fire plod ahead.

Egypt's President Mohammed Morsi has said repeatedly that he's hopeful a ceasefire agreement can be reached quickly, but a source close to the Hamas delegation in Cairo tells CBS News correspondent Clarissa Ward, so far, the talks are hitting a brick wall.

Ward says part of the reason for the impasse may be that Hamas is making some big demands in exchange for stopping its rocket attacks on Israel -- it wants an end to Israel's five year blockade of the Gaza Strip, which Israel is unlikely to budge on due to fears that it would lead to an influx of weapons to militants inside Gaza.

Failure to end the fighting threatens to touch off an Israeli ground invasion, for which thousands of soldiers, backed by tanks and armored vehicles, have already been mobilized and dispatched to Gaza's border.

CBS News correspondent Allen Pizzey says Israel's leaders are keenly aware of the potential costs of such a ground war. They know any incursion would dramatically increase the casualty count, and likely greatly decrease Israel's support from the Western world.

Pizzey reports that a new poll by the widely-read Israeli newspaper Haaretz found that while 90 percent of Israelis say they back the current war, barely 30 percent say they would support a ground invastion of the Gaza Strip.

President Obama said he was in touch with players across the region in hopes of halting the fighting. While defending Israel's right to defend itself against the rocket fire, he also warned of the risks the Jewish state would take if it were to expand its air assault into a ground war.

"If we see a further escalation of the situation in Gaza, the likelihood of us getting back on any kind of peace track that leads to a two-state solution is going to be pushed off way into the future," Obama said.