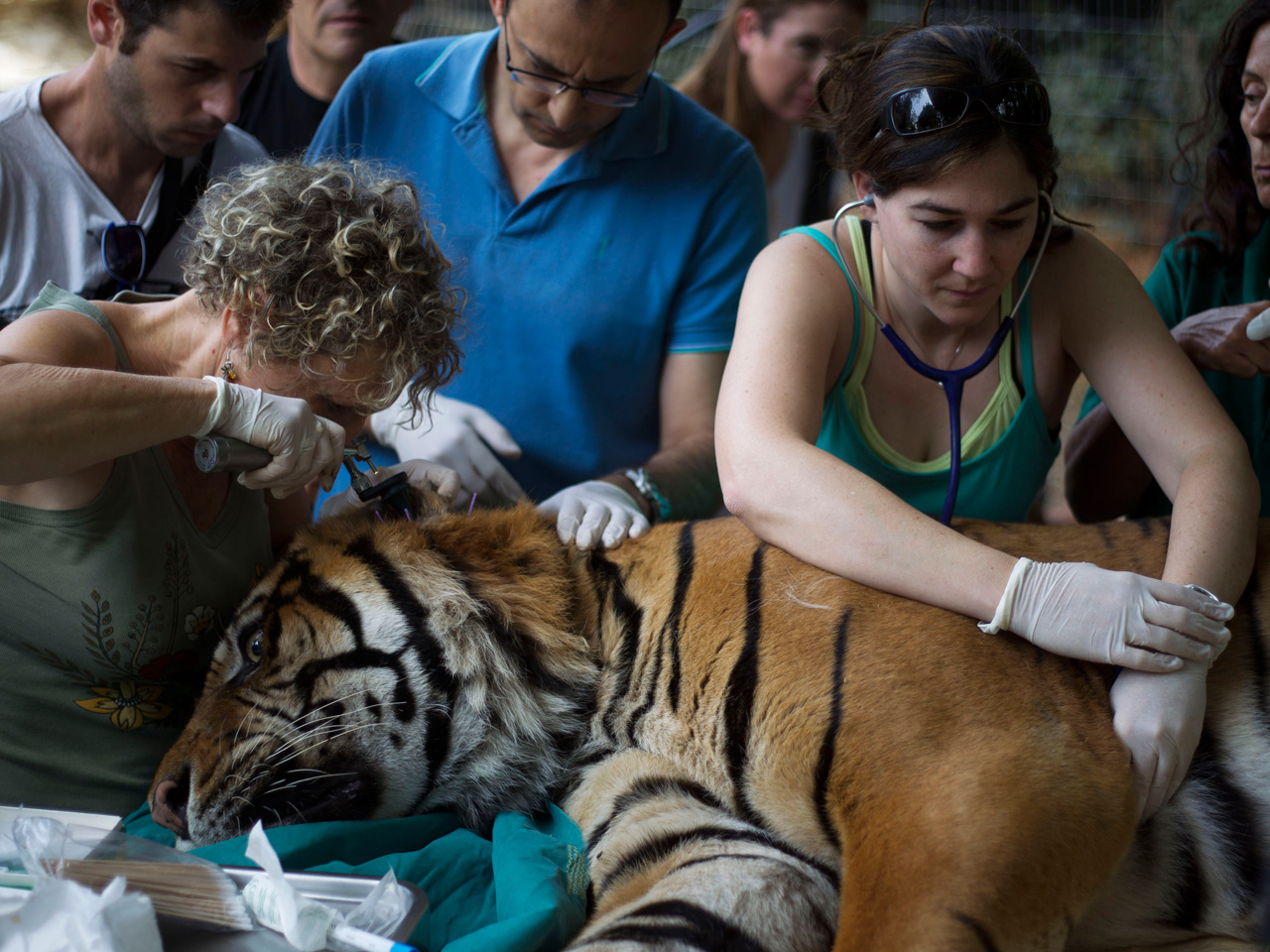 RAMAT GAN, IsraelAcupuncture is being enlisted to treat a sick Sumatran tiger at an Israeli zoo.

The 14-year-old tiger who goes by Pedang suffers from a chronic ear infection. On Sunday, a holistic medicine professional tried acupuncture on him, pricking him with several pink needles in his ear and at other points of his body.

The tiger was sedated during the treatment.

The Zoological Center of Tel Aviv-Ramat Gan said this was the first time it used Chinese medicine on an animal. The zoo said other conventional treatments, like antibiotics, failed to cure the infection, which has lasted more than a year.

Mor Mosinzon, who treated Pedang, said the acupuncture was meant to strengthen his immune system and open his ear canals so that his body can better absorb the antibiotics.