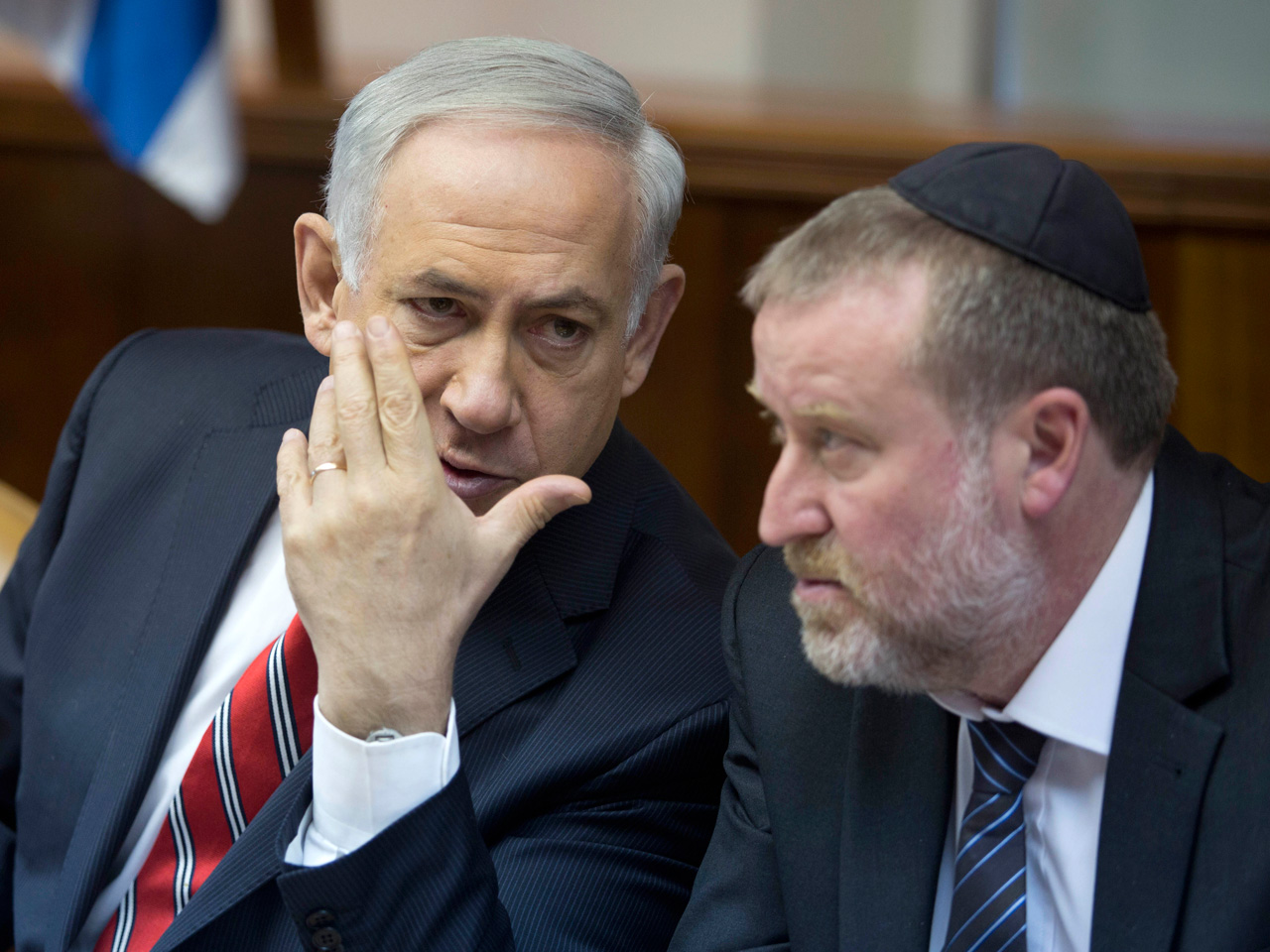 JERUSALEM - A senior Israeli government minister on Monday warned that taking military action against Iran's nuclear program is still an option - despite last week's framework deal between world powers and the Islamic Republic.

The comments by Yuval Steinitz, Israel's minister for strategic affairs, reflected the alarm in Israel over last week's deal, which offers Iran relief from economic sanctions in exchange for scaling back its suspect nuclear program. Israeli leaders believe the framework leaves too much of Iran's nuclear infrastructure intact and could still allow it to develop the means to produce a nuclear weapon.

Steinitz, a confidant of Prime Minister Benjamin Netanyahu's, said the government would spend the coming months lobbying the world powers negotiating with Iran to strengthen the language in the deal as they hammer out a final agreement. While stressing that Israel prefers a diplomatic solution, he said the "military option" still exists.

"It was on the table. It's still on the table. It's going to remain on the table," Steinitz told reporters. "Israel should be able to defend itself, by itself, against any threat. And it's our right and duty to decide how to defend ourselves, especially if our national security and even very existence is under threat."

Israel considers a nuclear-armed Iran to be a threat to its survival, pointing to years of Iranian calls for Israel's destruction, its support for anti-Israeli militant groups and its development of long-range ballistic missiles that could be armed with nuclear warheads. Israel - which is widely believed to be a nuclear power - says a nuclear-armed Iran would set off an arms race in the world's most volatile region.

The framework agreement was announced last Thursday in Switzerland after years of negotiations between Iran and world powers.

The deal aims to cut significantly into Iran's bomb-making technology while giving Tehran relief from international sanctions. The commitments, if implemented, would substantially pare down Iranian nuclear assets for a decade and restrict others for an additional five years. Iran would also be subject to intrusive international inspections.

Netanyahu believes the deal leaves intact too much of Iran's suspect nuclear program, including research facilities and advanced centrifuges capable of enriching uranium, a key ingredient in a bomb. He also says the deal fails to address Iran's support for militant groups across the Middle East.

Since the deal was announced, Washington has tried to calm Israeli nerves and on Monday, White House official Ben Rhodes gave a pair of televised interviews promising continued U.S. support for Israeli security.

Rhodes, the deputy national security adviser, told Channel 2 TV that sanctions will be "snapped back into place if the Iranians don't comply."

"There are significant limitations on the nuclear program and with inspections if they break the deal we will know very quickly and then we will be able to make decisions about what to do," he said.

When asked if a military strike was still an option during the implementation stage of the agreement, Rhodes said: "We believe its best frankly if we don't have to exercise that option and Iran complies with this type of good comprehensive deal, but certainly if there was a violation we would have all options to consider in response to a violation."

On Sunday, Energy Secretary Ernest Moniz said on CBS' "Face the Nation" that the deal addresses every way the country could possibly get a nuclear weapon.

"We have blocked all of these pathways to a bomb," Moniz said. "We should also emphasize this is not a 10-year deal, this is a long-term arrangement. There's no sunset."

Steinitz said Monday that Israel has drawn up a list of 10 issues Israel wants addressed in the final agreement.

The list includes a halt to "research and development" with advanced centrifuges, a reduction in the number of earlier-generation centrifuges that will be allowed to operate, and the complete closure of the underground Fordo nuclear research site.

Under the outlines in Switzerland, Iran has agreed to halt enrichment activities there but the site will be allowed to continue research, and some centrifuges will remain.

Israel also wants Iran "to come clean" about its past efforts on developing nuclear weapons, stronger assurances on how its stockpile of enriched uranium will be removed, and wants clarity on when sanctions on Iran will be lifted and how quickly they could be re-imposed.

Steinitz said Israel will lobby the world powers - the United States, Britain, France, Russia, China and Germany - to amend the final version of the deal ahead of a June 30 deadline. He said Israel still hopes the final deal can be improved.

"It might become a much better deal and a more comprehensive and trusted deal than it is today. This is a bad deal," Steinitz said.

Netanyahu has warned of the dangers of a nuclear-armed Iran for years, but after the Switzerland announcement, it remains unclear how much of an impact he could have on the final negotiations.

Reminding the world of the military option is one way to gain some leverage - many in Israel believe that Israeli threats to strike Iran's nuclear installations several years ago helped trigger international sanctions and the dialogue that led to last Thursday's framework deal.

Questions also remain on Israel's military option. A long-range aerial mission would be dangerous and could trigger retaliation from Iran or its various proxies across the region. It also remains unclear how much damage it could inflict on a program that is spread out and in some cases, hidden underground.

President Barack Obama has said any military attack would only set back Iran by a few years.

Ronen Bergman, an Israeli military-affairs commentator, said Israel would have to produce clear intelligence showing that Iran has resumed a military nuclear program before striking.

"If Israel decides to attack - that evidence will be what will probably save it from international isolation," Bergman wrote in the Yediot Ahronot daily.