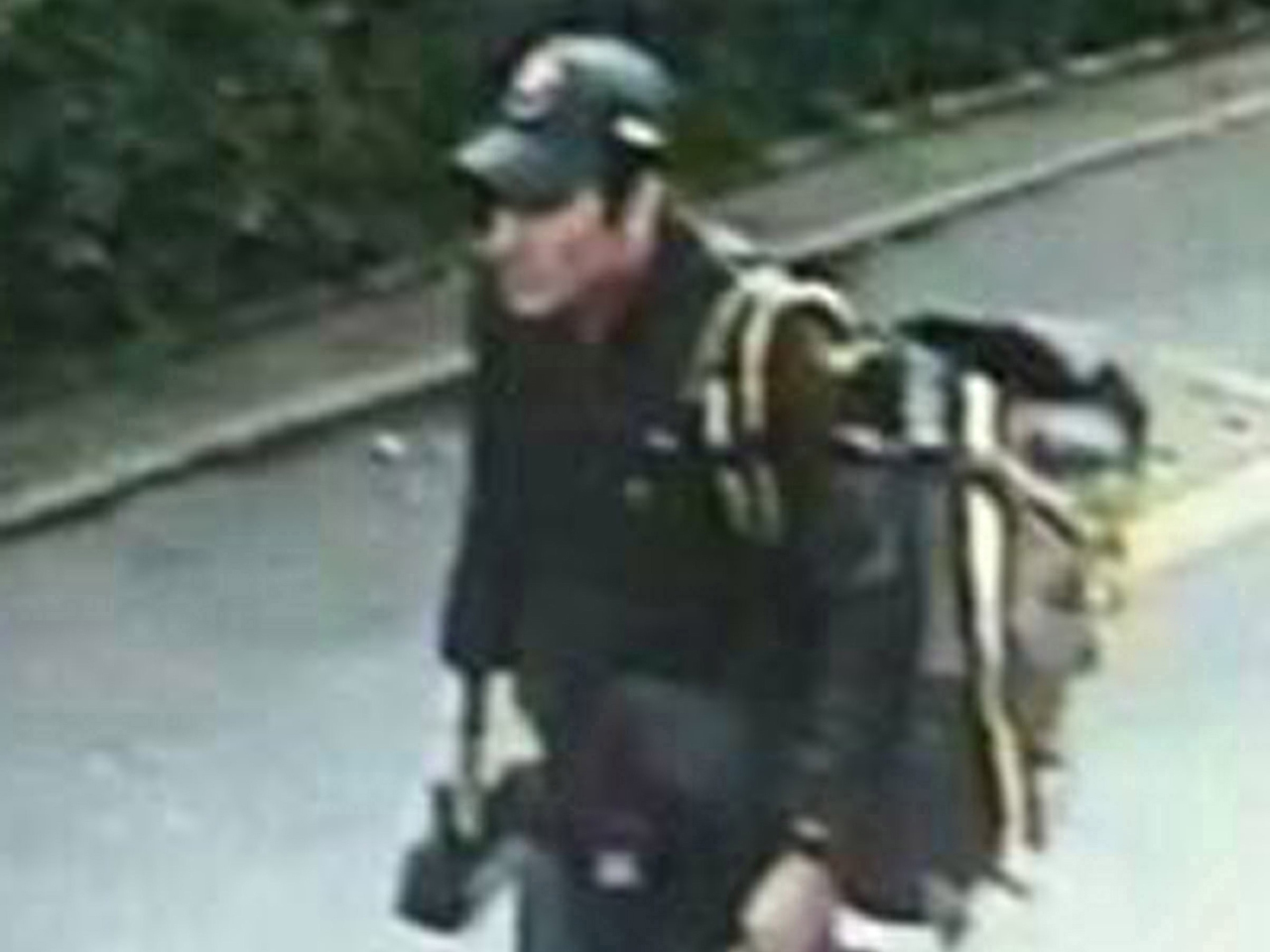 Thailand's government was trying to determine what three Iranian men were plotting when a cache of explosives detonated accidentally in their home in Bangkok's busy Sukhumvit Road area a day earlier. Bomb disposal teams combed the Iranians' house again Wednesday looking for more evidence, while security forces were searching for an Iranian woman they said had originally rented it.

Two of the men were detained in Bangkok on Tuesday after fleeing the destroyed house, while a third was arrested Wednesday in neighboring Malaysia after boarding a flight from Bangkok to Kuala Lumpur overnight.

Israel has accused Iran of waging a campaign of state terror and has threatened military strikes on Iranian nuclear facilities. Iran has blamed the Jewish state for the recent killings of Iranian atomic scientists and has denied responsibility for all three plots this week.

On Monday in New Delhi, an explosion tore through an Israeli diplomatic vehicle, wounding the driver and a diplomat's wife, according to Indian officials. On the same day in the former Soviet republic of Georgia, authorities say attackers planted an explosive device on the car of a driver for the Israeli Embassy, but it was discovered and defused before it went off.

"If this aggression isn't halted, ultimately it will spread to many other countries," Israeli Prime Minister Benjamin Netanyahu said in Israel's parliament Wednesday.

He convened his Security Cabinet to discuss terrorisms against Israel and "Iran's involvement in repeated attempts to attack Israeli targets," his office said.

Israeli Ambassador to Thailand Itzhak Shoham told The Associated Press in an interview that after Tuesday's blasts, Thai police found and defused two magnetic bombs that could be stuck on vehicles.(Click on the player at left for a full report)

"They are similar to the ones used in Delhi and in Tbilisi," Shoham said. "From that we can assume that there is the same network of terror."

That and the arrest of the two Iranians in Thailand "again leaves not too much room to assume who was behind it," Shoham said.

However, Thai security officials told a news conference they had little information about who the alleged attackers were or their possible targets.

National Security Council chief Wichean Potephosree said the government had not yet determined if there was any link between the events in Bangkok, New Delhi and Tbilisi.

"We haven't found any links but we are still investigating," Wichean said. "We admit there was a magnetic component, aiming at individuals, but the origin of the magnets still has to be investigated."

Thai police have named the Iranians in custody here as Saeid Moradi, who lost at least one leg in a self-inflicted grenade blast as he tried to flee police, and Mohammad Kharzei, who was detained Tuesday as he tried to board a flight to Malaysia.

Thai officials identified the third suspect as Masoud Sedaghatzadeh, and officials in Malaysia said he was arrested there Wednesday.

Malaysia federal police spokesman Ramli Yoosuf said Sadaghatzadeh was being investigated for terrorism-related activities linked to the Bangkok blasts, but could not say whether he would be extradited to Thailand.

At least five bombs were identified in Bangkok. The first blew off the roof of the men's house, and Moradi detonated two others — one against a taxi when its driver refused to give him a ride, and another as he tried to fend off police. The taxi driver and three other Thais were wounded in the taxi blast.

When police searched the men's house, a bomb squad found and defused two explosives, each made of three or four pounds of C-4 explosives inside a pair of radios.

The type of explosives suggested they would have been used to target individuals, Wichean said. Police were tracing the materials to try to learn their origin.

"Based on the equipment and materials we found, they were aimed at individuals and the destruction capacity was not intended for large crowds or big buildings," Wichean said.

National police Chief Prewpan Dhamapong also said the target was "individuals. Like what happened in India." He declined to speculate on what the targets were, but said they were "foreigners, not Thais."

Wichean also acknowledged his nation could be "a weak link" for international terrorism "because we are open to foreigners."

Thailand itself has rarely been a target for international terrorists, but its main airport is a major hub for Asian air travel and its government — heavily reliant on tourism — is known for tolerance but criticized for corruption and graft.