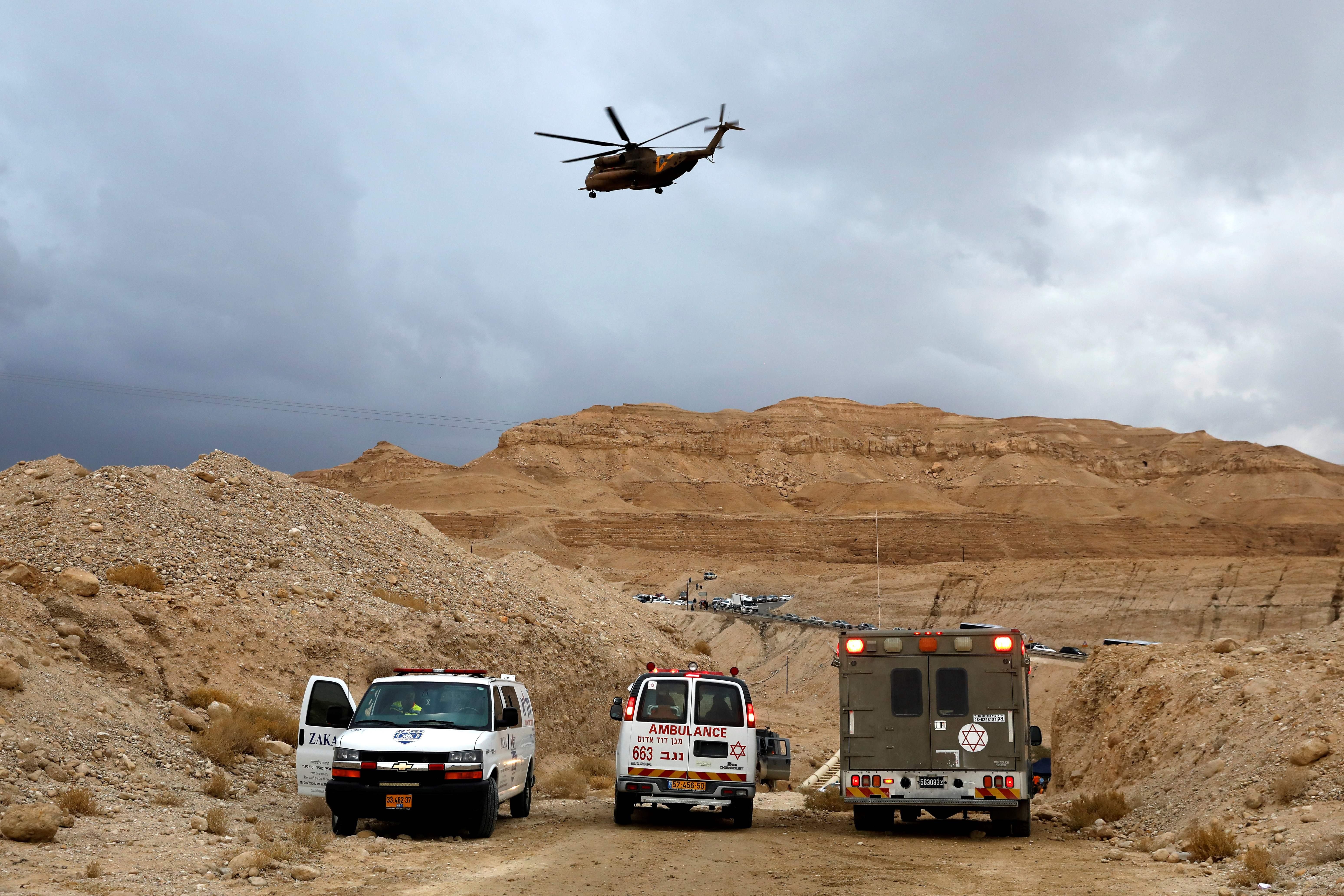 JERUSALEM -- Flash floods killed nine Israeli teenagers who were hiking south of the Dead Sea on Thursday, Israel's rescue service said. The casualties were all 18 years old. Israeli media said eight of the fatalities were female and one was male.

Earlier, spokesman Micky Rosenfeld said 25 students in a pre-army course were "caught off guard" and some were "washed away" by heavy rains while they were hiking in the area.

He said 15 people were rescued.

The downpour caused parts of Israel's security barrier with the West Bank to collapse, Rosenfeld added.

Police and army helicopters were deployed to search for the missing member of the group. But search operations were suspended by nightfall until the morning due to harsh conditions, police said.

The Dead Sea, the world's lowest point at about 1,400 feet below sea level, is surrounded by desert and generally arid cliffs. Rain can come rushing down the steep descents, causing sudden and violent torrents in otherwise dry spots.

Heavy rainfall has fallen sporadically over the past two days.