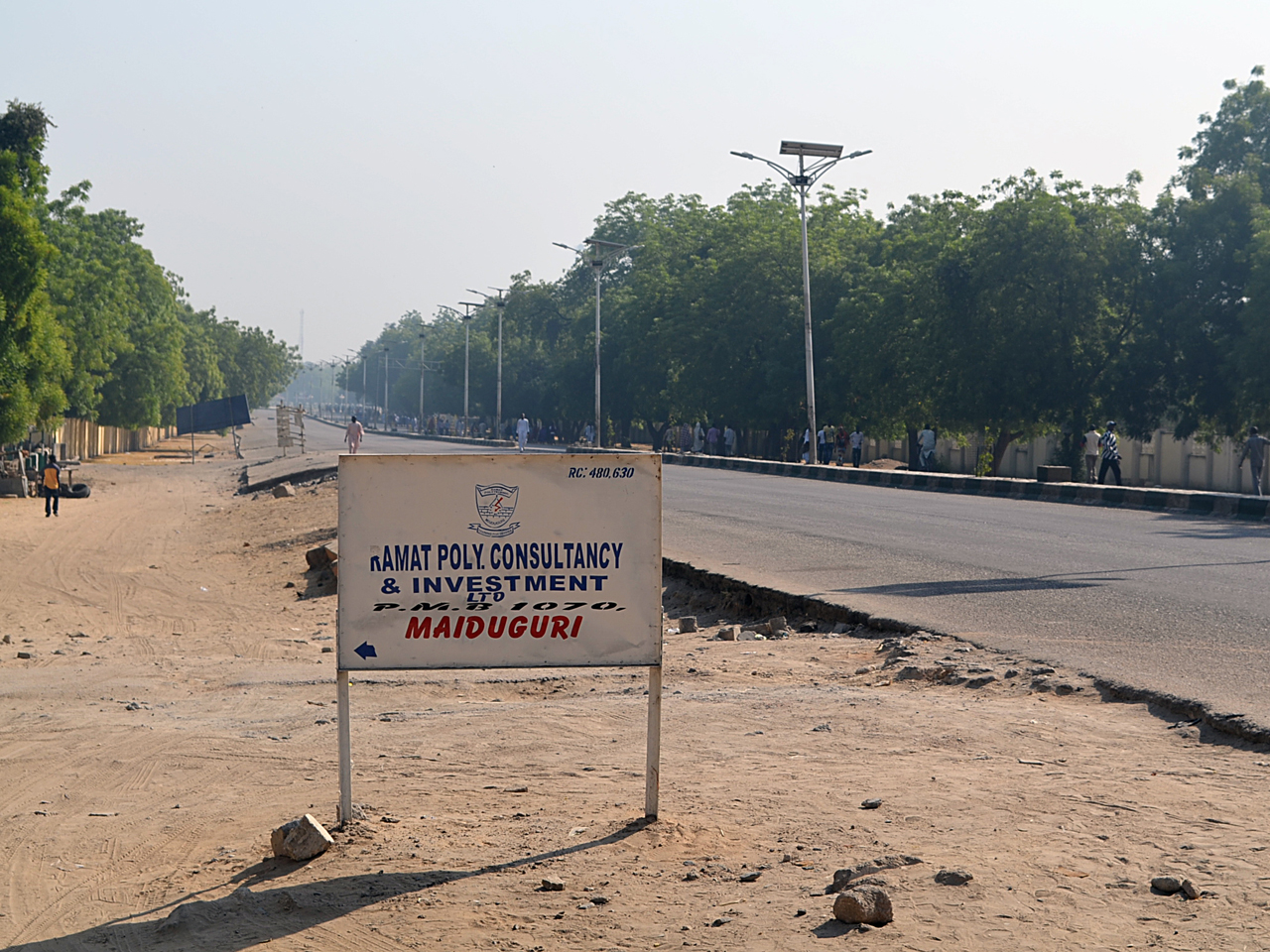 MAIDUGURI, Nigeria - Hundreds of Islamic militants in trucks and a stolen armored personnel carrier attacked an air force base and international airport on the outskirts of a Nigerian city before dawn Monday, officials and witnesses said, possibly leaving scores of people dead in one of the insurgent group's most daring attacks.

A military official who was at the base said he saw three aircraft and several vehicles hit in the attack. The state government quickly ordered everyone to stay home and extended a night-time curfew to 24 hours in Maiduguri, the city near the air base which is also the birthplace of the extremist Boko Haram movement.

The militants also attacked Maiduguri International Airport, the official said, and airlines reported it has been closed. International flights to Maiduguri stopped months ago but domestic flights had continued.

Explosions and automatic gunfire could be heard across the northeastern city from around 2:30 a.m. when the insurgents launched the attack with screams of "Allahu akbar," or "God is great."

Civilians living around the military base, which is off a main road, said they saw bodies with slit throats and corpses of insurgents burning in vehicles.

The witnesses and officials spoke only on condition of anonymity for security reasons.

The attack comes a week after the military bombarded forest hideouts of the Boko Haram terrorist network near the border with Cameroon with air strikes and ground assaults.

One military officer put the number of attackers at around 500. It was unclear how such a large convoy could move undetected at night in an area under curfew, though the insurgents have seized many military vehicles and arms at the scenes of other attacks and witnesses have said they sometimes wear the same military fatigues as the Nigerian army.

President Goodluck Jonathan imposed a state of emergency in May in three states, acknowledging the insurgents had seized control of many towns and villages, and flooded the area with security forces. The military quickly forced the militants out of urban centers but have appeared unable to halt attacks on soft targets like schools, remote villages and major highways where they set up impromptu roadblocks.

Last week, army spokesmen said troops are increasing security and deploying to border villages amid fears of attacks over the Christmas holidays and that the insurgency has spread to neighboring Niger, Cameroon and Chad. Boko Haram militants have claimed last month's kidnapping of a French priest in northern Cameroon, who had given refuge to Nigerian Christian refugees from the insurgency.

Hundreds of residents have fled Maiduguri, capital of Borno state, according to witnesses. Residents at the Borno state border with Adamawa state said more than 1,000 people, mainly women children and the elderly, are at the state border where they appear to feel safer.

The Islamic extremist uprising began in 2009, has killed thousands and threatens the security and cohesion of Africa's biggest oil producer and its most populous nation, with more than 160 million people, divided between the mainly Christian south and the predominantly Muslim north.

The extremists say they want to impose Islamic rule across all Nigeria.

In one of the group's highest-profile attacks, a Boko Haram member detonated a car bomb at the United Nations main offices in Nigeria's capital, Abuja, on Aug. 26, 2011, killing 25 people and wounding more than 100 others. The United States last month designated Boko Haram a terrorist organization.