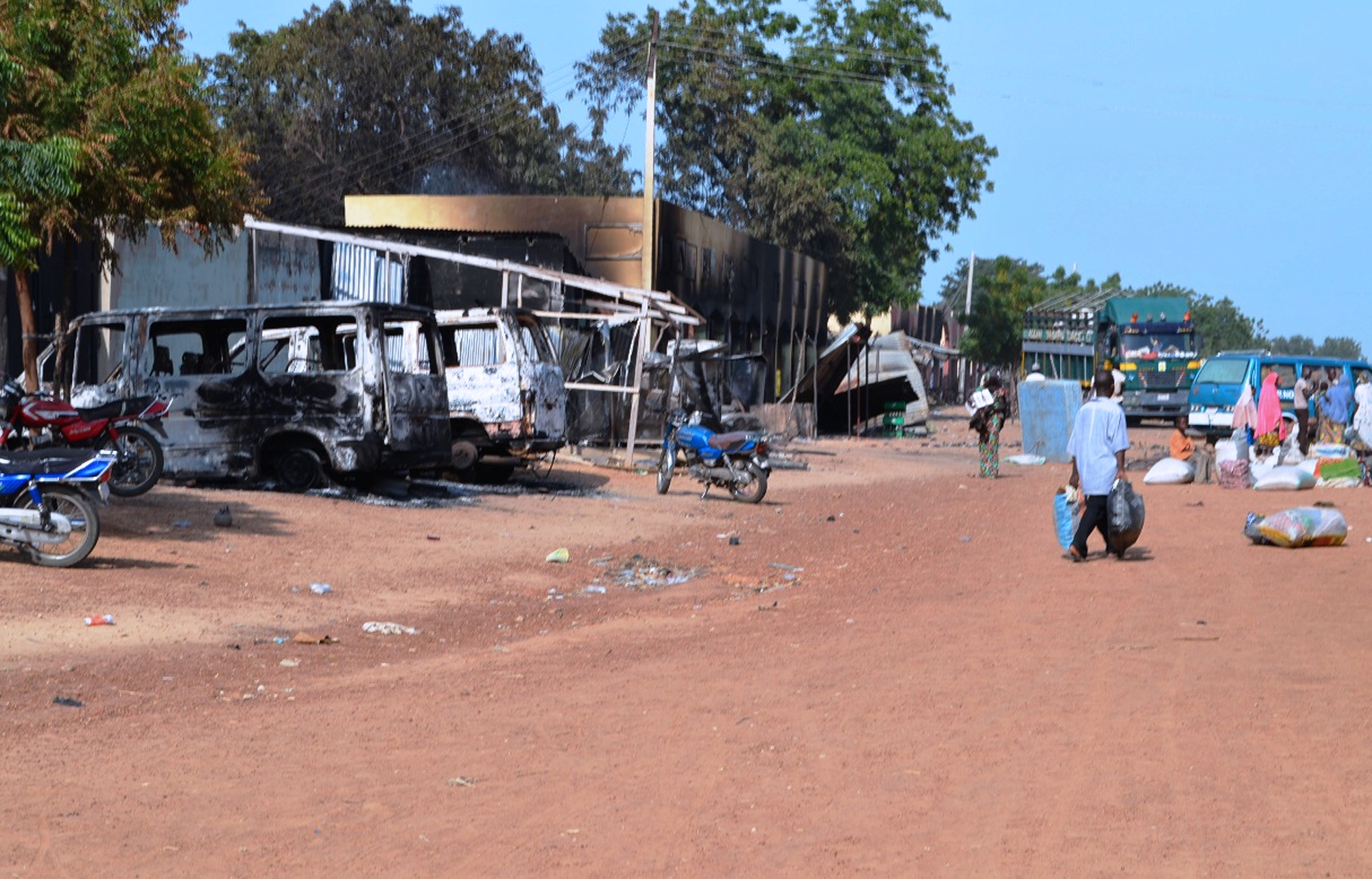 BENISHEIK, Nigeria Searching roadsides, bushes and fields, environmental agency workers have recovered the bodies of 143 civilians killed by suspected extremists, an official said of one of the highest death tolls in an Islamic uprising in northeast Nigeria.

Two soldiers and three police officers also were killed, according to a soldier who spoke to The Associated Press on condition of anonymity because he was not authorized to speak to the press during a visit Thursday with Borno state Gov. Kashim Shettima, who was under heavy military protection.

He indicated that the soldiers actually led the attackers to the village.

"We had to retreat to our base to reinforce after running out of ammunition. We had to run for our lives," said the private, who said he hid in a millet plantation. "But they followed us down and surrounded our base and began to shell our building. We couldn't stand the heat of their superior firepower. We had to retreat into the village after they killed two of our soldiers and three policemen."

He said the attackers finally retreated in triumph, taking off with an additional four military patrol trucks and two light armored tanks.

Such accounts challenge the Nigerian military's insistence that it is winning the war since a state of emergency was declared May 14 to put down the insurrection by extremists who want to enforce strict Shariah law throughout Nigeria, Africa's most populous nation of more than 160 million people almost equally divided between Muslims and Christians.

Boko Haram and breakaway groups had taken control of large tracts of land and some villages and towns in the north when Nigerian President Goodluck Jonathan declared the state of emergency, banned Boko Haram and ordered a joint task force of soldiers and police to break an insurgency that poses the greatest risk in years to stability in Nigeria.

Boko Haram -- which means "Western education is sacrilege" -- has continued waging attacks in the north, forcing 19,000 rice farmers off their land in June. The group was blamed for more than 430 deaths in Nigeria in 2012.

An AP reporter watched as Environmental Department workers piled corpses swollen by the tropical heat into trucks at the near-deserted village where hundreds of homes had been torched.

"We have been picking corpses off the roadsides all day, there are more in the bush ... We have so far picked up 143 corpses," said Abdulazeez Kolomi, an assistant at the Environmental Protection Agency.

Women and children were being helped to clamber up into other vehicles as villagers continued to flee their homes.

"Our houses have been burned, we lack food to eat, we have been sleeping in the bush and cannot bear the hardship with the children crying," said 56-year-old Kaltume Baba-Haruna.

The few remaining residents said they are angry at both the government and the military for not protecting them.

Villager Abacha Wakil said the gunmen invaded the town at about 7.45 p.m. Tuesday and did not leave until about 3.30 a.m. When they ventured back to the village from the bushes where they spent the night they discovered the beheaded bodies of 14 young men, most belonging to a vigilante group set up to fight the extremists, he said.

Army Brig. Gen. Muhammed Idris Yusuf pleaded with the villagers to not lose confidence in the military. "We share your pain and we promise to beef up the presence of soldiers around Benisheik," he said. "We have not abandoned you as you think: Our troops ran out of ammunition and that was why they withdrew to reinforce. They are now back and more are coming," he promised.