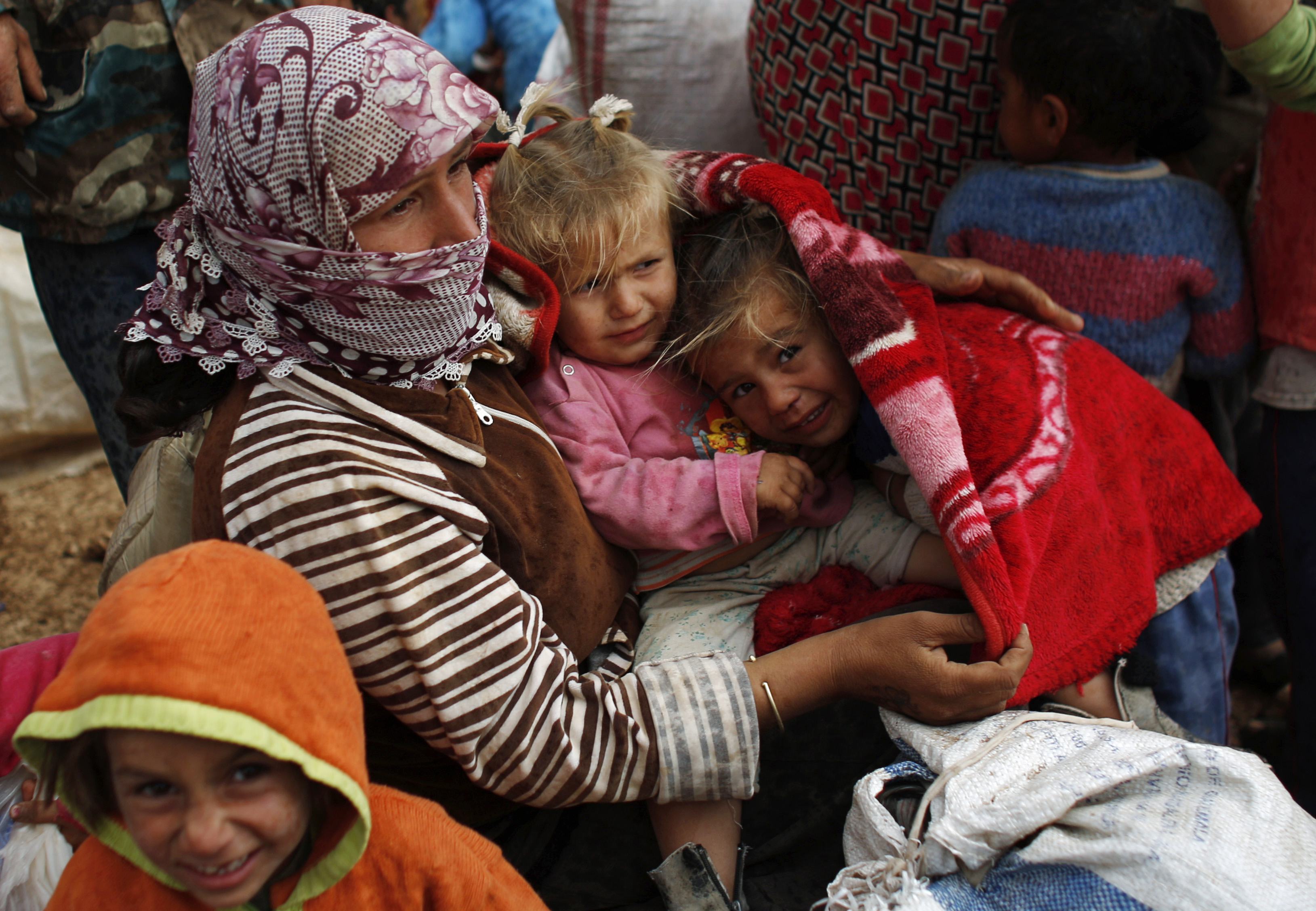 ANKARA, Turkey -- Turkey's parliament approved a motion Thursday that gives the government new powers to launch military incursions into Syria and Iraq and to allow foreign forces to use its territory for possible operations against the Islamic State of Iraq and Syria (ISIS).

Parliament voted 298-98 in favor of the motion which sets the legal framework for any Turkish military involvement, and for the potential use of Turkish bases by foreign troops.

Meanwhile, the militants pressed their offensive against a beleaguered Kurdish town along the Syria-Turkey border. The assault, which has forced about 160,000 people to flee across the frontier in recent days, left Kurdish militiamen scrambling Thursday to repel ISIS extremists pushing into the outskirts of the northern Syrian town of Kobani, also known as Ayn Arab.

Turkey, a NATO member with a large and modern military, has yet to define what role it intends to play in the U.S.-led coalition against ISIS.

Parliament had previously approved operations into Iraq and Syria to attack Kurdish separatists or to thwart threats from the Syrian regime. Thursday's motion expands those powers to address threats from the Islamic State militants who control a large cross-border swath of Iraq and Syria, in some parts right up to the Turkish border.

"The motion prepares the legal ground for possible interventions, but it is too early to say what those interventions will be," said Dogu Ergil, a professor of political science and columnist for Today's Zaman newspaper.

Ergil said the motion could allow Iraqi Kurdish fighters, for example to use Turkey's territory to safely cross into Syria, to help Syrian Kurdish forces there, or the deployment of coalition forces' drones.

The motion comes as ISIS moved closer into Kobani, right across the border from Turkey, despite renewed U.S.-led airstrikes in the area overnight, according to a senior fighter and activist. The United States has been bombing ISIS across Syria since last week and in neighboring Iraq since early August.

Ismet Sheikh Hasan, a senior fighter, said the Kurdish forces were preparing for urban clashes in Kobani in a desperate attempt to repel the militants.

The fight for Kobani has raged since mid-September, sending over 160,000 Syrian Kurds streaming across the Turkish border in one of the worst refugee crisis since the war began over three and a half years ago.

Britain-based Syrian Observatory for Human Rights, an activist group tracking the Syrian conflict, reported that ISIS fighters were, in some cases, just "hundreds of meters (yards)" from Kobani on its eastern and southeast side. The militants were about a mile away on the southern side of town.

In a statement, the Observatory said it had "real fears" that the militants would storm Kobani and "butcher civilians remaining in the city."

That included explosions heard overnight around the Kobani area, believed to be caused by U.S. strikes, said Hasan. There was no immediate confirmation from Washington on the latest airstrikes. The strikes were also reported by the Britain-based Syrian Observatory for Human Rights, an activist group tracking the Syrian conflict.

Turkey had been reluctant to join its NATO allies in a coalition against ISIS militants, citing worries about the safety of Turkish hostages held by the group. It reversed its decision after the hostages' release earlier this month.

President Recep Tayyip Erdogan has called for the creation of a buffer zone inside Syria as well as a no-fly zone to secure Turkey's borders and stem the flow of refugees. He has also called for military training and equipment for the Syrian opposition fighting the regime of Syrian President Bashar Assad.

"In the struggle against terrorism, we are open and ready for every kind of cooperation. However, Turkey is not a country that will allow itself to be used for temporary solutions," Erdogan said Wednesday.

The motion also cites a potential threat to a revered mausoleum inside Syria that is considered Turkish territory. The tiny plot of land that is a memorial to Suleyman Shah, grandfather of the founder of the Ottoman Empire, is guarded by Turkish troops.

Meanwhile, ISIS militants launched an assault Thursday on a small town in western Iraq, a military spokesman said, as the United Nations warned that 10 months of violence in the country has taken a heavy toll on civilians.

Iraq is in its worst crisis since the 2011 withdrawal of U.S. troops as Sunni militant groups led by ISIS have seized a third of the country since early this year. In one lightning offensive over the summer, Iraq's U.S.-trained army and security forces melted away as the extremists advanced and captured key cities and towns in country's north.