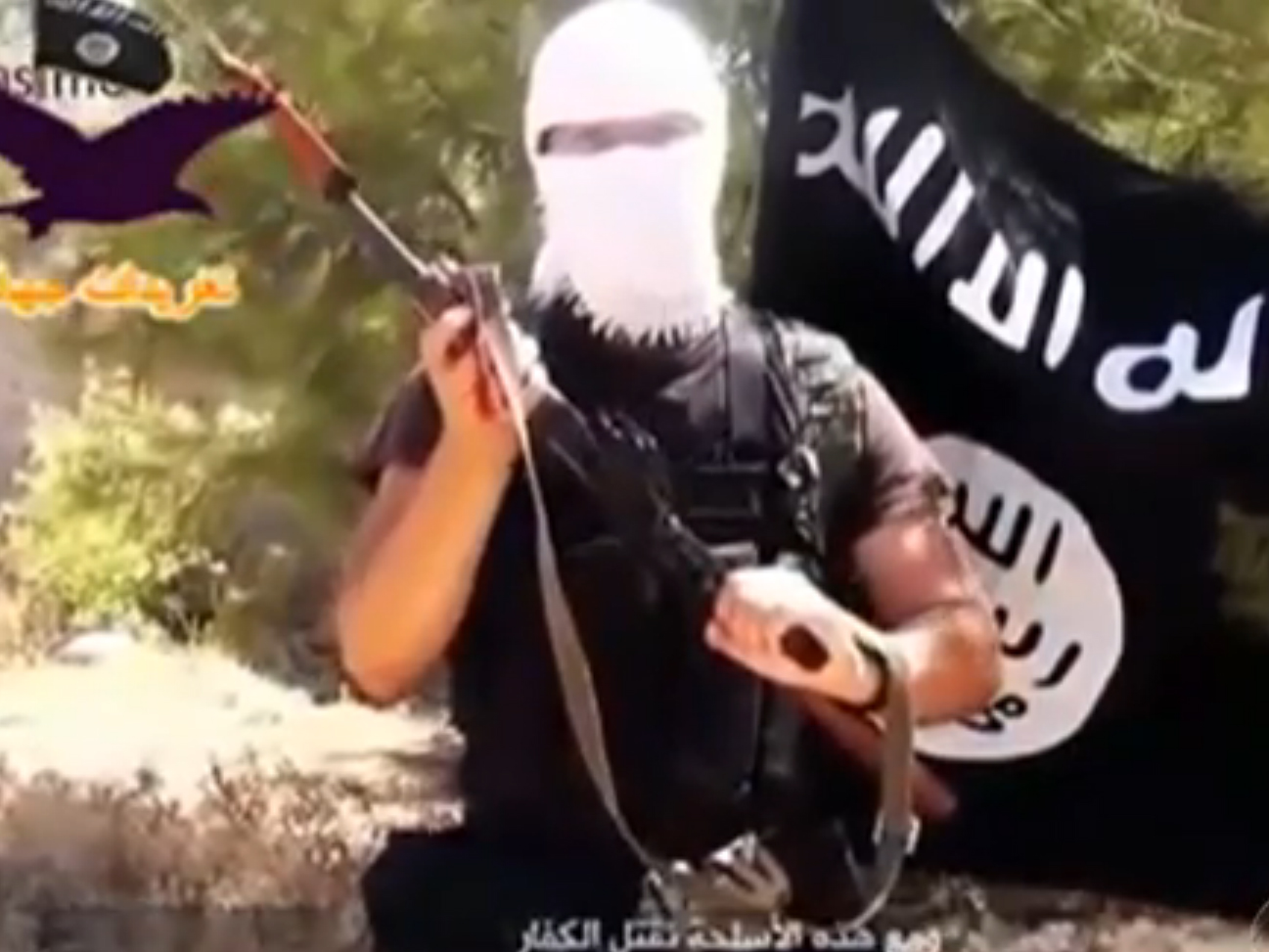 When the Islamic State of Iraq and Syria rolled into northern Iraq in June, CBS News reported on the Sunni militant group's sophisticated and brutal use of social media. Since then, even after U.S. airstrikes and the deletion of many of the group's social media accounts, ISIS has continued to leverage social media to promote its cause and threaten its enemies.

A favorite tactic of the group and its online allies is one familiar to many social media marketers: Co-opting trending hashtags to broaden a message's reach. This weekend, that hashtag was #napaquake, and posts about Northern California earthquake were mixed with threats against the United States, attacks on President Obama and gruesome photos of dead American soldiers.

One image posted under #napaquake featured the White House on fire in the background, with a masked fighter hoisting an assault rifle in the foreground. The photo read: "IF AMERICAN ENTERED THE WAR WE WILL INVADE IT'S [sic] TERRITORY."

When a hashtag trends on social media sites like Twitter, interest in that hashtag builds on itself. The hashtag pops up on trending lists, and users will often search the term to see what the buzz is about. The militant group's members and sympathizers apparently hope by incorporating such hashtags into their messages, those messages will be seen by unwitting readers not necessarily looking for the latest jihadi propaganda.

For ISIS, any trending topic will do. This weekend, the group's violent propaganda also appeared alongside #AskRicky, a trending hashtag used by Youtube personality Ricky Dillon to solicit questions from his fan base. This isn't new. The group has hijacked hashtags related to the World Cup and even the Ferguson protests.

ISIS has also proven adept at generating its own hashtags. As IntelWire editor and terrorism analyst J.M. Berger told CBS News in June, the group has used specialized apps to amplify its messages on social media, and get its pre-approved hashtags trending in various areas. Earlier in ISIS' campaign, those messages were directed at Iraqi soldiers and civilians in places like Baghdad. Now, many of those messages are directed at the United States.

The newest of those hashtags is #StevensHeadInObamasHands, a threat against American journalist Steven Sotloff who is believed to be held captive by ISIS in Syria. As Vocative reports, the hashtag was released in an online forum where the group "tends to post publications and instructions."

One of the images posted with the hashtag shows an image of a man purported to be Sotloff kneeling beside a man who is gripping the collar of his shirt. President Obama's head has been superimposed onto the other man's body. The text reads: "WHY WOULD I CARE ABOUT HIM?"

ISIS has also been on the receiving end of hijacked hashtags. When the group and its sympathizers posted threats to the United States in early August with the hashtag #AmessagefromISIStoUS, American social media users were quick to respond with messages back to ISIS using the same hashtag. One image showed a bald eagle giving the finger. The text: "Jihad this!"