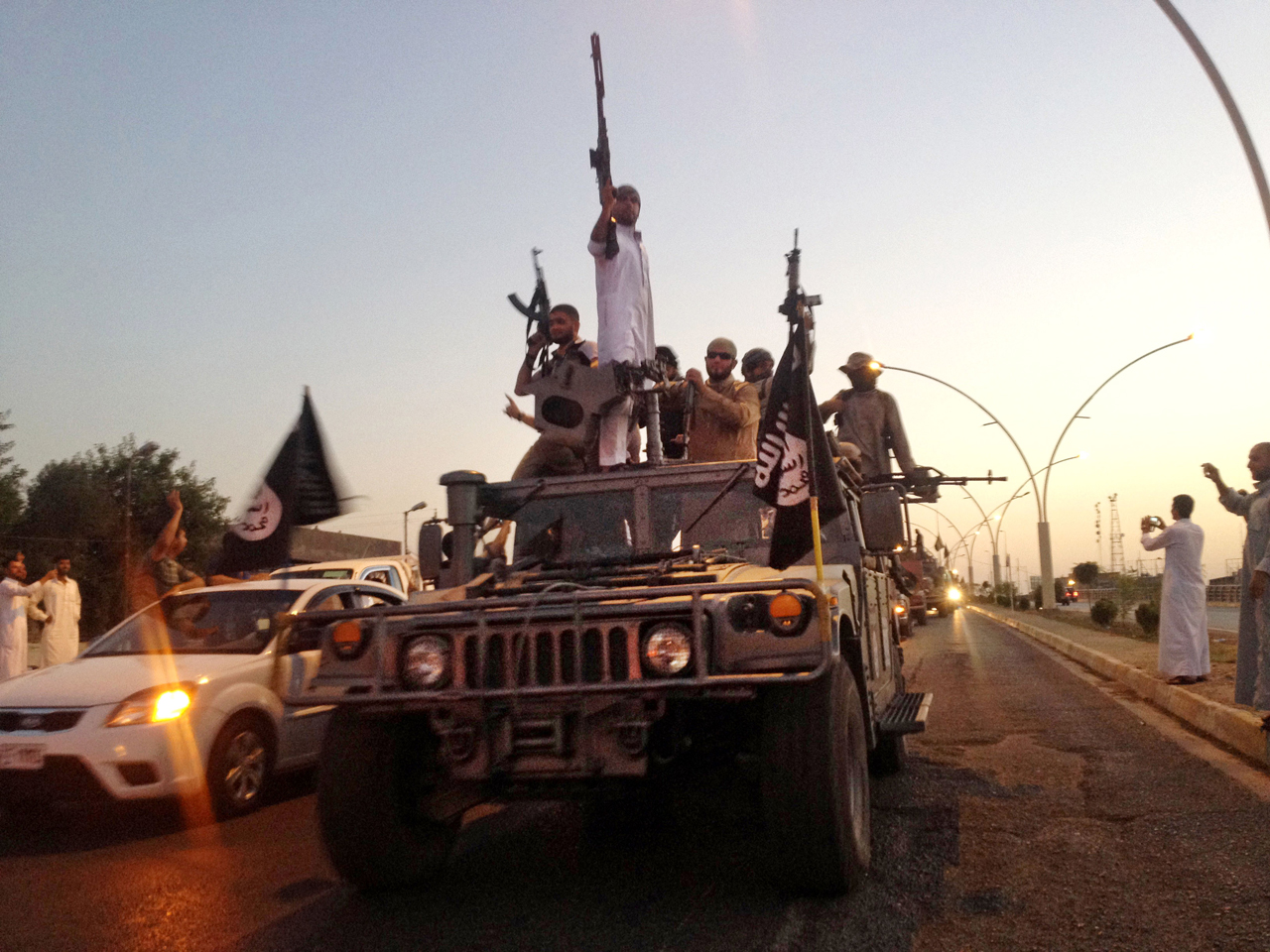 U.S. Air Force Col. Patrick Ryder said in a statement that Central Command couldn't confirm whether Abu Bakr al-Baghdadi, the leader of the Islamic State of Iraq and Syria, or ISIS, was present during Friday's airstrikes near Mosul.

"We have no further information to provide regarding these strikes," Ryder said.

Meanwhile, authorities said Saturday a suicide truck bomber targeting the convoy of a top Iraqi police officer killed eight people, including the ranking official, in an attack that bore the hallmarks of ISIS militants.

The late Friday attack happened when the suicide attacker drove his bomb-laden truck into the convoy of police Lt. Gen. Faisal Malik al-Zamel, who was inspecting forces in the town of Beiji north of Baghdad, police said. The blast killed al-Zamel and seven other police officers, while wounding 15 people, hospital officials and police officers said.

Also, a series of bombings in and around the capital Baghdad Saturday killed at least 43 people, with the deadliest blast hitting the city's sprawling Shiite district of Sadr City, where a car bomb tore through a commercial area, killing 11 people and wounding 21.

There has been an uptick in the number of bombings blamed on Sunni militants in the capital and mostly targeting Shiites, feeding sectarian tensions in the city, as the security forces of the Shiite-led government battle the Sunni militants of ISIS to the west and north of the capital. More recently, the attacks targeted Shiite pilgrims marking Ashoura, the highlight of the sect's religious calendar.

No one immediately claimed responsibility for the attack in Beiji, 155 miles north of Baghdad, but suicide bombings have been the signature style of Sunni militants for more than a decade in Iraq.

"Beiji will be the graveyard of Daesh," said a clearly moved al-Saadi on state television. Al-Saadi, the army's chief of operations in the province of Salahuddin, was using the Arabic acronym for ISIS.

Al-Saadi and al-Zamel have been leading the ongoing battle to rid Beiji, which is located in Salahuddin, of ISIS fighters who swept into the city last summer. "We have cleansed many of Beiji's neighborhoods and we will shortly announce its complete liberation," said al-Saadi.

A U.S.-led coalition has been launching airstrikes on ISIS militants and facilities in Iraq and Syria for months, as part of an effort to give Iraqi forces the time and space to mount a more effective offensive. ISIS had gained ground across northern and western Iraq in a lightning advance in June and July, causing several of Iraq's army and police divisions to fall into disarray.

On Friday, President Obama authorized the deployment of up to 1,500 more American troops to bolster Iraqi forces, including into Anbar province, where fighting with ISIS militants has been fierce. The plan could boost the total number of American troops in Iraq to 3,100. There now are about 1,400 U.S. troops in Iraq, out of the 1,600 previously authorized.

"What is needed from the U.S. is that it should work to bring the Iraqi people together," said Hamid al-Mutlaq, a Sunni Iraqi lawmaker. "America, and others, should not become an obstacle that hinder the Iraqis' ambitions for a free Iraqi decision that serves the interests of Iraq"

Besides the Sadr City bombing, at least nine people were killed and another 18 wounded when a car bomb tore through a commercial street lined with restaurants in the southeastern Baghdad neighborhood of al-Amin. Two car bombs also killed eight people and wounded 16 on a commercial street in Baghdad's southwestern Amil neighborhood, police officials said.

A car bomb also detonated on a commercial street in Baghdad's busy central al-Karadah district, killing seven people and wounding at least 21, officials said. In Yousifiya, a town just south of the capital, two people were killed and four wounded in a bombing near a fruit and vegetable market. Another car bomb struck Zafaraniya in southeastern Baghdad, killing six and wounding 13, officials said.