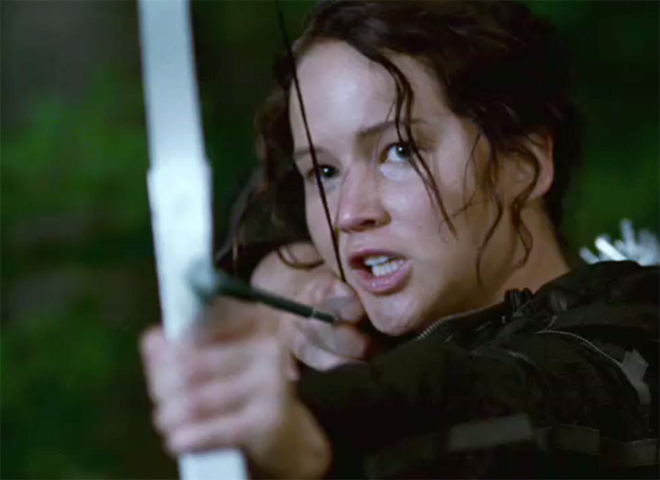 (MoneyWatch) Many of us have been there. Your company decided to do "stretch goals," or, if an executive had recently read a Jim Collins book, "BHAGs" (big, hairy, audacious goals). Someone -- often a senior executive -- may have encouraged you to "treat it like a game," and "make it fun." The tag line is: even if we get to 50 percent of the goal, we'll be in great shape. Its high-fives all around as people set insanely high goals, just to show people (and themselves) what they can do.

Then, several months later, it's as if you've traded places with someone in an alternative reality, like something out of "Fringe." It looks like your company. The people are the same. But the fun of going for an insanely high goal has been replaced with the direness of having to hit it. Somehow "wouldn't it be fun if we..." turned into "we will do this at all costs." People are now striving to hit their individual targets, or at least look less bad than others. Throwing people under the bus has become a basic tool of survival. The coin of the realm is now a weird mixture of blame and trust: it's his fault I'm not doing better, but trust me to get you what I can, in spite of the incompetence around me.

All of this is the result of stretch goals that were bundled together and sold to someone -- a board of directors, Wall Street, analysts, or in one case I saw, golfing buddies of the CEO. When stretch goals become promises, your company becomes "The Hunger Games."

When an employee begins down the death spiral -- failing but with no one to blame -- the others watch with terror and fascination. Who will be next? The team spirit this "game" was supposed to create seems more "The Hunger Games" with the goal being to be the last one standing, or at least, the one with less blame stuck to you. Alliances are temporary and based on the need to gang up on another person, or prevent a rival group from out-blaming us.

What's gone so wrong here? It's an answer as profound as it is subtle. There are four, and only four, differences between goals that turn companies into "The Hunger Games" and those that actually are fun games that build a more capable organization as they also get important work done.

First, your company becomes "The Hunger Games" when the drive to hit goals cannibalizes assets. The vast majority of companies I've seen use this approach of burning through resources to hit goals, and many executives are then surprised that the company is too depleted to function after the process is over.

Contrast this approach with an assets-developing goal. Each time Apple (AAPL) rolls out a new product, they have more cult-like users, a stronger brand and a greater sense that they can change the world. A condition of setting effective stretch goals needs to be that the act of going for the goal will create a more able organization, not bleed it dry.

Second, companies focus on execution and not on culture. Think of the push for execution as a withdrawal from a company's supply of motivation, energy and creativity. You get the task done, but the balance falls. As the balance gets close to zero, people suffer from decision fatigue, so future decisions are both harder and of poorer quality. As people get tired, they make bad decisions -- and we're now into the death spiral.

Third, "Hunger Game" goals produce no visceral sense of progress or collaboration. These two factors have been shown to sustain motivation over the long term. Without them, personal burnout sets in. I've seen many technology companies use Scrum as a "death march": the moment one task is done, another is handed to them, without even a second of congratulations or a word of praise. With burnout comes a search for short cuts, and blaming others is one of the easiest. By the time people get to the goal, or drop in the process, they are burned out, frustrated and probably feel used. They are about as ready for another stretch goal as -- "Hunger Games" spoiler alert! -- Katniss Everdeen was ready to reenter the arena in the second book.

Think of refocusing on the enduring values of a culture, its history and legacy, as deposits in the same bank. Also doing a "retrospective" -- a look back at recent company events to notice what went well, what didn't, and what specific guidelines can make future events more positive -- also counts as deposit. Unless executives "get it" about culture, the move to accomplish stretch goals causes a run on the bank, and checks start bouncing. Your company becomes "The Hunger Games" when the bank closes.

Fourth, the process is run by autocratic leaders who give, and then remove, decision-making power, resulting in a whip-sawed workforce. When leaders say, "Make it fun," they are sending two messages at once. One is overt, and the other is hiding in the background. The overt message is what we hear: "make it fun," while hiding in the shadows is: "I'm in charge, and I grant you the power to have fun here." Later, when people are tossing blame around, poor performers are dropping dead, the message is now perfectly clear: "I'm in charge here, and you better get this done or there will be hell to pay." Ironically, the blame that gets tossed around in "The Hunger Games" phase of stretch goals ultimately undoes the leader who started the process. As I read "The Hunger Games" books, President Snow reminded me of many famous corporate executives. When people see a leader's dark use of power, they will never trust that person again, and will blame him for everything that happens.

Has your company become "The Hunger Games?" If so, I hope you'll post a message below.