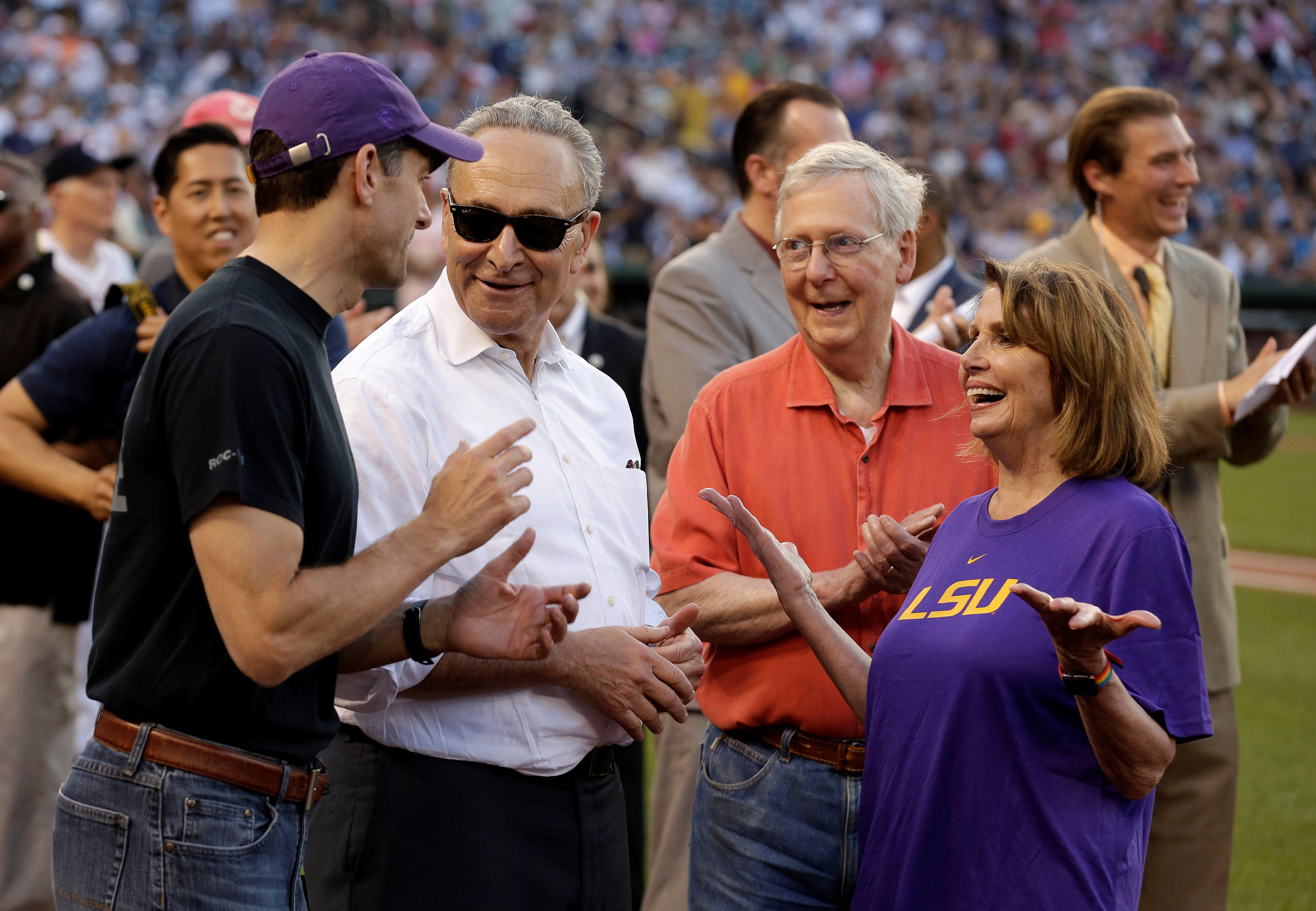 Senate Republicans' second attempt at repealing and replacing the Affordable Care Act died Monday with the opposition of two additional GOP members, and Senate Majority Leader Mitch McConnell's proposal to simply repeal Obamacare with no replacement appeared to be dead on arrival  -- with three Republican opponents by lunch the next day.

The Kentucky Republican made it clear on the House floor Tuesday night that he intends to proceed with his plan to repeal the law "early next week," even though the effort already has enough GOP no votes to defeat it. Thus far, Republicans have depended on votes only from within their own party, attracting no Democratic support in the House or the Senate.

Democrats for weeks have cried foul over Republicans' decision to keep them out of the health care bill negotiations. But, with two failed attempts under their belts, if Senate Republicans want anything more productive than President Trump's "let Obamacare fail" strategy, they are likely to need Democratic support.

"It wasn't that they came to us and we sat down and we couldn't agree," Senate Minority Leader Chuck Schumer (D-New York), said in a stakeout with reporters. "They closed us off. They thought they could do it on their own. Now it's clear they can't. And the door is open again and we would welcome them walking through it for the good of America."

The two parties won't agree on everything, but Schumer said a few options exist.

"Look we're not going to find common ground on everything, but we can find some common ground," Schumer said.

So, what could that elusive common ground be?

Cost-sharing subsidies -- albeit perhaps with not as much funding as exists today -- are one plausible area of agreement, said Gary Claxton, vice president at the Kaiser Family Foundation. Obamacare introduced the cost-sharing subsidies to the market, giving money to insurance companies intended to lower out-of-pocket costs for Americans earning up to 250 percent of the federal poverty line.

"I think there would be agreement that that is pretty important if you want lower-income people to continue to participate," Claxton said.

At the same time, Mr. Trump could theoretically end the subsidies at any time, which is making health insurance companies uneasy.

Tucked into the Senate GOP's latest version of health care reform was already $45 billion in funding to fight America's opioid epidemic -- up from $2 billion in the original bill. Still, Democrats have also expressed the need to fight a crisis that killed more Americans than automobile accidents did last year.

Democrats and Republicans may not be able to agree on how to manage Medicaid, a significant resource for many low-income Americans fighting addiction. But Republicans -- and likely Democrats -- are willing to devote a dedicated funding source to address the crisis.

The biggest problem in the health care debate isn't necessarily the difference in what the GOP and Democrats want to provide, it's how to find the money to provide it, Claxton said.

"It's not hard to agree on spending money if you have it," Claxton said.

That could include any of a number of reforms, like promoting interstate medical licensure of physicians or rethinking the Food and Drug Administration (FDA), which regulates pharmaceuticals Graboyes said. The European Union, for instance, has a flexible "constellation" of drug-approving entities that are publicly certified, but privately run, Graboyes said. The FDA is struggling to keep up with developing technology, and moving towards more of a European-style model for pharmaceuticals could be one way to address that, Graboyes said.

Medicare reimbursement drives much of the funding for other types of private and public insurance, but the way Medicare operates, it mostly allows the providers of a service or product to determine how much they want to receive in payment. The pricing, Graboyes said, is "irrational."

"By and large it's the people who are being paid who made the recommendations for the costs," Graboyes said.

But that may be too complicated to address for now.

Her proposal would allow people in abandoned markets to buy insurance from the D.C.-based health care insurance exchange that members of Congress and their staffs use. It's more of a temporary fix than a long-term solution, since almost all health care is delivered locally and, according to health care experts, selling insurance across state lines is more complicated than it sounds.

Is there a path forward for common ground?

"Until Republicans make a serious effort to actually compromise, rather than try to force Democrats to meet them 98 percent of the way, there isn't a path forward, and I predict the Republicans are going to move on rather than compromise," said Gerald Kominski, director of the UCLA Center for Health Policy Research.

"Republican governors in expansion states will breathe a sigh of relief, because they know Medicaid expansion is working," he added.

But these small fixes may go nowhere, as long as most Republicans and Democrats are separated by the chasm of Obamacare.

"They're not close, because most of the Republicans want to repeal," Claxton said.