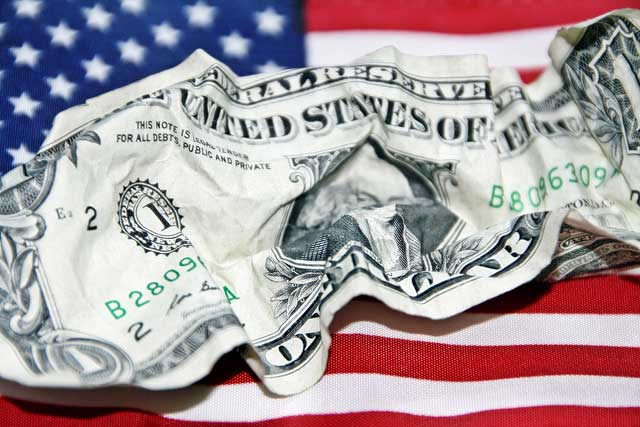 (MoneyWatch) Over the past few weeks, I have received many requests to comment on the issue of the long-term financial health and stability of the U.S. economy. While it would take a book to fully address that issue -- and some authors have already attempted to do so -- we'll take a brief look at the concerns today's investors have. As always, keep in mind that my crystal ball is always cloudy.

Probably the greatest concern is that the U.S. is destined to be the next Greece. The fear arises because we are racking up the same type of huge budget deficits that Greece did, and we will continue to rack them up unless the entitlement-spending problem is addressed. Also fueling this fear is that many expect the Federal Reserve's bond-buying program to lead to an inevitable rapid rise in inflation, and thus interest rates.

It's important to recognize that these risks are real. However, consider that if we see these potential problems looming, so do policymakers. And they've already starting taking action. We had a large tax increase at year-end 2012, the sequestration has taken effect, and other measures seem almost certain to be implemented. The actions already taken have changed the trajectory of the debt relative to our economy. Today it's estimated that our $16.7 trillion total debt is now 106 percent of the $15.8 trillion economy. As bad as that sounds, that figure is about half of Japan's.

While it's possible that such a high debt level might impact the future growth of the economy, it's not certain. A famous paper by Carmen Reinhardt and Kenneth Rogoff found that countries with debt-to-GDP ratios above 90 percent had a negative average growth rate. However, recent research has called into question the findings of the paper, as it was found that the researchers made some miscalculations.

At any rate, it's certainly possible, if not likely, that further actions will be taken to reduce the risks of such a high debt level. And remember, if government officials don't show the will required to make the tough decisions, the markets will force action by refusing to lend money at some point. And then actions will be taken; only they will be more painful. Summarizing, I'm far more optimistic that we'll address the deficit problem before the markets (the so-called bond vigilantes) force action. Again, it's not certain, but that risk is exactly why stocks have high expected returns relative to riskless investments.

The other issue that's of great concern to investors is that the Fed's easy monetary policy will inevitably lead to rapid inflation. First, it's important to point out that inflation is everywhere and anywhere a monetary phenomenon. And despite what many people seem to think, the rate of money supply growth hasn't been rapid. In fact, the rate of growth of M2 over the past five years has been about 6.5 percent. Typically, money supply should be consistent with growth in nominal GDP, so if we experience 3 percent growth and 3 percent inflation, we should expect the money supply to grow by about 6 percent. Thus, the factual data doesn't support the view that we should expect rampant inflation.

Now it's true that the Fed's policy of quantitative easing, leading to an expansion of its balance sheet from about $1 trillion before the financial crisis to more than $3 trillion (and growing), does present the risk of future inflation -- if and when the velocity of money reverts to its mean and increases. However, the Fed is well aware of that risk (economists remind them of that daily) and is thus likely to take action to unwind the policy when they believe it's appropriate. It's also important to understand that the Fed doesn't have to actually sell bonds to contract its balance sheet. It can also simply let the bonds it holds mature or raise its reserve requirements for banks, reducing the amounts banks have available to lend, thereby dampening inflationary risk through that mechanism.

Perhaps it's the recognition of these points that explains why neither the bond market nor professional economists are expecting anything of the kind. We can obtain an estimate of what the market's forecast of inflation is by looking at the difference between the roughly 1.7 percent yield on 10-year nominal bonds and the roughly -0.6 percent yield on 10-year TIPS. The difference, 2.3 percent, is what's called the breakeven rate. The market's estimate of inflation is even lower because some portion of the 1.7 percent yield of the nominal bond is a risk premium for unexpected inflation. At any rate, investors in aggregate don't appear to be concerned about rampant inflation. As to the forecast of economists, the Philadelphia Federal Reserve's First Quarter 2013 Survey of Professional Forecasters has a 10-year forecast of 2.3 percent. Again, they don't believe rampant inflation is likely, let alone inevitable.

The bottom line is that our deficit situation and the expansion of the Fed's balance sheet do poise risks to investors, but there are always risks. There's never a green light that let's you know that it's safe to invest.

There's one last point I would like to address. I've noticed that the vast majority of the questions I receive about the long-term financial health of our economy come from people who would describe themselves as Republicans and/or conservatives. I rarely hear these issues from Democrats/liberals. This should at least raise the question that perhaps we're unaware our decisions are being influenced by our beliefs and biases. The research shows that our views toward both the financial markets and the economy are influenced by our political affiliation. For example:

My own anecdotal experience backs up the findings from academic papers, as the majority of calls and e-mails I received came from those who had voted Republican. Being aware of the tendency to make mistakes is the first step toward preventing them.