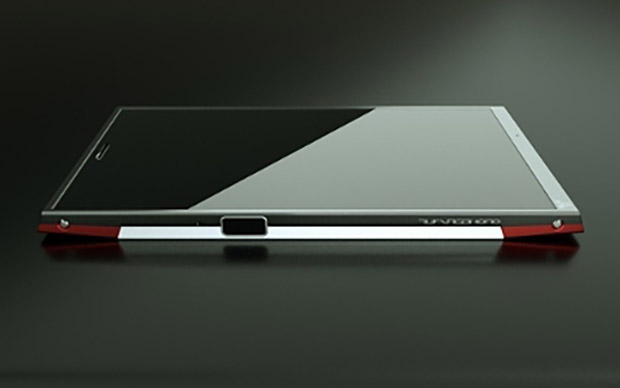 The mission statement of Turing Robotics Industries is "to help individuals and organizations create trustworthy networks in which communications and data are safe from cyber threats."

Enter: The Turing Phone, an Android-based handset that eliminates the middleman in data encryption to keep your info secure. The phone uses proprietary "end-to-end authentication" that doesn't require a third-party server to provide encryption keys to protect your banking information, photos and other sensitive information as you send it from your phone to someone else.

S.Y.L. Chao, CEO of TRI, sees those third parties as potential exposures, the weak links in a delicate chain of communication. By building a master public key and a user-unique private key into the phone, all encryption and decryption can be done exclusively in the hardware, without having to involve a remote -- and therefore hackable -- connection to a centralized "key center." (Indeed, Chao refers to his technology as "decentralized authentication.")

But there's the rub. Only phones with this Turing Imitation Key can be part of what Chao calls "the circle of trust," within which users can feel confident their data is going only where it is intended, with no stops in between. If you want to communicate with someone who doesn't have a Turing Phone in hand, you'll have to use one of those potentially fallible third-party authenticators.

The company says its anonymous key distribution infrastructure can provide unique keys to an infinite number of devices. But first they have to sell at least one. And for it to truly be put to the test, they actually have to sell at least two. And the two buyers have to know each other (and have some reason to send wire transfer details or their social security numbers).

The Turing Phone will be available for preorder on the company website beginning July 31. A 16-gigabyte handset is priced at $610. The 128GB model will go for $870.

For a review of the handset itself -- which Chao, in an interview with Wired, called the Lamborghini to every other phone's Volkswagen -- head over to our partners at CNET.com.