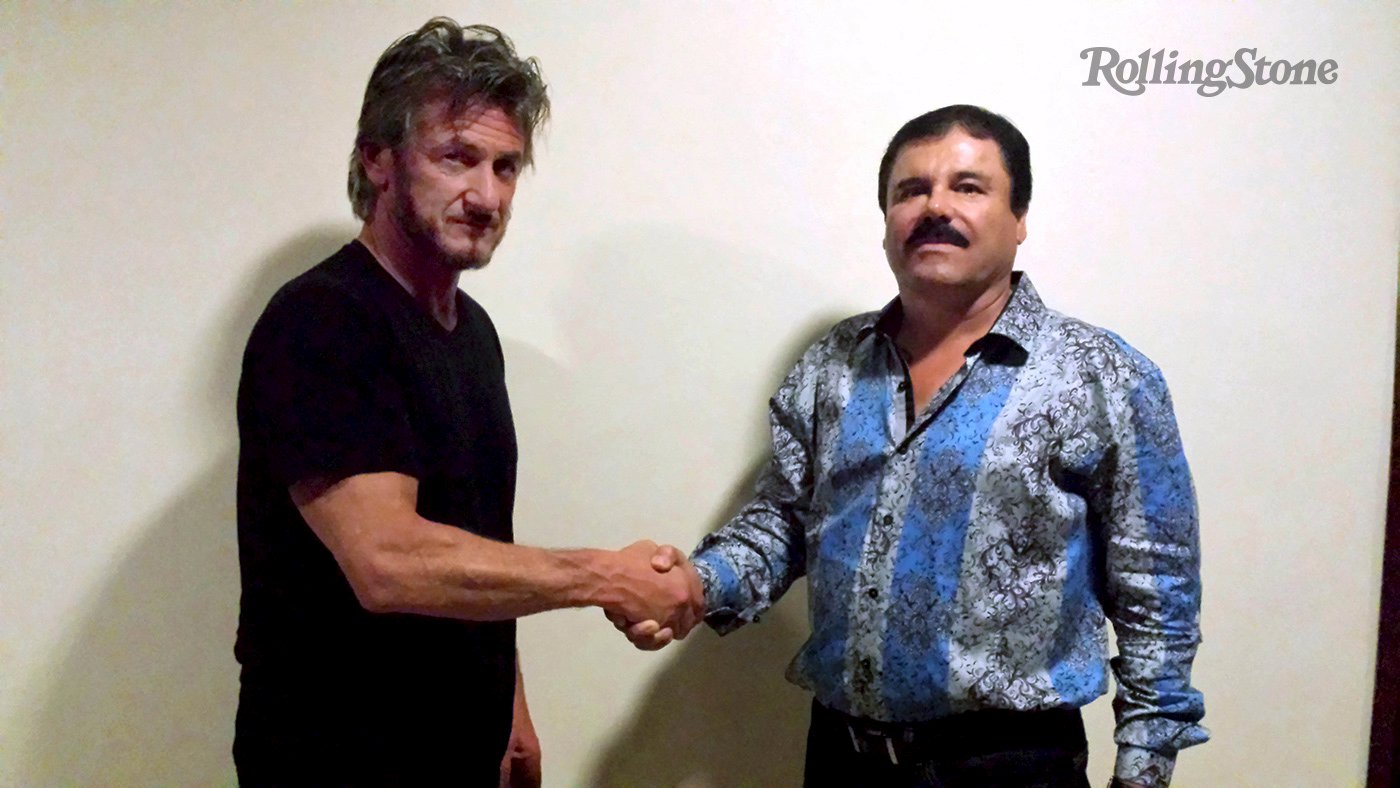 He has made news on and off screen for decades, but this may have been his biggest role yet and now, he's hearing critics' reviews.

That role: Sean Penn's secret meeting with the world's most wanted drug lord -- Joaquin "El Chapo" Guzman. Mexican authorities say that meeting, which took place while Penn was on assignment for Rolling Stone, played a role in El Chapo being recaptured on Friday.

With the release of the Rolling Stone article, CBS News legal analyst Rikki Klieman says Penn has no legal obligation on his part because he is a U.S. citizen.

"Not only unlikely, he will not face legal repercussions," Klieman said.

Just like a journalist, Penn had no duty or obligation to inform authorities of his interview, even though the interview was with a person wanted by the law.

It appears Penn was helpful to the government in tracking El Chapo, although Penn may not have known that.

CBS News senior investigative producer Pat Milton reports that a U.S. law enforcement source said that the trail to El Chapo had gone cold when Penn's contact with the powerful drug lord unwittingly provided a trove of leads which ultimately led to the legendary fugitive's capture by Mexican authorities.

The source said telecommunication intercepts, human intelligence and Penn's travel to an interview with El Chapo led authorities to El Chapo's hideout. The Mexican authorities descended on the hideout days after the meeting between the two men but they narrowly missed getting El Chapo, reports Milton.

But Mexican authorities knew generally where El Chapo was and by the fusion of their own intelligence and intelligence from the U.S. DEA and U.S. Marshals, they kept narrowing the landscape until they were on top of him, according to the source.

They conducted extensive surveillance in Los Mochis and at 3:30 a.m. Friday, two months after the narrow miss, investigators saw a car pull up to a house and a man who looked like El Chapo got out of the car. The source said they finally got eyes on him and moved into make the arrest.

The source told Milton that El Chapo scurried into a hole in the ground leading to the sewer system. He emerged and stole a car and he was arrested just outside of town.

CBS News' Megan Oliver reports on Penn's interview, and its unassuming backdrop with the most notorious drug kingpin in the world -- and the first interview he has given in decades. The questions come from the cameraman, but they were written by Penn, who met El Chapo for seven hours last October deep in the jungle, and who convinced El Chapo to send a tape to him soon afterward.

During the 17-minute recording, the questioner asks: "Do you think it is true you are responsible for the high level of drug addiction in the world? For the fact that there are so many drugs in the world?"

"No, that is false, because the day I don't exist it's not going to decrease in any way at all. Drug trafficking? That's false," Guzman said.

The interview is a remarkable twist in an already convoluted tale. It was just two days ago Mexican authorities raided a seaside hotel and arrested El Chapo after a long gunfight. Authorities then paraded him in front of the cameras -- perhaps to soften their harassment over his escape from Altiplano Prison last July.

On Saturday, the Attorney General said it was actors and producers who led them to the fugitive, but the long article Penn wrote for Rolling Stone, posted on Rolling Stone's website, revealed he was one of the actors.

The other was Mexican actress Kate del Castillo, who had tweeted support for Guzman in the past, and who brokered the meeting last October.

In the article, Penn described the crazy and risky journey he took -- two flights, a 90-minute ride and a bumpy seven hour drive through the jungle. Finally, "There he is right beside the truck. The world's most famous fugitive. El Chapo," Penn writes.

Penn said during their conversation Guzman proudly acknowledged his business, saying, "I supply more heroin, methamphetamine, cocaine and marijuana than anybody else in the world."

Penn writes he was sure he was being tracked by the government, and says just hours after their meeting, law enforcement raided the hideout and Guzman had to flee. He agreed to tape an interview later if Penn sent questions by Blackberry.

In the tape sent back to Penn, Guzman defends his work saying: "Where I grew up there was no other way and there still isn't a way to survive, no other way to work in our economy to be able to make a living."

The interpreter also asks Guzman if he is prone to violence or does he use it as a last resort. Guzman responds, "Look, all I do is defend myself, nothing more. But do I start trouble? Never."

Mexican authorities would of course disagree; it is believed Guzman is responsible for more than 30,000 deaths.

After El Chapo's capture in 2014, the U.S. government sought to extradite Guzman for cases pending against him in the U.S., but Mexican government denied the extradition. His escape from Mexico's maximum security prison was largely seen as an embarrassment by the Mexican government.

On Sunday evening, Mexico's government said it has notified El Chapo that he is wanted in the United States, formally beginning extradition proceedings against him.

The Attorney General's Office said Sunday in a statement that Guzman was told that two arrest warrants from the U.S. are being processed. The notification was done by agents of the international police agency Interpol at the maximum security prison where Guzman is being held.

Klieman says in the U.S., Guzman has cases from New York to Chicago to Miami and more, so the question becomes who will get him first for trial. That will be worked out through the Department of Justice.

The decision on where to try first will likely be based on the strongest case against El Chapo and the largest amount of prison time.