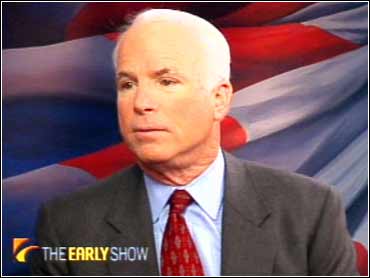 
With the California energy woes, skyrocketing gasoline prices and the McVeigh snafu dominating the headlines, the momentum for electoral reform has slowed. While President Bush has given lip service to the issue, his budget "doesn’t have a red cent in it" to help states implement it, according to House Democratic leader Dick Gephardt.

Electoral reform is expensive. The sweeping legislation signed into law this week in Florida calls for $24 million for new voting systems, $6 million for education of voters and recruitment and training of poll workers, and $2 million for the creation of a statewide voter registration database.

Over 1,600 bills have been introduced in state legislatures, but most just establish task forces, study groups and interim commissions. So far only Florida, Georgia and Maryland have passed legislation to make major improvements in their voting systems.

Other states admit they have problems with their election systems but don't have the money to fix them. On Thursday, the Committee on House Administration announced it would produce a bipartisan bill that would eliminate punch-card voting and recognize that the federal government has a role to play in financing and supporting reforms.

Rep. Maxine Waters, D-Calif., has been traveling around the country beating the drum for electoral reform. She has specified areas on which her Democratic Caucus Special Committee on Electoral Reform advocates action: setting uniform minimum standards for voting in federal elections, especially on what type of ID is required; insuring there are no spoiled ballots; making voting more accessible; allowing for provisional voting if a voter has a problem at the polling place; and establishing review procedures for purging voting rolls.

An encouraging bit of news for the electoral reformers came this week from Sen. John McCain, R-Ariz., who has agreed to link electoral reform with campaign finance reform.

Some members of the black and Hispanic caucuses started to grumble publicly about campaign finance reform, which they say could hurt efforts to mobilize minority voters. (Read: political parties use soft money for registration and get-out-the-vote in minority areas.)

In a show of common cause, McCain promised to have his committee be the first to report out an electoral reform bill in the Senate saying that electoral and campaign finance reform go hand in hand. He added that "it would be helpful" if President Bush "weighed in" on the issue.

McCain also said this week that what is really hurting campaign finance reform is not the black caucus but the House Republican leadership, which is dragging its feet bringing the bill to the floor. He loves to mention three Republicans – DeLay, Doolittle and Ney - whose names symbolize the problem.

Other reformers have said that House Democrats, too, namely Rep. Martin Frost, D-Texas, are trying to work on the inside to "screw things up." But the coalition of congressional reformers and the outside groups who worked together effectively to get McCain-Feingold passed in the Senate are working the same inside-outside strategy in moving the bill through the House, trying to get it to the floor before the July 4 recess. Their best-case scenario would be to pass a bill in the House which would duplicate the Senate bill (including raising the hard money limits), and thus avoid a conference committee. However, most expect that if a bill passes the House, a conference committee will be necessary to reconcile the differences and then, that the Senate Republicans may try a filibuster to block final passage.

If all these obstacles were overcome and President Bush signed the bill, they think it's likely that the reforms won't go into effect until 2004 at the earliest.

Since the Senate passage of McCain-Feingold in March, John McCain has been keeping a relatively low profile and voting like a loyal Republican for the president's budget. But there are signs that the beast is beginning to stir. In an interview with the Financial Times this week McCain joked that he thought his "phone number had fallen out of their rolodex" at the White House and criticized the president on trade and Social Security. He said he will (reluctantly) start up the town meetings again if he has to keep the pressure on. McCain has a unique power to galvanize the media and a surge of Straight Talk may be what's needed to get reform back in gear.