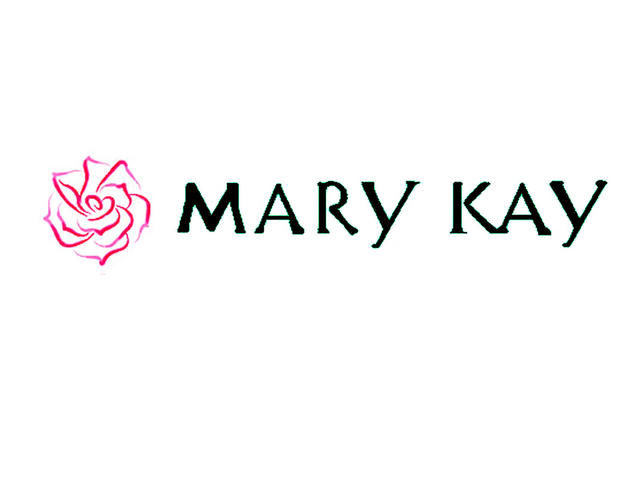 (MoneyWatch) Mary Kay products are sold primarily for women, by women. But is the cosmetics giant good for women?

Journalist Virginia Sole-Smith, a reporting fellow with the Investigative Fund at the Nation Institute, says no. In the August issue of Harper's Magazine, she contends that Mary Kay, founded in 1963 with an initial $5,000 investment by Mary Kay Ash, is less about empowering women than luring them into what the story calls a "pink pyramid scheme" that exploits its salesforce.

Sole-Smith said that under the company's wholesale business model, the company's sales staff is heavily encouraged to buy the products they then sell to customers. For Mary Kay's "consultants," the financial returns on that investment are often minimal, she said, and typically a far cry from the hefty income that the company wants women to believe they can earn peddling its wares. Indeed, while Mary Kary claims annual sales of roughly $3 billion, its salespeople often end up in debt, with boxes of unsold lipsticks, facial creams and other products. A handful of employees profit, but most don't. Sole-Smith writes:

A business in which only a select few earn real money while everyone else pays to play sounds a lot like a pyramid scheme. The Federal Trade Commission distinguishes between recruiting salespeople to sell a product, which is perfectly legal, and making money exclusively through "fees for participation," which isn't. What constitutes a fee is, of course, vague, but the FTC has charged some multilevel-marketing companies with employing pyramid schemes....

Members struggle to understand how they could have fallen for the company's cheap marketing ploys, even as many of them continue to defend their particular recruiter or sales director as the exception.

Mary Kay rejects Sole-Smith's characterization of the company. "What's true for every independent beauty consultant is a simple model -- she signs an agreement directly with the company, purchases her products directly from the company at a wholesale price and then sells the product to her customers at a suggested retail price," the company told CBS MoneyWatch in a statement. "If she sells a $13 lipstick and bought it for $6.50, the profits are hers to keep. It's each person's choice on how much product she wants to purchase from the company to sell to her customers."

Salespeople are free to return any inventory they buy, the company added, while stipulating that Mary Kay agrees to refund only 90 percent of the purchase price within one year.

The company also accuses Sole-Smith of having a "narrow, biased point of view" regarding Mary Kay, claiming that the Harper's story "was written without any attempt by the writer to gain information from" the firm before the article was published.

Not so, said Jason Chupick, vice president of public relations at Harper's. "Virginia Sole-Smith and Harper's Magazine gave Mary Kay ample time to respond to the story on numerous occasions prior to publication, but Mary Kay declined to grant Sole-Smith an interview," he said in a statement.

I spoke with Sole-Smith, who frequently covers issues within the beauty industry, about what she found in examining Mary Kay's business practices.

CBS MoneyWatch: In your article, you assert that Mary Kay positions itself as a "girlfriends' club" but falls short of its promises to women. How so?

Sole-Smith: Mary Kay uses a lot of powerful feminist rhetoric about "having it all" and girl power to manipulate women into buying products. The "business opportunities" rarely pan out. The company has precisely identified so many of women's fears -- that they can't be successful career women and great wives and moms, that the American workplace won't give them the flexibility that they want, for instance -- and says, "don't worry, Mary Kay has the answers." But it doesn't. Only around 300 of the 600,000 American Mary Kay ladies make a six-figure income. And they work incredible hours to achieve that.

MW: If Mary Kay is so exploitative, why is the company appealing to so many women?

SS: The company's founder, Mary Kay Ash, knew exactly why women were frustrated in the 1960s: the lack of gender equality, which meant they were dependent on their husband's income and unable to make much headway in the workplace. But she also knew that a significant majority of women weren't responding to the hardcore feminist revolution that say, Betty Friedan was advocating in "The Feminist Mystique."

In a lot of ways, not much has changed. But here's what has: We have 8.3 percent unemployment, and male-dominated industries have been disproportionately impacted during this recession in terms of layoffs, while female-dominated industries are continuing to underpay their workforces. [Women] still (very reasonably) want a career that offers personal fulfillment and flexibility. This is why direct sales, and Mary Kay specifically, is recruiting in such record numbers right now. Direct sales just requires you to put some product on a credit card and -- bam -- you're "employed."

MW: How are current recruits different from previous generations of Mary Kay workers?

SS: Today's Mary Kay ladies are younger. Of the 94,000 people that Mary Kay recruited in the second quarter of 2012, a third were from Generation Y. Recent college grads, saddled with debt and facing dim job market, are especially vulnerable to this pitch.

MW: What was the biggest red flag for you during your reporting?

SS: When Mary Kay mentions in press releases that it had $3 billion in sales last year, they're only talking about wholesale orders, meaning Mary Kay consultants spent $3 billion on their products. But we don't know how much Mary Kay ladies earn selling those products in the retail market.

How can you be recruiting women with promises of "a lucrative full-time business opportunity" and "executive-level income" but not substantiate that with proof? You're constantly encouraged to buy more inventory than you can realistically sell, and the company's versions of "customer support" and "leadership training" usually boil down to more sales pitches.

When I was recruited and explained I didn't have $1,800 in cash to spend on an initial inventory purchase, I was immediately encouraged to open a Mary Kay Chase VISA credit card and put inventory purchases on that.

MW: Mary Kay says that it treats the people who sell its products fairly, offering large sales commissions and to re-purchase almost all of the inventory they buy from the company but are unable to sell. What's your take?

SS: There's no doubt that Mary Kay has set up their business model to look as safe as possible on paper. A 50 percent commission on every lipstick sale sounds quite lucrative, and a 90 percent buyback guarantee is a reassuring insurance policy. The problems occur when we try to put these policies into practice.

The women I spoke with for my article (and many who have contacted me since to share their stories) all agreed that it's extremely rare to pocket a full 50 percent commission on every sale; you must deduct business expenses like travel, hostess gifts and other party supplies. You must also contend with new inventory in every new catalog, which makes it difficult to sell old merchandise. And it's a common practice to hold sales and giveaways to drum up sales. Every time a consultant discounts her retail prices or buys more inventory before she has sold what's currently on her shelves, she takes the hit out of that commission.

It can be similarly challenging to take advantage of the 90 percent buyback policy. When a consultant realizes that she hasn't been able to sell her inventory and tells her sales director that she's thinking about taking the buyback, she's likely to receive tremendous pressure to keep on with her business. Meanwhile, she may be racking up interest and finance charges on a credit card carrying her Mary Kay inventory balance -- and those fees certainly aren't covered by the buyback policy.

The reason consultants are encouraged to put off the buyback as long as possible is quite simple: Mary Kay sales directors and team leaders have to pay back their commissions when a member of their sales unit returns inventory. If you're feeling guilty because you think you've failed at this business opportunity, you're unlikely to want to pass that failure on to your Mary Kay sisters and mentors.

MW: So is Mary Kay a pyramid scheme?

SS: The FTC defines a pyramid scheme as a business where the primary way you make money is by recruiting others to join the program and charging them fees for participation -- not by selling products to the retail public.

On paper, Mary Kay has set things up to avoid this charge -- nobody earns a commission off the sale of the company's starter kit, for example, which would be the most obvious example of a "participation fee." But in practice, it sure looks like a pyramid scheme.

Have you ever tried Mary Kay or a similar job? Please sign into the comments section and share your thoughts.