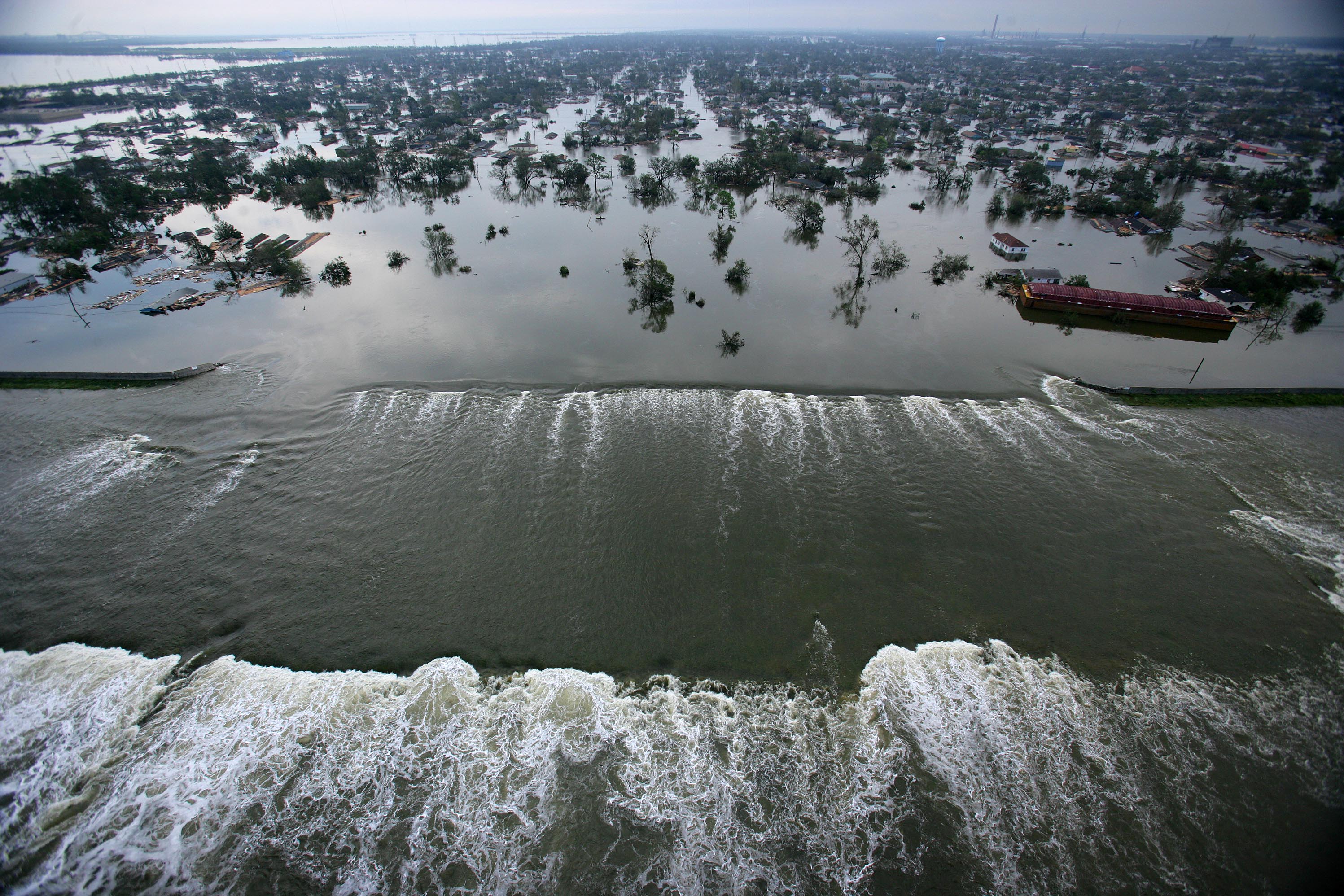 Ten years after Hurricane Katrina devastated New Orleans, the city's mayor and Louisiana's governor say the state is much better prepared for another massive storm - although there is still work to be done.

"In terms of are we ready, we're absolutely better prepared than ever before," Louisiana Gov. Bobby Jindal said on CBS' "Face the Nation" Sunday. In addition to stronger levees, he said there are more generators with fuel and health care facilities are better prepared to do evacuations ahead of time in case of another storm.

"But," he added, "We mustn't become complacent. More work needs to be done on coastal restoration."

In a separate interview, New Orleans Mayor Mitch Landrieu attributed the massive flooding and human displacement to an infrastructure failure rather than a natural disaster.

"The levees are much stronger than they were before, but we still believe that we need to get to 500-year protection rather than 100," he said. He echoed Jindal's calls to rebuild internally in the city as well.

"We've had hurricanes from the beginning of our 300-year history. The point is to be better prepared, to be resilient and to be stronger. We're stronger today than we were before Katrina but you can't ever guarantee that you're not going to get hurt again," he said.

Jindal said there were "several failures at every level of government, federal, state and local." But he also said, "there's no point in looking back. We need to be looking forward."

Historian Douglas Brinkley, who wrote a book about Katrina called, "The Great Deluge," had more to say about those failures.

"George W. Bush did a terrible leadership job during that crisis," Brinkley said in a separate interview on "Face the Nation." "He kind of acted like nothing was happening wrong for the first days...and then he did the famous flyover being very detached from the devastation and that photograph that damaged him immensely."

Once he did come tour the damage to New Orleans, he famously told then-Federal Emergency Management Agency (FEMA) director Michael Brown that he was doing a "heckuva job."

"That sound bite became the Bush sound bite. It was about dysfunction, It was even connected in a way to the war in Iraq, the Bush administration saying things were going great when they weren't going great ," Brinkley said.

He also said FEMA's management was terrible, as is widely known, and that the American people should be angry with the Army Corps of Engineers for building shoddy levees. The Coast Guard, on the other hand, was "amazing," Brinkley said, and there were a lot of Louisianans and Mississippians saving each other.

"We had utter breakdown in Katrina and hopefully our country learned some lessons from it," he said. "The levee systems can sustain at least a Category 3 storm. Some people are skeptical but we'll never know unless another storm comes."

Landrieu said on the lessons the city learned after the storm was "don't just put it back just like it was. Really take the time to dig down deep and to make the institutional changes that are necessary to give this city a better chance going forward." He pointed to the improvements in the education and health care systems to show that leaders have taken that responsibility seriously.

There is a continuing epidemic of gun violence, which he calls a "moral failure of our country."

"There is an echo system of violence that has developed in neighborhoods around this country that make us feel unsafe, that give people no hope and I think that's a real problem so we've got to work on that too," he said. "But that's not just a criminal justice police response problem, that's early childhood education, its better families, its better communities, it's people learning about how to work together to resolve differences, its about mental health, its about substance abuse, its about a bucketload of stuff."