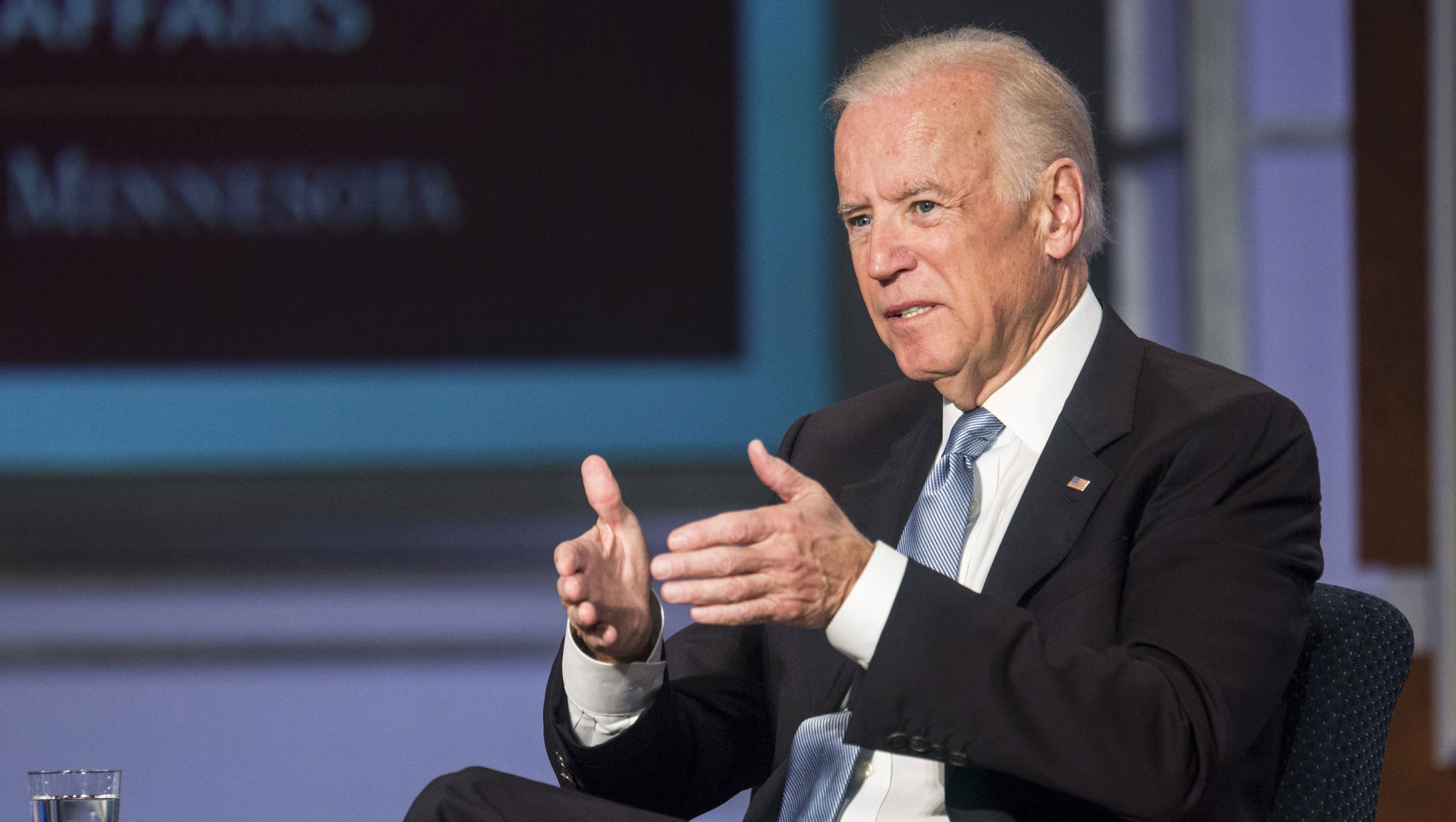 As he considers whether to challenge Hillary Clinton for the 2016 Democratic nomination, Vice President Joe Biden is offering a new version of the night President Obama sent in a Navy SEAL team that killed al Qaeda leader Osama bin Laden.

"We sat in the cabinet room, and at the end of the day, making the decision, he said I want everyone's opinion. And everyone went around the room, and there were only two people who were definitive, and were absolutely certain: [then-CIA director] Leon Panetta said go, and [then-Defense Secretary] Bob Gates, who's already publicly said this, said 'don't go,' and others were 51-49," Biden said at a forum about the vice presidency in Washington Monday.

"They said, 'Joe what would you do?' And there was a third option that I didn't really think we should do, and I said 'I think we should make one more pass with a UAV to see if it's, if it is him,'" Biden continued. "The reason I did that, is I didn't want to take a position to go if that was not where he was going to go. So as we walked out of the room and walked upstairs, I told him my opinion, that I thought we should go but to follow his own instincts. But it would've been a mistake, imagine if I had said in front of everyone, don't go or go, and his decision was a different decision. It undercuts that relationship, so I never on a difficult issue, never say what I think - finally - until I go up in the Oval with him alone."

But here's what Biden had to say when he told a group of House Democrats about that night during a 2012 retreat, according to the New York Times:

"Every single person in that room hedged their bet except Leon Panetta," he said. "Leon said go. Everyone else said, 49, 51."

And then, he added, when the president asked him for his take, he said, "We owe the man a direct answer. Mr. President, my suggestion is, don't go. We have to do two more things to see if he's there."

The disagreement over the bin Laden raid is one of the most significant foreign policy differences between Biden and Clinton, who was serving as secretary of state at the time. Clinton frequently highlights her support for the raid and the distinction from those who did not.

But Biden has never mentioned Clinton as one of the cabinet members in the Situation Room who definitively thought the president should approve the bin Laden raid. Clinton remembers it a little differently.

"I was one who recommended to the president that he go ahead," she told South Carolina Democratic Party chairman Jaime Harrison in an interview taped this summer. "His advisers were split because it was a very risky operation to send in the Navy SEALs, to fly through Pakistani airspace, to land in a settled populated neighborhood and to take out the gunmen who were guarding bin Laden and either capture or kill bin Laden himself."

And in her 2014 memoir, "Hard Choices," Clinton wrote that Biden "remained skeptical" of a raid. She said that she respected his and Gates' concerns, but "I came to the conclusion that the intelligence was convincing and the risks were outweighed by the benefits of success. We just had to make sure it worked."

After Biden's speech Tuesday, Bill Daley, who was the White House chief of staff at the time, backed up Biden's explanation.

"That was about the most complete and accurate explanation I've heard from the vice president, which is reflected in what I remember," Daley said, according to Politico. "I don't remember him being that emphatic saying, 'Don't go, don't do this.'"

That wasn't the only issue where Biden sought to assert himself as the more senior member of the administration during the speech.

"I will get sent to go speak to Putin or go speak to [Turkish President Recep Tayyip] Erdogan, or go to speak to whomever, because...we've had two great secretaries of state, but when I go, they know I am speaking for the president. There is nothing missed between the lip and the cup, that whatever I say, the president is saying."