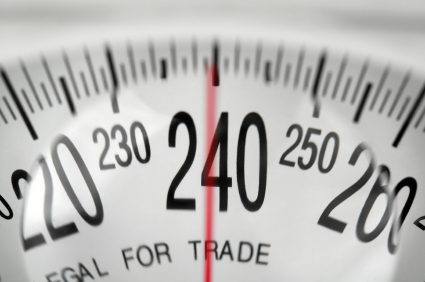 (MoneyWatch) COMMENTARY Victoria Hospital in Texas has stated they will no longer hire anyone with a Body Mass Index (BMI) of 35 or higher. To put that in perspective, that's 210 pounds for someone 5', 5".

On the one hand, it makes sense that your health care provider is, well, healthy. So of course they also are excluding people with a BMI below 18.5 (110 pounds for that same 5', 5" person), because that's considered unhealthy too.

Oh, never mind. They aren't really. It's only the fat people who are getting excluded.

Now, for the record, with rare exceptions, if you are overweight it's because you eat too much and exercise too little. Decrease the calories and increase the exercise and you will lose weight. (I'm fully prepared for the "but I have [insert medical condition]" comments, but honestly, if you truly cannot lose weight by diet and exercise you are in the minority.) And because being overweight is essentially voluntary, and not something like race that you cannot change, companies should be allowed to make rules around it.

Am I too fat to get hired?

But being allowed to make such rules is far different from saying that they should. They should not. This is a ridiculous policy that will come back to (forgive the expression) bite them. First of all, "obese" is not what you think it is. Here's a Flickr set of photographs of real people along with their BMIs. Click through a few and your perceptions may change. For instance, there's this woman who has a BMI slightly over 35 and would be rejected by this hospital. She looks overweight to me, but if I saw her on the street I certainly wouldn't think she was "obese."

Here are five reasons this is a really bad policy:

1. You will lose out on some great candidates. Being smart and a hard worker doesn't mean you'll be automatically thin. Do you really want to exclude candidates based on something that has no relationship to their performance? While unemployment is high, it's not so high that you can afford to make blanket exclusions.

2. BMI is actually a poor predictor of health. It considers all weight the same, regardless of whether you are a well muscled athlete or a pudgy couch potato. Additionally, gender and race are not taken into consideration. If your goal is to lower health costs by hiring only the healthy, you've picked the wrong qualifier. Many scientists think it's outdated.

3. It may be illegal -- although not in the way you think. Only a few states and cities prohibit discrimination based on weight, but there is also the problem of disparate impact. This is where you have a policy that looks neutral but has a disproportionate impact on a particular group. In the case of BMI, African-American women are more likely to be overweight, according to BMI. You do not want a policy that will end up discriminating against any group, especially one built on shaky science.

4. What do you do when your star employee gains weight? Don't think it will happen? You're a bit naive. When that surgeon who brings in the big bucks packs on the pounds, do you fire him? If not, be prepared for the lawsuit from the $10 an hour worker of a different race or gender.

5. It's bad public relations. Wouldn't it be nice if you could just operate your business outside of the court of public opinion? Well, you can't. Now if you Google "Victoria Hospital Texas," three references to the obesity policy show up on the the first page of hits. Is that what you want prospective patients, donors, and employees to know about you? Probably not.

Before you implement any policy, you really need to think through the total consequences. Make the policy fit the actual problem you want to correct -- if you're concerned about overweight nurses not being able to adequately care for patients, make your standards around ability to care for a patient, regardless of weight.

Have a workplace dilemma or see something outrageous in the news? Send it to EvilHRLady@gmail.com