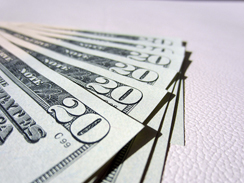 (MoneyWatch) One argument stock pickers have been making is that investing in index funds results in stocks having higher correlations. Assets with high correlations tend to move in tandem, which make it harder for active managers to harvest the winners.

Through September 24, the Russell 2000 Index (an index comprised of small-cap stocks)  had returned 15 percent year-to-date. The following facts reflect on the amount of dispersion in returns among the individual stocks in the index:

The very wide dispersion in returns makes it crystal clear that indexers are not driving prices in small-cap stocks, just as they aren't doing it in large stocks and commodities. It's just another myth you hear from Wall Street that is repeated in the financial media, members of which are often guilty of reporting on statements as facts without checking the facts.

The evidence makes clear that active investment managers will have to come up with another lame excuse for their persistent failure. When there's dispersion of returns like you see above, there's plenty of opportunity for active managers to add value through stock selection. Unfortunately, there's an overwhelming body of evidence demonstrating that -- no matter the asset class, no matter whether the bull is raging or the bear growling -- there's no persistence in outperformance of active managers beyond the randomly expected.