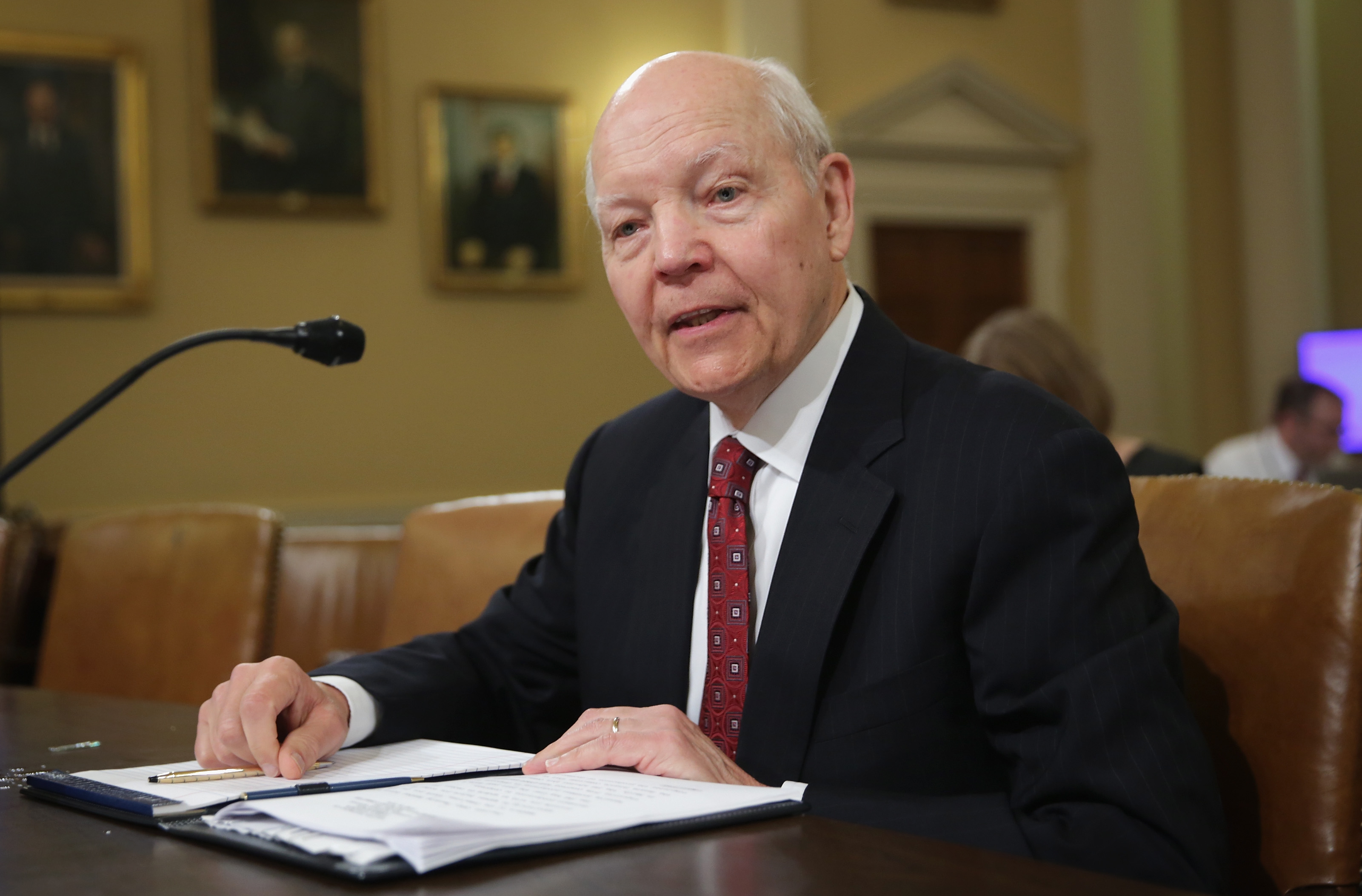 With six investigations already digging into the IRS's inappropriate targeting of political groups, appointing an independent special prosecutor to investigate the matter would be "a monumental waste of taxpayer funds," IRS Commissioner John Koskinen said in a heated exchange with a House Republican leader Friday morning.

Koskinen testified before the House Ways and Means Committee in the wake of the revelation that the IRS cannot produce emails from Lois Lerner -- the former IRS official at the heart of the controversy -- from 2009 through April 2011 because of a computer crash that Lerner suffered in 2011.

"What you have lost is all credibility," Ways and Means Committee Chairman Dave Camp, R-Mich., told Koskinen. He added, "I don't believe the IRS went through every possible exercise to recover these documents."

He said appointing a special prosecutor to the case would be the only way to resolve the controversy and restore credibility to the agency. Camp also asked for the serial numbers of all relevant hard drives that crashed and the actual hard drives themselves, if possible.

Camp said it was "convenient" for the IRS to lose Lerner's emails from 2009 through mid-2011, the period during which the inappropriate targeting of groups took place. He also noted that the IRS could have informed Congress about the lost emails earlier, suggesting some kind of deliberate cover-up.

Koskinen said there is a record that shows I.T. technicians tried for three weeks in 2011 to recover Lerner's hard drive to no avail. Since investigators started to look into the IRS scandal last year, "not a single email has been lost," he noted. By the end of this month, the IRS will have turned over to investigators every email to and from Lerner that it still has -- 67,000 in all, including 24,000 sent or received during that period from 2009 through April 2011. The IRS has already spent nearly $10 million producing documents for congressional investigators.

The IRS chief also told Camp that "there's been no attempt" to keep the lost emails a secret. Instead, Koskinen said he made the decision to finish a review of the situation before reporting to Congress.

"When we provide information, we should provide it completely," he said. Otherwise, he said, people are "tempted to leap to the wrong conclusion not based on the facts."

In fact, Koskinen said, Camp's committee has done just that: Earlier in the week, the Ways and Means Committee issued a press release complaining about lost emails sent from an IRS official named Nikole Flax. However, Koskinen said the press release was published before the committee heard the full story -- Flax in fact had two computers, so her emails were not lost.

"Those press releases... were inaccurate and misleading," Koskinen said. "It has been clearly demonstrated that piecemealing out information... simply results in press releases and angry letters to me."

Democrats on the committee railed against Republicans for politicizing the issue and attempting to tie the inappropriate targeting to the White House.

Rep. Sandy Levin, D-Mich., the top Democrat on the committee, said that congressional Republicans "are so determined to find a needle in the haystack, they seek desperately to add to the haystack, even though no needle has been discovered."

Levin said that the IRS should be spending $150 million to $200 million annually on computer maintenance but instead "spends virtually nothing" because the GOP-led House has under-funded IRS operations. Koskinen agreed that some crashed hard drives was "not surprising" given the "aging information technology infrastructure" at the agency.

"Why, at this point, should anybody believe you?" Rep. Kevin Brady, R-Texas, asked. "This is the most corrupt IRS in history."

Koskinen retorted that he did not come out of retirement six months ago to lead an agency that doesn't strive for transparency.

"To say that this is the most corrupt IRS in history ignores a lot of history," he said, calling it a "classic overreaction to a serious problem that we are dealing with seriously."

Koskinen added that every American should be "comfortable and confident when they deal with the IRS they're going to be treated fairly... no matter who they are."

On Monday, Koskinen will testify before the House Oversight and Government Reform Committee. Chairman Darrell Issa, R-Calif., like other Republicans, has expressed skepticism over the administration's account of the missing emails.

On Friday, Issa requested that Jennifer O'Connor of the White House Counsel's office testify before his committee on Tuesday. From May 2013 until November 2013, O'Connor served in at the IRS as the Counselor to the Commissioner, with the primary task of navigating the scandal over IRS's inappropriate targeting.