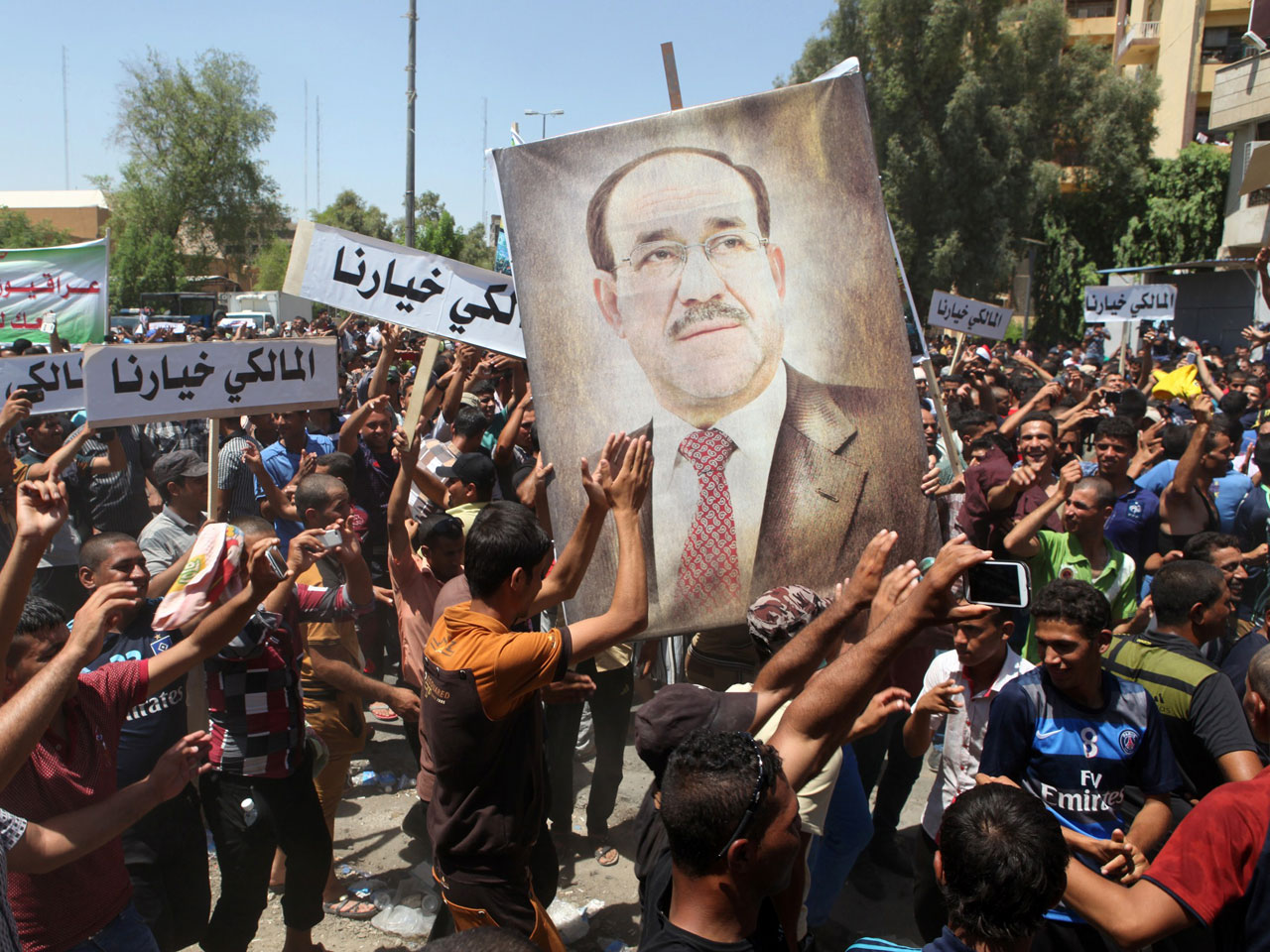 BAGHDAD - Iraq's new president on Monday snubbed the powerful incumbent Prime Minister Nouri al-Maliki and nominated the deputy parliament speaker to form the new government, raising fears of more infighting in the government as country faces the threat of Sunni militants in the north.

In a televised address Fouad Massoum gave Haider al-Ibadi, who was selected by a coalition of Shiite political parties, 30 days to form a new government and present it to parliament for approval.

The ceremony came hours after the embattled al-Maliki delivered a surprise speech at midnight accusing the country's Massoum of blocking his reappointment as prime minister and carrying out "a coup against the constitution and the political process."

In another speech broadcast Monday night, al-Maliki insisted al-Ibadi's nomination "runs against the constitutional procedures" and he accused the United States of siding with political forces "who have violated the constitution."

"Today, we are facing a grave constitutional breach and we have appealed and we have the proof that we are the largest bloc," al-Maliki said.

"We assure all the Iraqi people and the political groups that there is no importance or value to this nomination," he added.

Despite angrily insisting that he should be nominated for a third term, al-Maliki has lost some of his support with the main coalition of Shiite parties turning against him.

Al-Ibadi, who pledged to form a government to "protect the Iraqi people," was nominated for the post by the Iraqi National Alliance, a coalition of Shiite parties that of which al-Maliki's State of Law is a part.

Al-Ibadi is a British-educated lawmaker with a background in electrical engineering and a member of al-Maliki's Islamic Dawa party. He has been closely involved in previous governments.

Critics say al-Maliki, a Shiite, contributed to the crisis facing the country by monopolizing power and pursuing a sectarian agenda that alienated the country's Sunni and Kurdish minorities.

Al-Ibadi's nomination came hours after al-Maliki deployed his elite security forces in the streets of Baghdad, partially closed two main streets - popular spots for pro and anti-government rallies - as hundreds of his supporters took to the streets, raising fears that he might use force to stay in power.

"We are with you, al-Maliki," they shouted, waving posters of the incumbent premier, singing and dancing.

Mohammed al-Ogeili, a lawmaker from al-Maliki's list, rejected the nomination of al-Ibadi arguing that this move "runs against the constitution" because al-Maliki's party is the largest bloc and the National Alliance has no right to present any candidate.

"This decision would lead the country to a big problem and the president bears full responsibility for this situation," he told The Associated Press.

Hakim al-Zamili, a lawmaker with the Shiite Sadrist movement, however, countered that with 180 seats, the alliance could nominate its own candidates and the institutions of the state should respect their choice.

"The security forces and government bodies belong to the Iraqi people, and they should not interfere in politics," he said when asked whether al-Maliki might use force to stay in power.

The new political crisis in Baghdad has raised concerns abroad.

"What we urge the people of Iraq to do is to be calm," Kerry said. "There should be no use force, no introduction of troops or militias into this moment of democracy for Iraq."

Kerry said a new government "is critical in terms of sustaining the stability and calm in Iraq," and that "our hope is that Mr. Maliki will not stir those waters."

The U.N. special representative for Iraq, Nickolay Mladenov, said Iraq's "special forces should refrain from actions that may be seen as interference in matters related to the democratic transfer of political authority."

Also Monday, senior U.S. officials said the Obama administration, which launched airdrops and airstrikes last week to support Kurdish and Iraqi forces battling militants from the Islamic State of Iraq and Syria (ISIS, also known as ISIL), has begun directly providing weapons to the Kurdish peshmerga forces who have started to make gains against the al-Qaida breakaway group that controls much of the north.

U.S. airstrikes have reinvigorated Iraqi Kurdish forces battling ISIS, and on Sunday, the Kurdish peshmerga fighters retook two towns - Makhmour and al-Gweir, some 28 miles from the Kurdish capital of Erbil - from the Sunni militants in what was one of their first victories after weeks of retreat.

The move to directly arm the Kurds underscores the level of U.S. concern about ISIS' gains. The officials wouldn't say which U.S. agency is providing the arms or what weapons are being sent, but one official said it isn't the Pentagon. The CIA has historically done similar quiet arming operations. The officials spoke on condition of anonymity because they were not authorized to discuss the operation publicly.

President Barack Obama warned Americans on Saturday that the new campaign to bring security in Iraq requires military and political changes and "is going to be a long-term project."

To permanently end the extremist threat, many experts insist Baghdad must unify.

CBS News analyst and former deputy director of the CIA Mike Morell told "CBS This Morning" that in addition to targeted strikes against ISIS leaders, a full victory will also require a lot of hard boots-on-the-ground combat.

"That latter piece is going to take a political agreement in Baghdad," Morrell said, adding, "Which we see is getting even more difficult to get."

The militant advances and the political turmoil has deepened Iraq's humanitarian crisis, with some 200,000 Iraqis recently joining the 1.5 million people already displaced from violence this year.