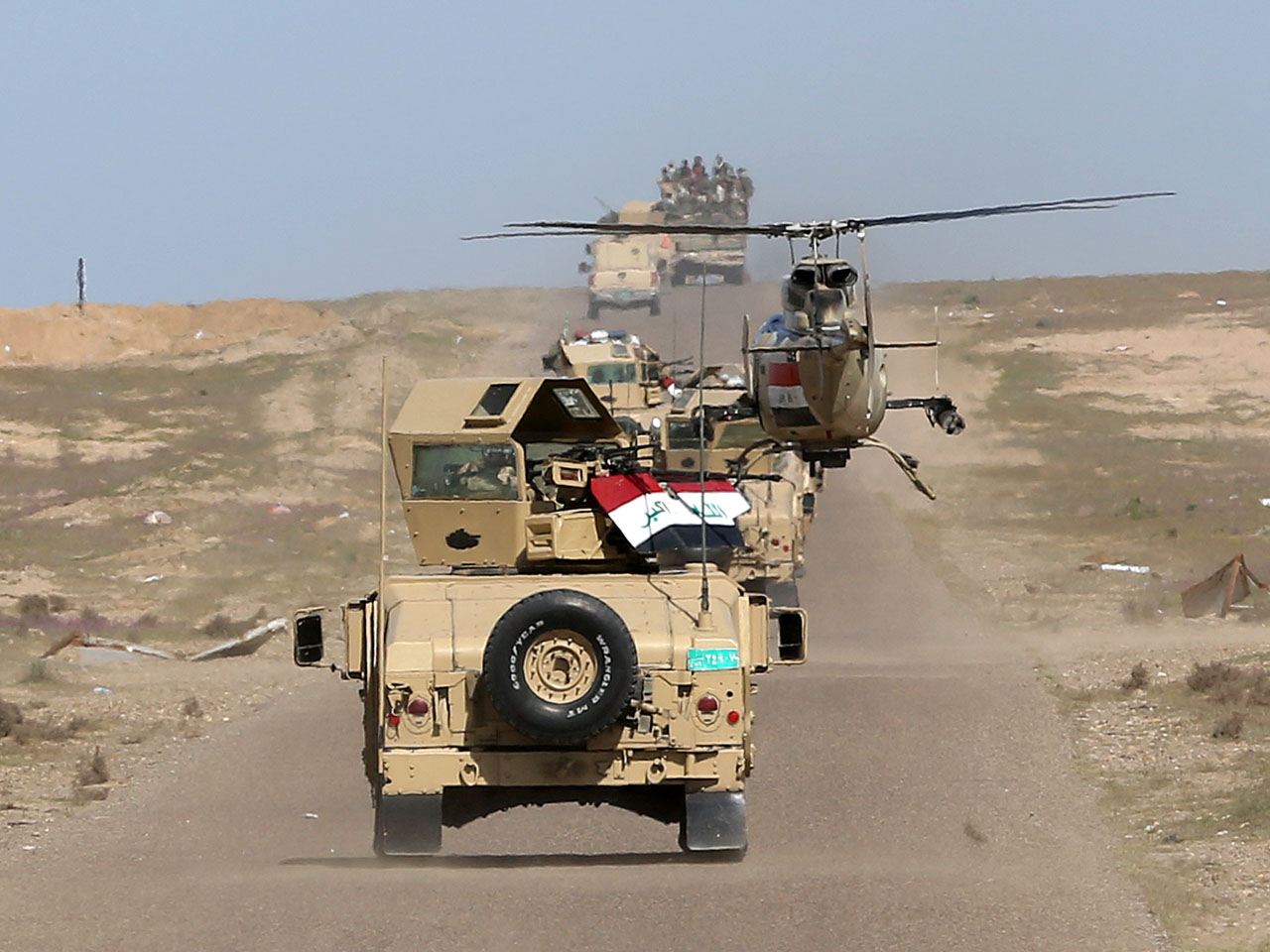 BAGHDAD - The Iraqi military backed by U.S.-led coalition aircraft on Thursday launched a long-awaited operation to recapture the northern city of Mosul from ISIS militants, a military spokesman said.

In the push, Iraqi forces retook several villages on the outskirts of the town of Makhmour, east of Mosul, early in the morning on Thursday and hoisted the Iraqi flag there, according to the spokesman for the Joint Military Command, Brig. Gen. Yahya Rasool.

It was not immediately clear how long such a complex and taxing offensive would take. Only recently, Iraqi and U.S. officials refrained to give a specific time on when the Mosul operation could begin, saying it would take many months to prepare Iraq's still struggling military for the long-anticipated task of retaking the key city.

Indeed, a senior U.S. military official told CBS News that Thursday's advance was a "small operation to liberate some villages near Makhmour and push the foreign line of troops west." A commander of the Kurdish Peshmerga forces characterized the operation in the same way.

Some U.S. and Iraqi officials have said it may not even be possible to retake it this year, despite repeated vows by Iraqi Prime Minister Haider al-Abadi.

Rasool told The Associated Press that the U.S.-led international coalition was providing air support but would not divulge more details on the offensive, which he said was dubbed "Operation Conquest."

According to an official at the military's provincial Nineveh Operations Command, the aim of the first phase of the Mosul offensive was to clear the areas between Makmour and the adjacent Qayara area to the east of the Tigris River, and to cut one of the supply lines to the nearby Shirqat area. The official spoke on condition of anonymity as he was not authorized to talk to the media.

Mosul - Iraq's second-largest city - fell to the Islamic State of Iraq and Syria during the militants' June 2014 onslaught that captured large swaths of northern and western Iraq and also neighboring Syria. Mosul, about 225 miles northwest of Baghdad, became also the largest city in ISIS's self-declared caliphate on the territories the militants control.

Rasool's declaration came only few days after the United States announced that it has set up a small Marine artillery outpost in northern Iraq to protect the Iraqi military base in Makhmour.

On Saturday, the militants fired two rockets at the base, killing a U.S. Marine and wounding several others.

Under political pressure to show victory, al-Abadi has repeatedly vowed to "liberate" Mosul, but U.S. Lt. Gen. Vincent Stewart, head of the Defense Intelligence Agency, told Congress last month that he is "not as optimistic."

The Iraqi military must also clear ISIS fighters from more than 70 miles of territory to ensure reliable supply lines between Makhmour and Baghdad.

One leg of the Iraqi military's efforts to clear some of that territory in Anbar has been put on hold. A political crisis in Baghdad has prompted al-Abadi to pull some of Iraq's elite counterterrorism forces back from the front in the Euphrates River valley to secure the capital.