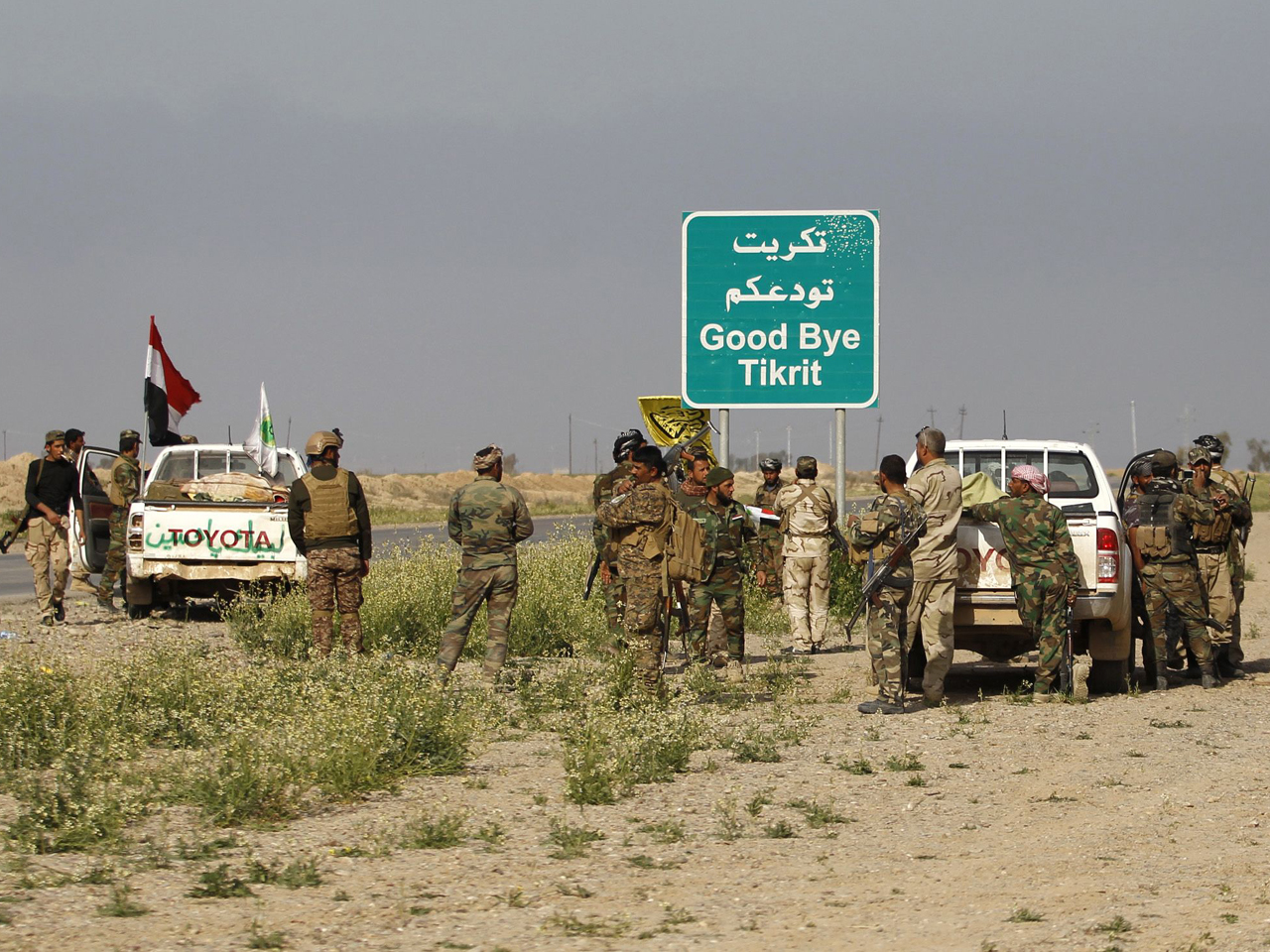 BAGHDAD -- Two key battles against the Islamic State of Iraq and Syria (ISIS) raged Tuesday morning in Iraq: one for the city of Tikrit and the other in nearby Kirkuk Province.

As CBS News correspondent Holly Williams reports, U.S.-led airstrikes are only being used in one of those fights, and that could end up being decisive.

In villages outside Tikrit, Iraqi fighters were making slow progress against the ISIS militants who have been dug in since June.

With Iraq's military in disarray, the best fighting force the country's leaders could muster for the battle is a patched-together, rag-tag army of Iraqi government soldiers, local Sunni tribesmen and Iranian-backed Shiite Muslim militias.

American-led airstrikes have been critically important in other battles against ISIS -- but there's no U.S. involvement in Tikrit.

Instead, Iraq has turned to neighboring Iran for help. Iranian officers are on the ground, reportedly commanding the Shiite militias, and that's sparked fears in the U.S. of rising Iranian influence in Iraq.

As the fight for control of Tikrit ground on, just to the northeast in Kirkuk Province, Kurdish forces made a lightening assault Monday on ISIS positions. They claim to have retaken 40 square miles of territory.

ISIS is countering the assault any way they can, including with armored vehicles converted into bullet-proof truck bombs. The Kurds say they destroyed four of them with anti-tank missiles.

Operating independently from Baghdad, and closely allied with the U.S., the Kurdish fighters in Kirkuk coordinate American airstrikes from the ground.

The Kurds are setting their sights on the town of Hawija, where ISIS recently paraded a group of captured and caged Kurdish fighters through the streets.

Kurdish commanders have repeatedly told us just how important the U.S.-led airstrikes have been in their victories.