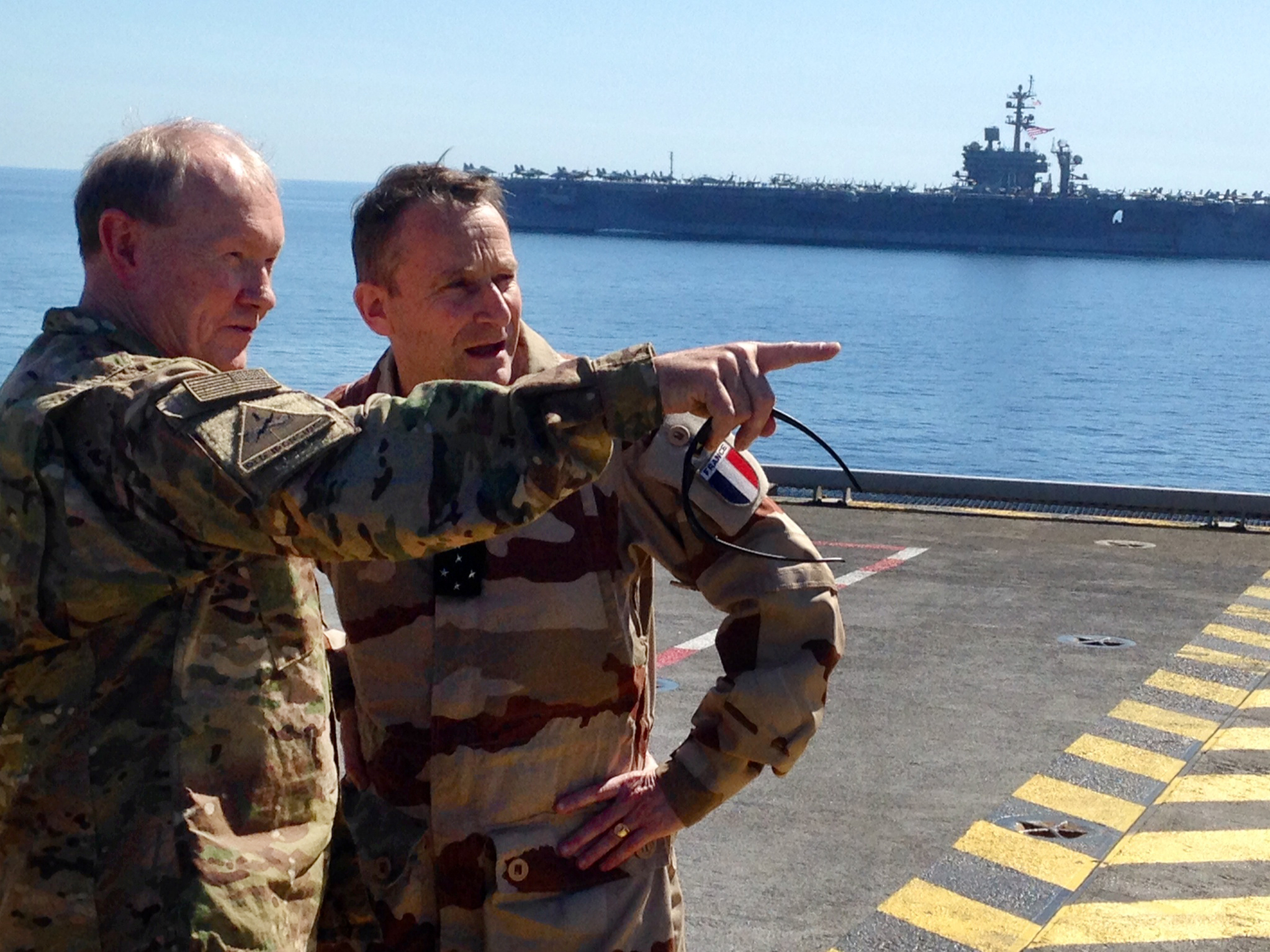 BAGHDAD -- As the battle for the northern Iraqi city of Tikrit enters its second week, U.S. chairman of the Joint Chiefs of Staff Gen. Martin Dempsey said putting more American boots on the ground wasn't the answer.

CBS News correspondent Holly Williams reports there are already more than 2,500 U.S. military advisers and trainers in Iraq, but Dempsey said their work is being hindered by the fact that Iraqi units sometimes fail to show up for training, or arrive without the proper equipment.

"We've got trainers and advisers that are waiting for some of the Iraqi units to show up, and when they've shown up -- a handful of them -- they've shown up understrength and sometimes without the proper equipment. The Iraqi government can actually fix that themselves," said Dempsey.

In the biggest ground offensive against Islamic State of Iraq and Syria (ISIS) militants since they blitzed across the country last year, Iraq's military says it has managed to cut off supplies to the extremists who hold Tikrit.

General Dempsey's visit to the French aircraft carrier, which is sitting in the Persian Gulf not too far from Iran's coast, came amid fears in the U.S. about the rising influence Iran's exerting inside Iraq.

Images appear to show Gen. Qassem Soleimani, commander of Iran's elite Quds Force, on the ground in northern Iraq. He's reportedly commanding at least some of the Iraqi forces fighting to get into Tikrit, though Iran claims its troops are only in Iraq as military advisers -- just like the U.S. forces.

The U.S. military is playing no direct role in the battle for Tikrit.

But if Iraqi forces can retake the city, it'll secure a supply route north, opening the door to even bigger operations, including the recapture of Mosul, Iraq's second largest city, which the extremists seized in June.

Gen. Dempsey called for strategic patience in Iraq. He warned that escalating airstrikes would risk many more civilian casualties -- something he said could play into the hands of ISIS and its propaganda machine.