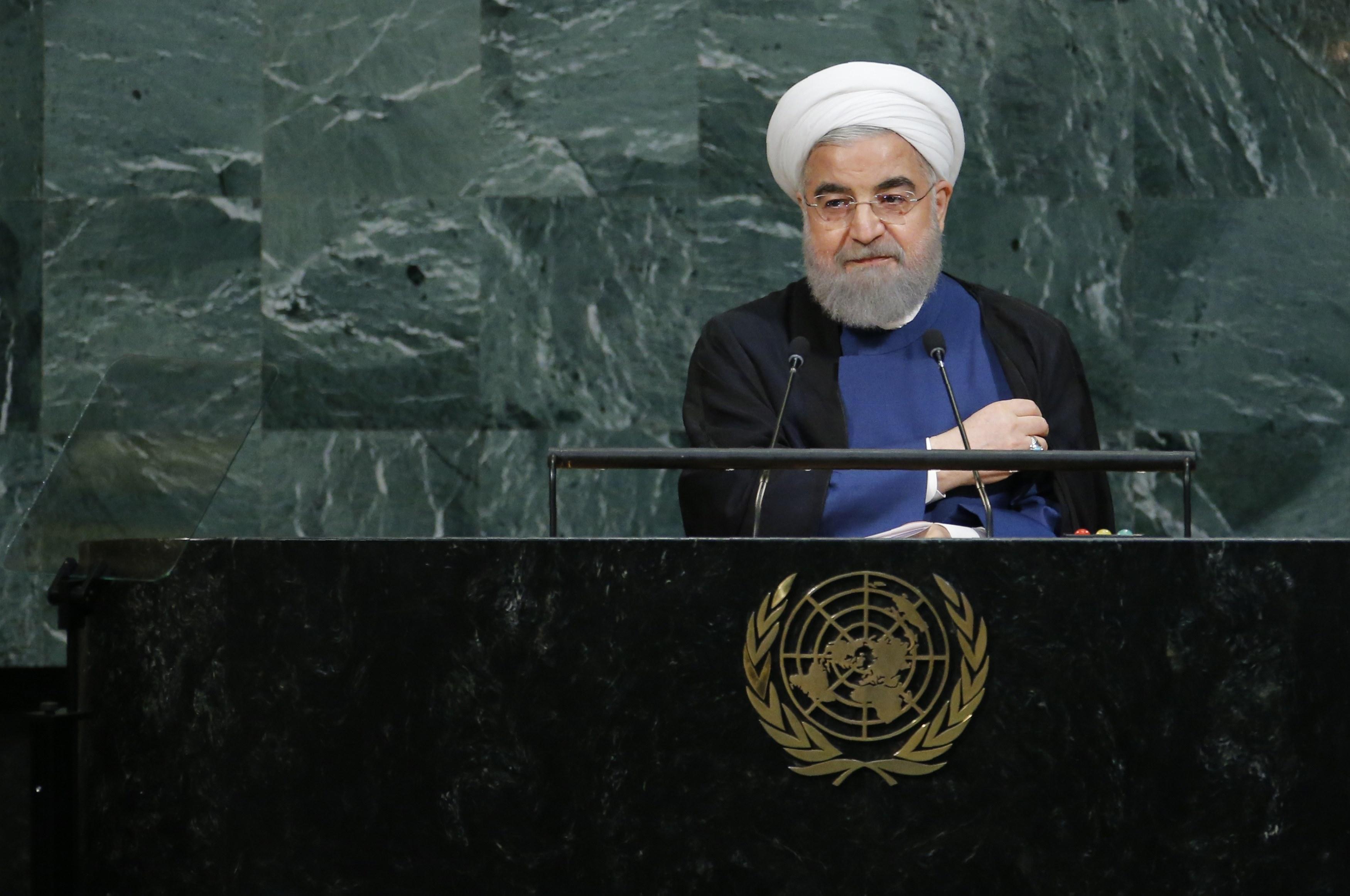 Iranian President Hassan Rouhani says his country won't be the first to violate the nuclear agreement with six world powers, "but it will respond decisively to its violation by any party."

In remarks clearly directed at U.S. President Donald Trump, he told the U.N. General Assembly on Wednesday that "it will be a great pity if this agreement were to be destroyed by rogue newcomers to the world of politics."

Rouhani said "the world will have lost a great opportunity, but such unfortunate behavior will never impede Iran's course of progress and advancement."

He said that "by violating its international commitments, the new U.S. administration only destroys its own credibility and undermines international confidence in negotiating with it or accepting its word or promise."

Iran has accused the Trump administration of not living up to its requirements on sanctions relief under the nuclear deal.

Mr. Trump told reporters Wednesday at the General Assembly that he has "decided" on what he will do about the Iran nuclear deal, although he isn't saying yet what that decision is.