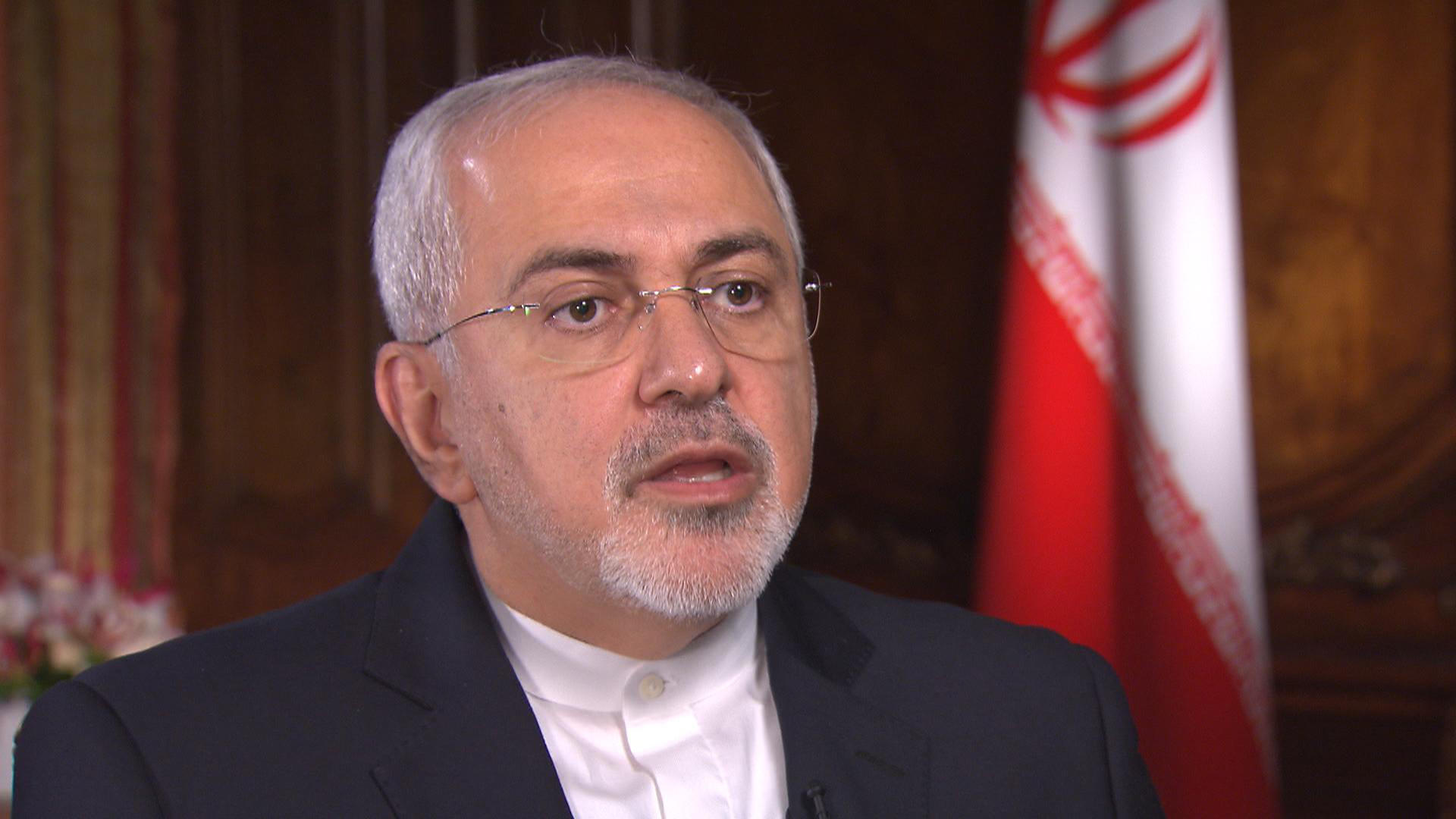 The day after the U.S. certified that Iran was adhering to the nuclear deal but violating it in spirit, Iranian Foreign Minister Mohammad Javad Zarif is turning the tables. He said in an interview with CBS News' Margaret Brennan that President Trump is violating the deal by lobbying other countries to unite against Iran.

He specifically pointed to the G-20 meetings in Hamburg, when, he said, Mr. Trump "tried the opportunity to dissuade other leaders from engaging in business with Iran."

Zarif also said that the new sanctions against Iran, announced the day after the administration recertified the nuclear deal, "poison the atmosphere" and "violate the spirit" of the deal. When asked if he thought the U.S. is trying to get Iran to walk away from the deal, Zarif replied that yes, "that's their wish."

But Iran is considering firing back with reciprocal sanctions; Zarif explained that Iran will "probably" add to its own list of banned U.S. corporations.

Yet there is no signal that the Iranians are ready or willing to walk away from the nuclear deal. Zarif said there will be no renegotiation, and he was quick to note that the Americans are not the only players here.  Though Mr. Trump has called the deal "terrible" and said it is not benefiting Americans, Zarif countered that no deal would be perfect.

"No deal is completely acceptable to everyone," Zarif said. "Unless you put a gun on, on somebody's head and have them sign a surrender deal, then you would not like the terms of any negotiated deal. Negotiations mean give and take. And this one not only involved Iran and the United States, but five other important players in the international community."

Zarif warned that the stakes would be much higher if Iran were to come back to the negotiating table.

If negotiations were to restart, "the demands by all sides would be very different. So that is why Iran and all other participants in the negotiations have said very clearly that this is not a deal that is open to renegotiation, because this is a multilateral deal, approved by the Security Council, and it's not a bilateral deal to be withdrawn from or to be renegotiated," Zarif said.

Further driving the two countries apart, over the weekend the Iranians sentenced an American-Chinese citizen, Xiyue Wang, to 10 years in prison.

"As foreigner minister, I try to do my best in order to prevent cases of this nature," Zarif said. He added that the judiciary is independent, which ultimately means "the government doesn't have any control over the judiciary."

Mr. Trump is also damaging the relationship between the two countries with his travel ban, Zarif claimed. The ban, which disallows Iranians to travel to the U.S., has "affronted" the entire nation, he said.

"The Muslim ban was an insult," Zarif said. He noted that Iranians living in the U.S. are physicians, engineers and scientists that have benefited the country. "I certainly think it is up to the U.S. government to stop sending all these hostile signals, not to the Iranian government only, but to the entire Iranian nation, both in Iran and abroad."

Zarif, who has not yet communicated directly with Secretary of State Rex Tillerson, said that he would be open to having discussions with him. He said he learned during the Obama administration that if both sides see a solution as a "triumph of diplomacy," conversations can be had. Now, with Mr. Trump in office, he sees hope for the two countries eventually having an open dialogue.

Iran has its frustrations with U.S. relationships in the Gulf, Zarif said, accusing the U.S. of cozying up to actors like the Saudis and the Qataris -- based on their interest in big defense contracts.

"The yardstick for the United States in ascertaining who is supporting terrorism is whether they're buying weapons from the United States. Just look at the statements that came out in the last few weeks. People who were not buying weapons became supporters of terrorism. And as soon as they agreed to buy weapons they immediately changed sides. Is that the yardstick that you want to apply? Or whether you have a serious yardstick?" Zarif said. He noted that Iranians were not involved in 9/11 and they have never conducted a terrorist attack on the U.S. Left unsaid was that 15 of the 19 terrorists who carried out the 9/11 attacks were Saudi.

On the foreign policy front Iran and the U.S. also are at odds with one another in Iraq and Syria, though here, Zarif tried to tamp down disagreement.

"We have been open to recognizing the choices that our neighbors make," Zarif said when asked if Iran would be open to Iraqi government requests that U.S. troops remain in the country.  "We respect the sovereign decision of our neighbors," he added.

Secretary Mattis has said that Iran is the primary backer of the Assad regime in Syria. Zarif did not bat away that assertion -- but he also said that Iran has been a steadfast ally in the fight against ISIS, which he referred to as "Daesh."