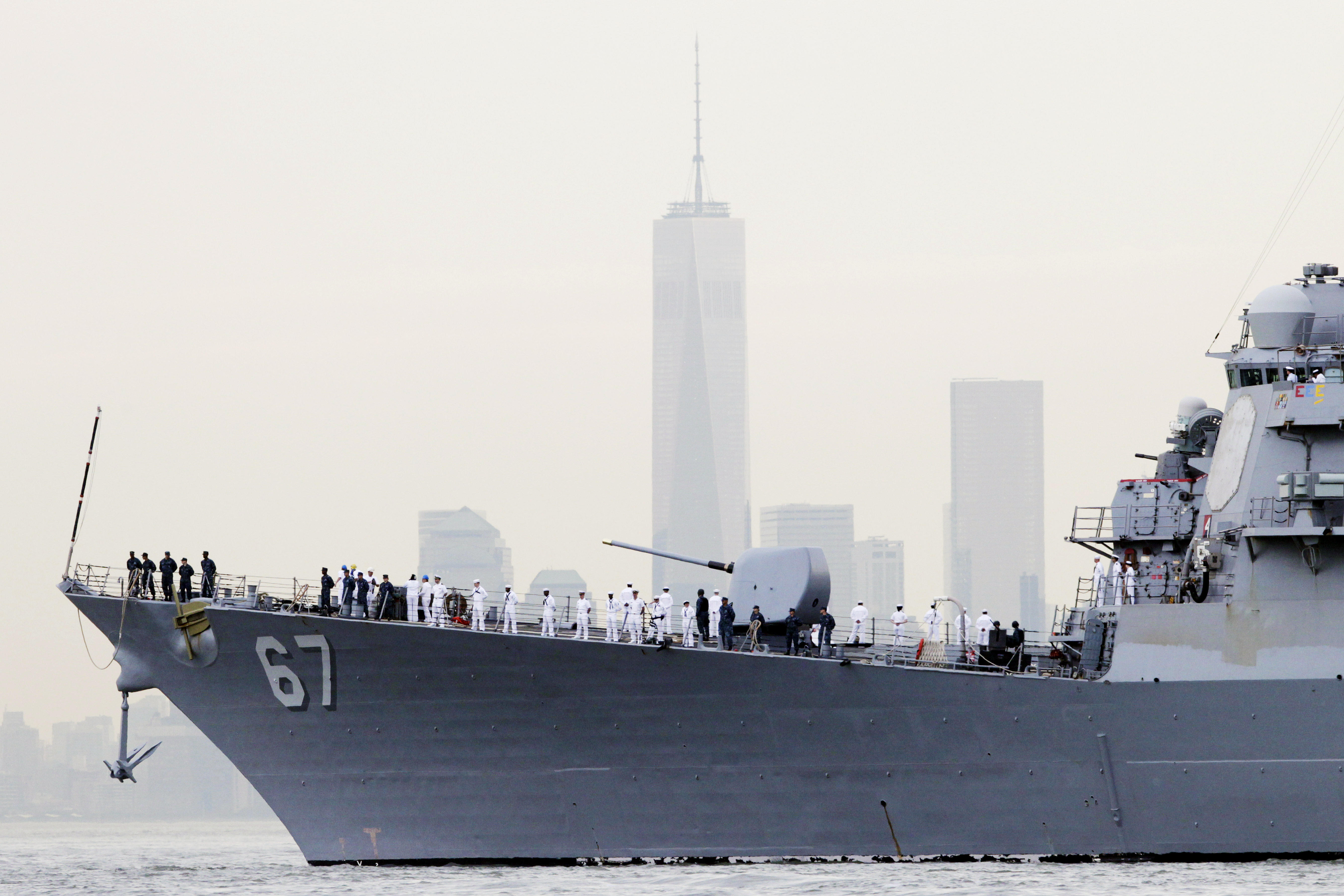 U.S. officials told CBS News on Wednesday that an Iranian warship had shined a spotlight and laser at an American military helicopter accompanying two U.S. Navy vessels sailing through the strategic Strait of Hormuz during the night.

Military sources told CBS News national security correspondent David Martin that the incident was considered by the U.S. Navy to have been "unsafe and unprofessional."

While Iranian military vessels do occasionally test the patience of U.S. warships in and near the Strait of Hormuz -- a vital international waterway through which nearly a third of all global oil shipments sail -- this incident was unusual because the Iranian ship involved was part of the regular Iranian navy, not the elite Revolutionary Guard.

The two U.S. ships involved were the USS Cole destroyer and the USS Bataan amphibious assault ship, a vessel designed to carry and deploy smaller vessels and helicopters.

The last "unsafe" incident in the Strait of Hormuz occurred in March this year, when Iranian vessels had a close encounter with a U.S. surveillance ship.

Martin reported that the USNS Invincible, which is outfitted with sonar to track submarines and radar to monitor missile tests, was transiting the Strait of Hormuz when it was forced to change its course to avoid a small group of Iranian Revolutionary Guard fast boats that had positioned themselves in front of her.

That encounter came just two days after an Iranian navy frigate came within 150 yards of the Invincible in the Gulf of Oman, just south of the Strait of Hormuz. The gulf separates Oman from southeastern Iran.

Still, neither of those incidents was the most serious of 2017. In January, a U.S. Navy destroyer fired multiple warning shots at Iranian patrol boats as they sped toward the destroyer in the Strait of Hormuz "with their weapons manned."

The crew of the USS Mahan fired the warning shots after attempting to establish contact with the Iranians and after dropping smoke flares, U.S. officials said.

The U.S. Navy's confrontations with Iranian naval forces in the Persian Gulf  do not usually reach the point of prompting warning shots by the U.S.

A U.S. Navy official told CBS News the Mahan was transiting the Strait of Hormuz when the Iranian boats sped toward it and failed to halt despite U.S. cautionary moves.

In May of 2016, the commander of the Revolutionary Guard threatened to close the Strait of Hormuz to the United States and its allies if they "threaten" the Islamic Republic.