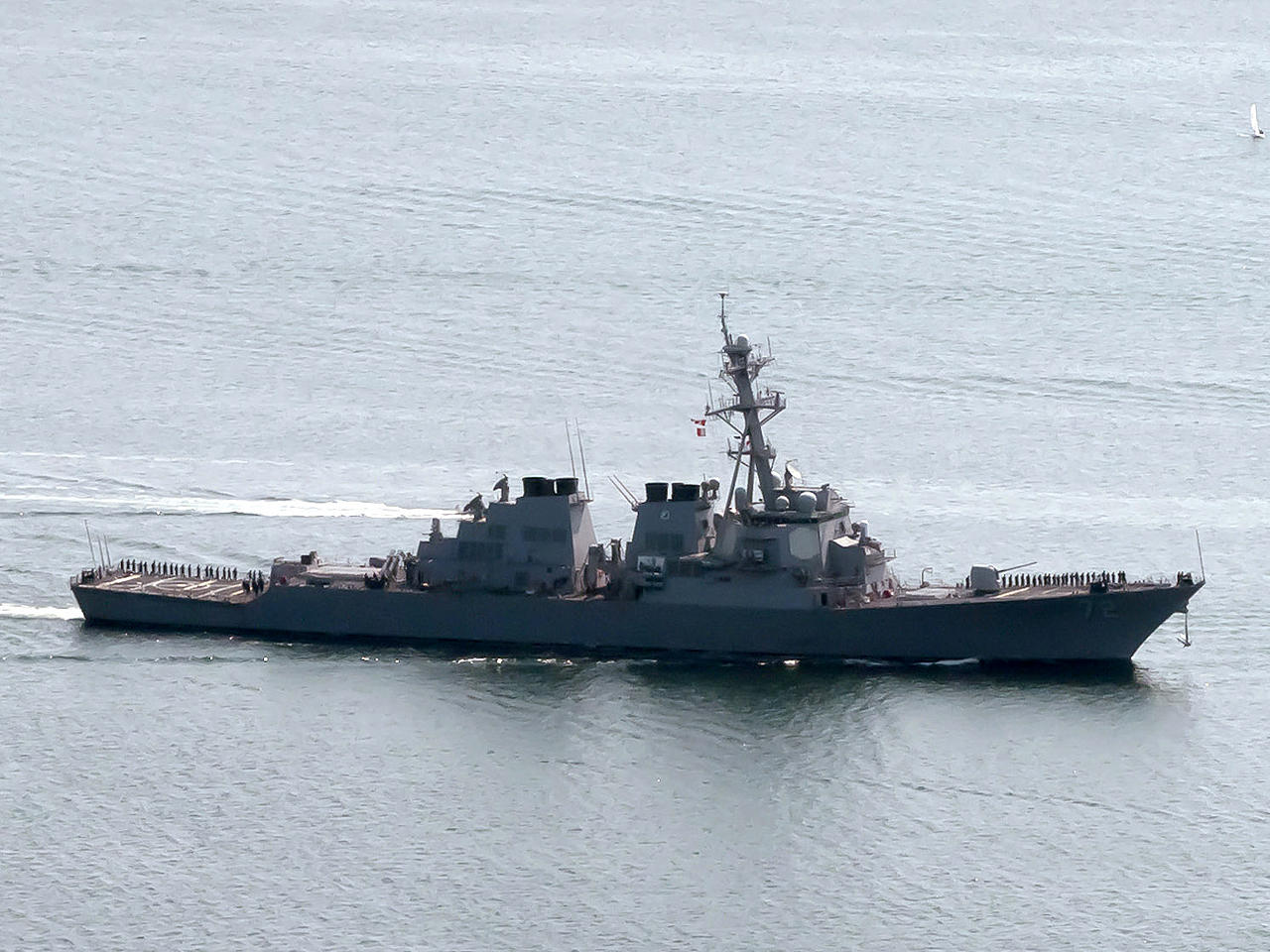 WASHINGTON -- A U.S. Navy destroyer fired multiple warning shots at Iranian patrol boats as they sped toward the destroyer at the entrance to the Persian Gulf “with their weapons manned,” U.S. defense officials said.

The crew of the USS Mahan fired the warning shots after attempting to establish contact with the Iranians and after dropping smoke flares, the officials said. The official was not authorized to discuss the matter publicly as so spoke on condition of anonymity.

The U.S. Navy occasionally has confrontations with Iranian naval forces in the Persian Gulf but they do not usually reach the point of prompting warning shots by the U.S.

A U.S. Navy official told CBS News the Mahan was transiting the Strait of Hormuz on Sunday when the Iranian boats sped toward it and failed to halt despite U.S. cautionary moves.

The Iranian boats broke away after the warning shots were fired, and then made radio contact with the Mahan by asking its course and speed.

“Disregarding the warnings, the IRGCN vessels continued to directly approach Mahan at a high rate of speed. Mahan then fired three warning shots with a crew-served 50 caliber machine gun, and the IRGCN vessels arrested their high-speed approach,” the Navy official told CBS News.

“Naval Forces Central Command assesses this interaction as unsafe and unprofessional due to the IRGCN’s vessels high speed approach on Mahan with weapons manned and disregard for repeated warnings via radio, audible siren, and ship’s whistle,” the official added.

U.S. relations with Iran are among the tougher foreign policy issues that President-elect Donald Trump will inherit next week when he succeeds President Obama.