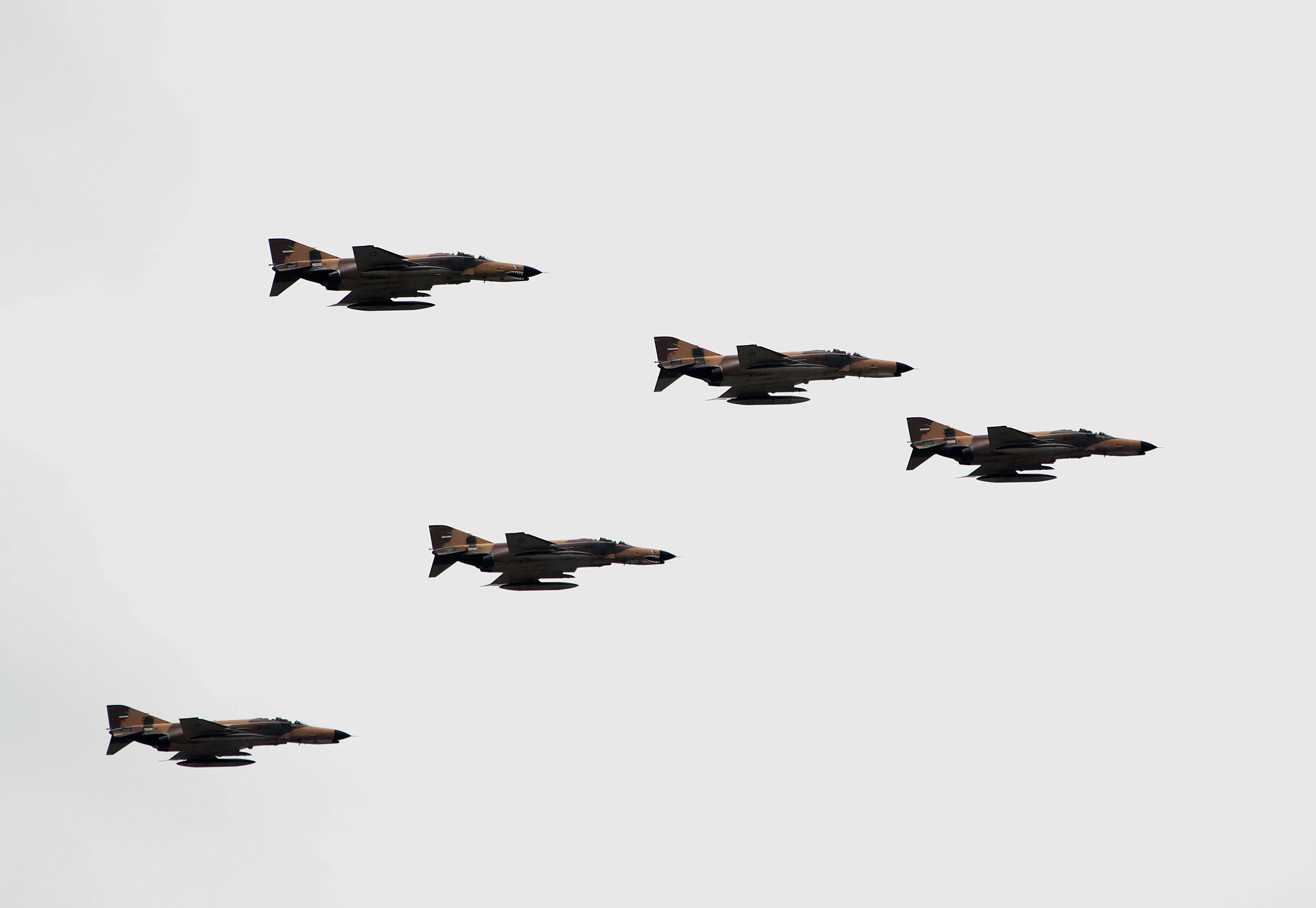 Iran is using American-made F-4 Phantom jets purchased during the time of the Shah to bomb positions held by the Islamic State of Iraq and Syria (ISIS) in eastern Iraq, CBS News correspondent David Martin reports.

The United States is aware of the strikes in Diyala province, which are flown in support of Iraqi ground troops, but there's no coordination going on and none is needed, Martin reports.

The air space is controlled by Iraq, so Iraqi authorities are in charge of traffic control. Diyala is northeast of Baghdad in a part of the country where the U.S. is not operating.

Both officials refused to give further details about the woman believed to be a wife of Abu Bakr al-Baghdadi, ISIS' reclusive leader. Very little is known about al-Baghdadi's personal life, including how many wives and children he has. Conservative interpretations of Islam allow men to marry up to four wives.

ISIS did not immediately comment on the detentions, but the reports were treated incredulously by ISIS supporters and militant websites.

One of the Lebanese officials said the woman and child were taken into custody about 10 days ago while carrying fake identification cards. He initially identified the woman as Syrian, but later said she is Iraqi and was in Syria before traveling to Lebanon.

He identified her as Saja al-Dulaimi who was held by Syrian authorities and freed in a prisoner exchange with the Nusra Front, Syria's al-Qaeda-linked branch, earlier this year. The woman "confessed during interrogation" that she was al-Baghdadi's wife, the official said.

Both Lebanese officials spoke on condition of anonymity in line with regulations. There was no official statement from the Lebanese military.

In March, the Nusra Front freed more than a dozen Greek Orthodox nuns, ending their four-month captivity in exchange for the Syrian authorities' releasing dozens of female prisoners.

The reported detentions come amid attempts to reach a prisoner-exchange deal between Lebanese authorities on one side and ISIS and the Nusra Front on the other. The militants have been holding more than 20 Lebanese soldiers and policemen hostage since August and have demanded the release of Islamist prisoners held by Lebanon. On Monday night, the Nusra Front threatened to kill one of the soldiers it holds captive.

If the woman is confirmed to be al-Baghdadi's wife, Lebanese authorities could use her as a bargaining chip in their attempts to win the freedom of the troops.

A judicial official said the interrogation of the woman is being supervised by Lebanon's military prosecutor, Saqr Saqr, and that a DNA test is underway to confirm that the child is her son.

Experts said it would be difficult to confirm whether the woman is indeed the wife of al-Baghdadi, whose real name is Ibrahim Awwad Ibrahim Ali al-Badri al-Samarrai. The U.S. is offering a $10 million reward for information leading to his death or capture.

Charles Lister of the Brookings Doha Center, who closely follows jihadi groups, said the woman's name was on the list of those released in exchange for the nuns in March, but determining her purported link to al-Baghdadi remains difficult.

If confirmed, however, it would "represent a significant development, particularly considering the potential value of such an individual in prisoner exchanges," he added.

The Lebanese daily As-Safir first reported the detentions, saying the woman and boy were taken into custody near a border crossing point with Syria. It said the arrest came in "coordination with foreign intelligence agencies."

Meanwhile, ISIS supporters released a video claiming responsibility for a shooting that wounded a Danish citizen in the Saudi capital of Riyadh last month.

The video posted online Monday by the Al-Battar Media Foundation shows a gunman pulling up beside a vehicle and firing five times at the man in the car, identified as Thomas Hoepner. The video's authenticity could not be confirmed but it was posted on a website commonly used by militants.

Saudi security officials say a Danish man was shot while driving Nov. 22, and that he was treated for shoulder wounds. They did not release his name.

If confirmed, the shooting would be the first attack on foreigners in the kingdom carried out by ISIS supporters. About a decade ago, al-Qaeda militants seeking to topple the Western-allied monarchy launched a wave of attacks that killed scores of security forces and Westerners in Saudi Arabia.

The video also includes audio clips of ISIS leaders calling on supporters to launch attacks inside the kingdom.

Denmark and Saudi Arabia are part of the U.S.-led coalition conducting airstrikes against ISIS militants in Iraq and Syria.

On Monday, U.S. military, law enforcement and intelligence personnel were warned that they could be targeted by ISIS. A new security bulletin issued by the Department of Homeland Security and the FBI advises that U.S. intelligence has seen ISIS figures overseas calling for individuals in the U.S. to attack above mentioned groups.