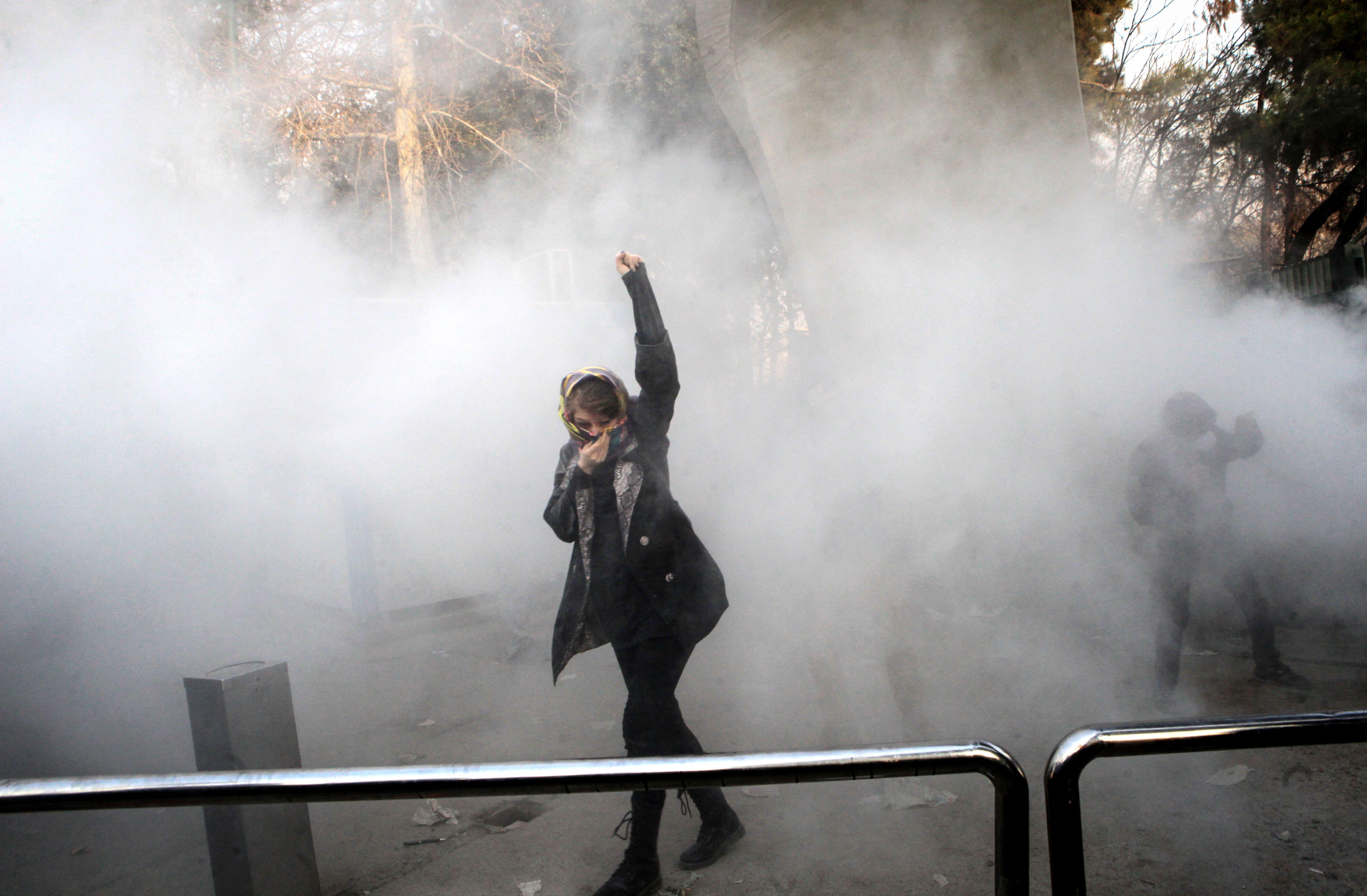 The demonstrations, which began Thursday over the economic woes plaguing Iran, appear to be the largest to strike the Islamic Republic since the protests that followed the country's disputed 2009 presidential election.

They were fanned in part by messages sent on the Telegram messaging app, which authorities blocked Sunday along with the photo-sharing app Instagram, which is owned by tech giant Facebook.

Many in Iran are learning about the protests and sharing images of them through Telegram, a mobile phone messaging app popular among the country's 80 million people. On Saturday, Telegram shut down one channel on the service over Iranian allegations it encouraged violence, something its moderator denied.

On Sunday, Telegram CEO Pavel Durov wrote on Twitter that authorities had blocked access to the app.

"Iranian authorities are blocking access to Telegram for the majority of Iranians after our public refusal to shut down ... peacefully protesting channels," he wrote.

"With a decision by the Supreme National Security Council, activities of Telegram and Instagram are temporarily limited," the report said, without elaborating.

Facebook, based in Menlo Park, California, did not immediately respond to a request for comment. Facebook itself has been banned in Iran since protests against the disputed 2009 re-election of hard-line President Mahmoud Ahmadinejad. However, some in Iran access it and other banned websites using virtual private networks.

Meanwhile, authorities acknowledged the first fatalities in the protests in Doroud, a city some 200 miles southwest of Tehran in Iran's western Lorestan province. Protesters had gathered for an unauthorized rally that lasted into the night Saturday, said Habibollah Khojastepour, the security deputy of Lorestan's governor. The two protesters were killed in clashes at the rally, he said.

"The gathering was to be ended peacefully, but due to the presence of the (agitators), unfortunately, this happened," Khojastepour was quoted as saying.

Khojastepour did not offer a cause of death for the two protesters, but said "no bullets were shot from police and security forces at the people."

Videos circulating on social media late Saturday appeared to show fallen protesters in Doroud as gunshots sounded in the background. The Associated Press could not immediately verify the footage.

Thousands have taken to the streets of cities across Iran, beginning on Thursday in Mashhad, the country's second-largest city and a holy site for Shiite pilgrims.

The protests in the Iranian capital, as well as President Trump tweeting about them, raised the stakes. It also apparently forced state television to break its silence on Saturday, acknowledging it hadn't reported on the protests on orders from security officials.

At least 50 protesters have been arrested since Thursday, authorities said Saturday. State TV said some protesters chanted the name of the U.S.-backed shah, who fled into exile just before Iran's 1979 Islamic Revolution and later died.

On Sunday, the semi-official ILNA news agency reports that authorities have arrested about 200 people during the protests in Tehran.  Ali Asghar Nasserbakht, a security deputy governor of Tehran, said police arrested 40 leaders and those who were planning to riot and destroy public property.

Iran's economy has improved since its 2015 nuclear deal with world powers, which saw Iran limit its enrichment of uranium in exchange for the end of some international sanctions. Tehran now sells its oil on the global market and has signed deals to purchase tens of billions of dollars' worth of Western aircraft.

That improvement has not reached the average Iranian, however. Unemployment remains high, and official inflation has crept up to 10 percent again. A recent increase in egg and poultry prices by as much as 40 percent, which a government spokesman has blamed on a cull over avian flu fears, appears to have been the spark for the economic protests.

While the protests have sparked clashes, Iran's hard-line paramilitary Revolutionary Guard and its affiliates have not intervened as they have in other unauthorized demonstrations since the 2009 election.

Some analysts outside of Iran have suggested that may be because the economic protests initially just put pressure on the administration of President Hassan Rouhani, a relative moderate whose administration struck the nuclear deal.