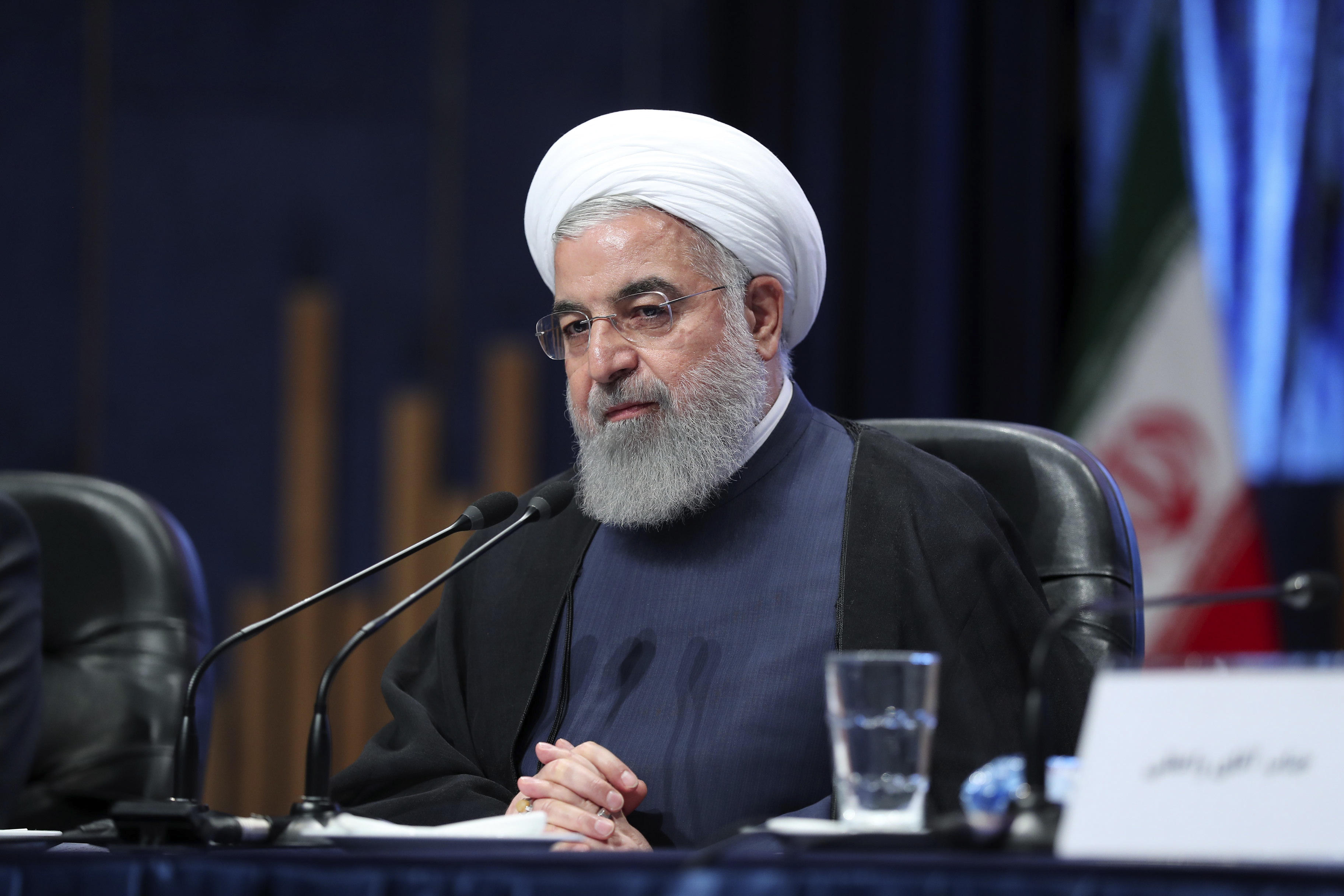 TEHRAN, Iran -- Iran's president on Tuesday warned the country could face "some problems" ahead of President Donald Trump's decision on whether to pull out of its nuclear deal with world powers. Without directly naming Mr. Trump, Rouhani's remarks at a petroleum conference in Tehran represented the first official Iranian comment on the U.S. president's overnight tweet that he'd make an announcement on the deal Tuesday.

"It is possible that we will face some problems for two or three months, but we will pass through this," Rouhani said.

Rouhani also stressed Iran wants to keep "working with the world and constructive engagement with the world." That appeared to be a nod to Europe, which has struck a series of business deals with Iran since the landmark 2015 nuclear deal, known formally as the Joint Comprehensive Plan of Action (JCPOA).

Mr. Trump's announcement, set for the 2 p.m. Eastern at the White House, will come after nightfall in Iran. His announcement will come just days before a May 12 deadline, at which point he must formally decide whether to renew current waivers of sanctions imposed against Iran. If he lets the waivers lapse, it opens the door for the U.S. Congress to re-impose the sanctions, which would effectively make the U.S. non-party to the international nuclear agreement.

"Face the Nation" moderator Margaret Brennan says any way you slice it, the Trump administration appears to have decided to deal a severe blow -- potentially a fatal blow -- to what U.S. intelligence has verified to be an effective arms control deal that has kept Iran's nuclear program frozen for three years. Mr. Trump is delivering on another campaign promise, says Brennan, but one which is arguably far more consequential than any other deal he's torn up.

The United Kingdom, France and Germany were all unable to persuade the Trump administration to broker a side deal that would satisfy the U.S. enough to keep it party to the 2015 agreement. That sets the stage for President Trump to announce on Tuesday that he will not issue a new sanctions waiver.

It was not clear on Tuesday morning, however, whether Mr. Trump was to announce he was simply not signing the waiver, or whether he will take the presumable next step and re-impose all of the U.S. sanctions, or even add more.

The latter option would formally pull the U.S out of the JCPOA. The first option, however -- just declining to sign a new waiver for the sanctions -- would allow more diplomatic wiggle room, says Brennan.

Either way, the Trump administration would alienate the major U.S. allies who are part of the international agreement. Secretary of State Mike Pompeo told European allies that there may be a 180-day grace period for sanctions to be reinstituted, in a way that would help the U.S. avoid punishing European firms who do business in Iran.

A lot of how Iran and the world react to Mr. Trump's announcement will likely depend on exactly how and how quickly Mr. Trump decides to put the sanctions back on.

One senior Trump administration official told Brennan "the fix seems to have been in for some time." In other words, President Trump has always been determined to get out of the deal.

When asked what the consequences of the U.S. exiting the deal could be, the senior official said Iran could chose to play it "smart" by remaining within the confines of the agreement themselves -- opening up to the Europeans and effectively daring the U.S. government to "spend the next six months fighting European banks."

That strategy, notes Brennan, would be consistent with earlier comments made by Rouhani, suggesting Iran could stay in.

Weeks earlier, however, Iranian Foreign Minister Mohammad Javad Zarif told Brennan on "Face the Nation" that Tehran could also decide the U.S. had violated the deal, and resume their nuclear program.

On Tuesday, ahead of Mr. Trump's announcement, Iran's Vice President Eshaq Jahangiri was clear on at least one implication of a potential U.S. withdrawal from the agreement, telling the Tasnim news agency that if it happens, "it would be naive to negotiate with this country again."