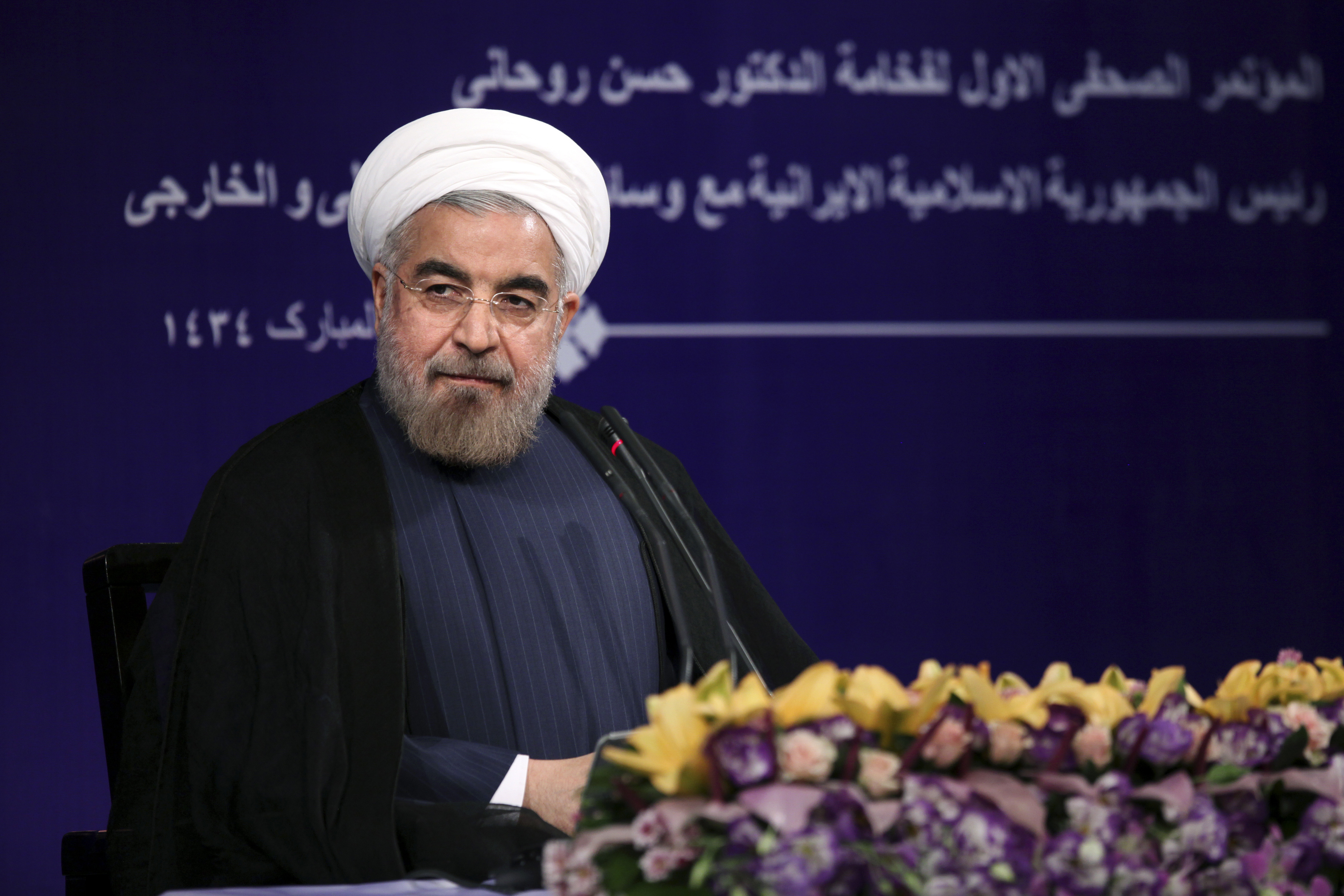 TEHRAN, Iran Iran is ready for "serious" and swift talks with world powers over its controversial nuclear program, the country's new president said Tuesday, echoing his own earlier calls for a better dialogue with the West.

The remarks by Hasan Rouhani came at his first news conference as the Iranian president. The moderate cleric won a landslide victory in June presidential elections and took the oath of office on Sunday.

"We are ready to engage in serious and substantial talks without wasting time," Rouhani said, but warned that Iran's interactions with the West should be based on "talks, not threats."

Many Iranians and foreign diplomats hope Rouhani, a former top nuclear negotiator, can strike a more conciliatory tone in the talks. Four rounds of negotiations since last year have failed to make significant headway.

The U.S. and its allies fear Iran is trying to develop a nuclear weapon, a charge Tehran denies, saying its atomic program is meant for peaceful purposes only, such as power generation and medical isotopes.

Rouhani replaced Mahmoud Ahmadinejad, who struck a hard-line approach when dealing with the West and its sanctions over Iran's nuclear program. The sanctions have hit the country's economy hard, decimating its vital oil exports and blocking transactions on international banking networks.

Though all Iranian policies, including the nuclear issue, are firmly in the hands of Supreme Leader Ayatollah Ali Khamenei, a strong president can influence decision-making. Rouhani has in the past said that he would make it his priority to get the sanctions against Iran lifted.

"I, as the president of Iran, announce that Iran has a serious political will to solve the (nuclear) problem while protecting the rights of the Iranian people at the same time as it seeks to remove concerns of the other party," Rouhani told reporters in Tehran.

CBS News correspondent Elizabeth Palmer reported from Tehran that international observers are anxious to see what kind of compromise Rouhani might offer at the international nuclear talks that are set to begin in a few weeks.

Palmer reported that the kinds of things he may offer are better access to Iran's nuclear sites for U.N. inspectors or perhaps even shipping stockpiles of nuclear material out of the country.

Earlier on Tuesday, the European Union's foreign policy chief, Catherine Ashton, called on Rouhani to schedule "meaningful talks" on the nuclear issue as soon as possible.

Spokesman Michael Mann said Ashton congratulated Rouhani on his inauguration and urged him to use his strong mandate "to seek a swift resolution to (the international community's) serious concerns about Iran's nuclear activities."

Ashton said she and the group of nations negotiating with Iran - the five permanent U.N. Security Council nations plus Germany - "stand ready to continue talks to find a resolution as quickly as possible."

Rouhani has repeatedly said that he believes it's possible to strike an agreement that would allow the Islamic Republic to keep enriching uranium - the core issue at the center of the nuclear controversy and a potential pathway to atomic weapons - while assuring the West it will not produce nuclear arms.

On Tuesday, he said uranium enrichment is Iran's right as it is for any other country but that he would look to "remove mutual concerns, achieve mutual interests and a win-win deal for both sides."

In efforts to account for its nuclear ambitions, President Barack Obama and other Western leaders remain publicly committed to diplomacy though they stress military options against Iranian nuclear sites are not off the table.

Rouhani indicated he would "not have any problem to talk" directly to Washington and to "whoever wants to talk to us in good will ... even if it is the U.S.," as long as the other party is "serious about talks and abandons the language of pressure and threat."

Rouhani admitted, however, that there is a "long way to go until the point" when Iran would allow the U.S. consulate to resume work in Tehran.