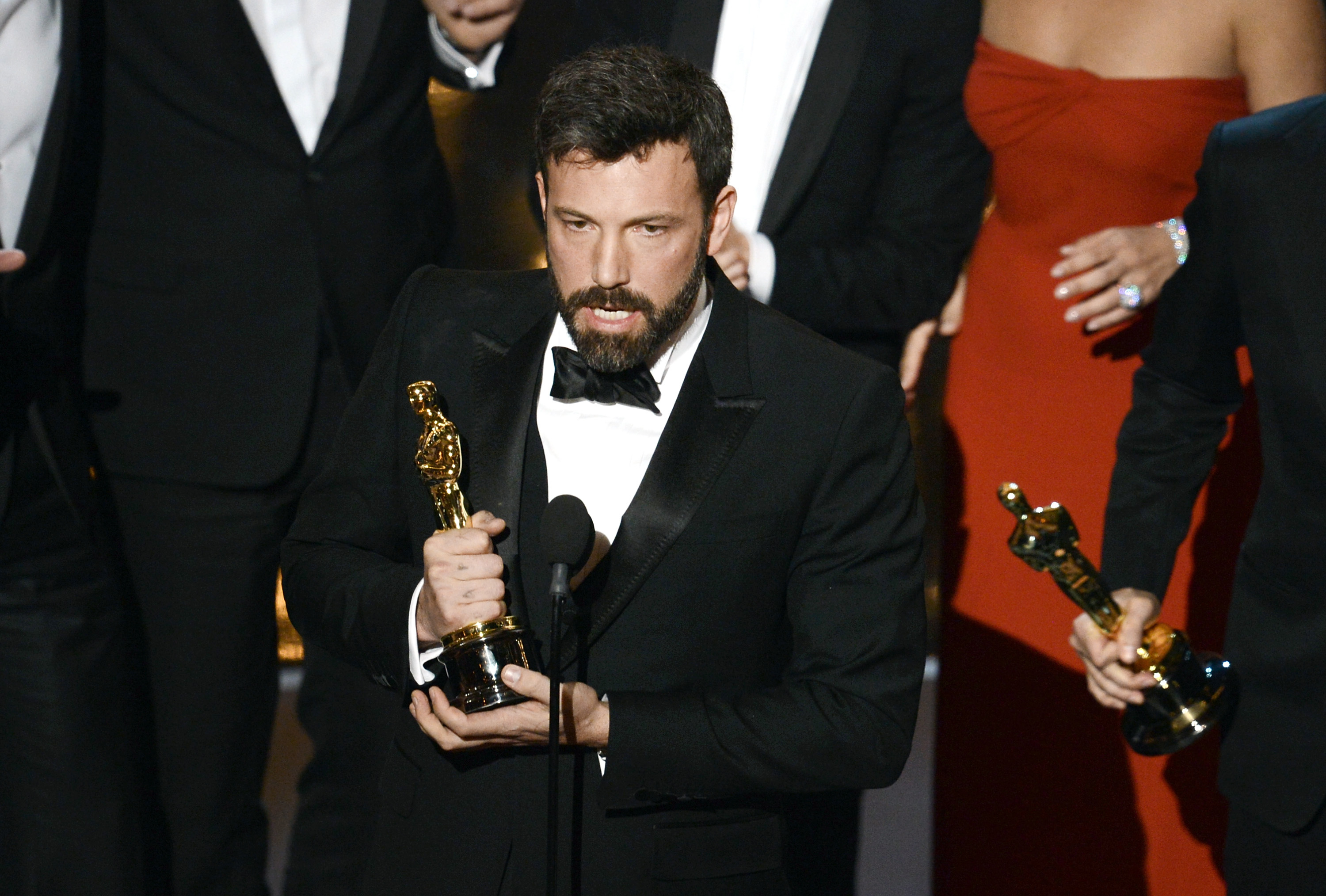 TEHRAN, Iran Iran's state TV dismissed the Oscar-winning film "Argo" on Monday as an "advertisement for the CIA" and some Iranians called the award a political statement by America for its unflattering portrayal of the aftermath of the 1979 Islamic Revolution.

And while "Argo" has not appeared in any Iranian cinema, there has been no shortage of buzz from those who saw the movie through bootleg DVD networks.

The discussions over "Argo" in Iran have often pried open a generational divide: Iranians who took part in the 1979 Islamic Revolution picking apart the portrayals of Tehran during the time, and Iranians too young to recall the events getting a different view of the upheavals.

"I want to know what the other side is saying," said Shieda, a 21-year-old University of Tehran student, who gave only her first name to avoid possible backlash for speaking with foreign media.

Tehran City Council member Masoomeh Ebtekar, who was one of the students who occupied the U.S. Embassy and acted as the Iranian students' spokeswoman, says the film exaggerates the violence among crowds that stormed the compound in November 1979.

Fifty-two Americans were held hostage for 444 days, but a handful of embassy staffers were sheltered by the Canadian ambassador. Their escape, using a fake movie as a cover story, is recounted in "Argo."

Ebtekbar insists the hostage-takers were mostly students, but other accounts suggest militants and members of the Revolutionary Guard were closely involved in the crisis.

Actor-director Ben Affleck "goes and shows scenes of a very violent and very angry mob throughout the film," Ebtekbar said. "It is never mentioned that these are a group of students."

Iran's state TV called the movie "an advertisement for the CIA."

But retired teacher Reza Abbasi, who saw the Revolution first-hand, said, "I know Hollywood usually changes reality to make it attractive for movie lovers, but more or less it was close to the realities then."

Others say "Argo" also shows the need for Iranian filmmakers to deal more with issues from the Revolution.

The moderate Hamshahri newspaper said the movie "targeted the culture and civilization of Iran," but is worthwhile for Iranians to see a different perspective of the events that led to the collapse of relations between the U.S. and Iran.

"Iranian audiences are seeing a new version of the events for the first time," said a commentary in the newspaper. "This has been a weak point for our TV and cinema industry, which has not produced anything about the (US Embassy storming) after more than three decades."

Iran's state-run film industry boycotted this year's Oscars in the wake of a U.S.-made Internet video clip that denigrated the Prophet Muhammad and set off protests across the Muslim world.

In February 2012, Iranian director Asghar Farhadi won the 2012 Oscar for best foreign film for "A Separation" -- the first such prize for Iran. A month earlier, Iranian authorities ordered the closure of the House of Cinema, an independent film group that had operated for 20 years and counted Iran's top filmmakers, including Farhadi, among its members.

"In my opinion, it's a nice movie from technical aspects and it was on the scale of Hollywood movies, but I don't think it was worth a nomination for Oscar and other awards," said Mohammad Amin Sharifi, a movie fan in Tehran.