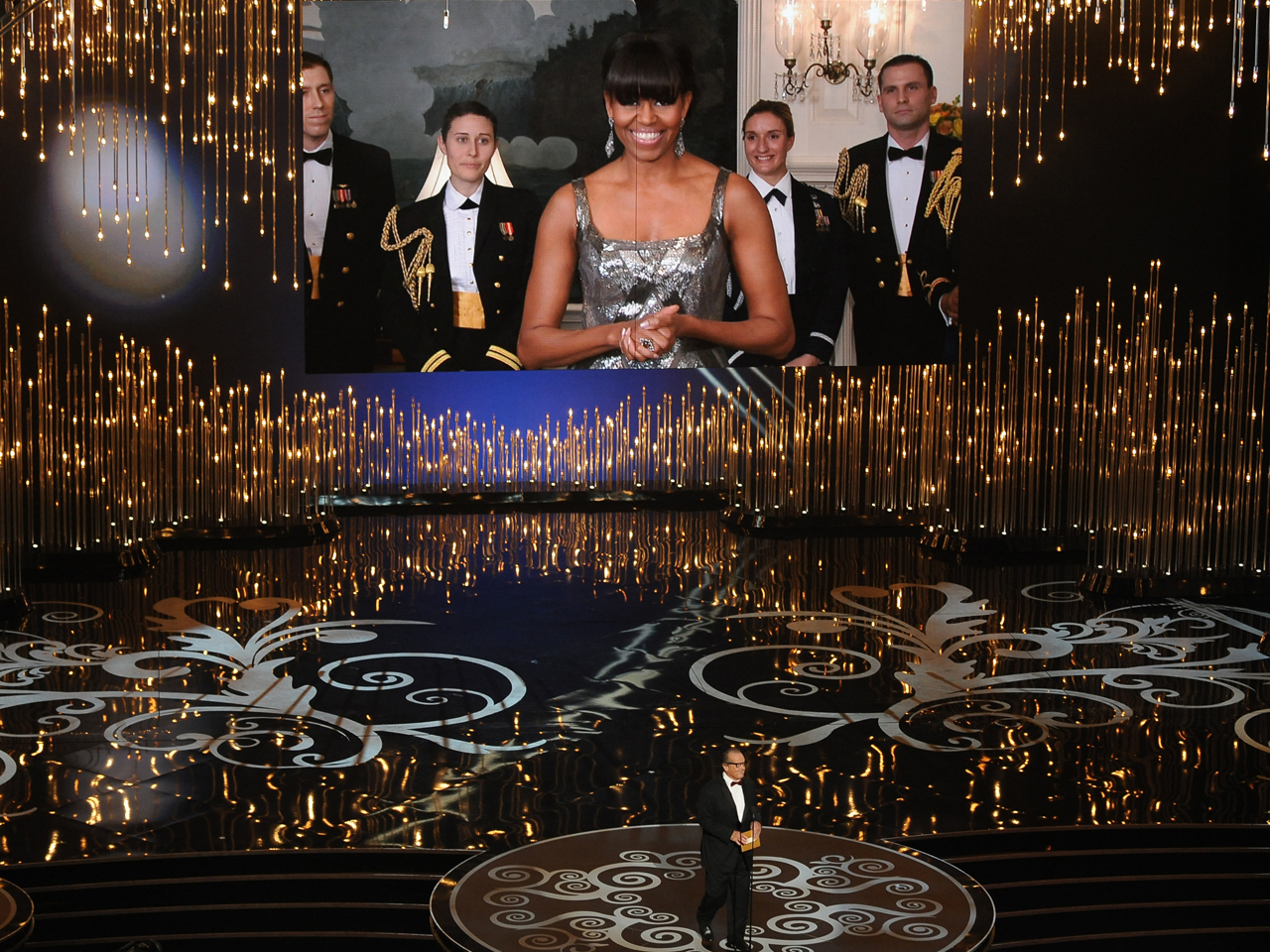 First lady Michelle Obama made a surprise appearance at the Oscars, opening the envelope that contained the name of the best-picture winner, "Argo."

Appearing via streaming video from the White House, Mrs. Obama said all of the nominees demonstrated that "we can overcome any obstacle."

She said that message is "especially important for our young people" and thanked Hollywood for encouraging children "to open their imaginations."

The first lady was introduced by Jack Nicholson, who noted that the best picture trophy is usually announced solo.

Mrs. Obama wore a silver, art deco-inspired gown by Indian-born American fashion designer Naeem Khan. It was the same dress she wore for the Obamas' dinner with the nation's governors at the White House on Sunday night.