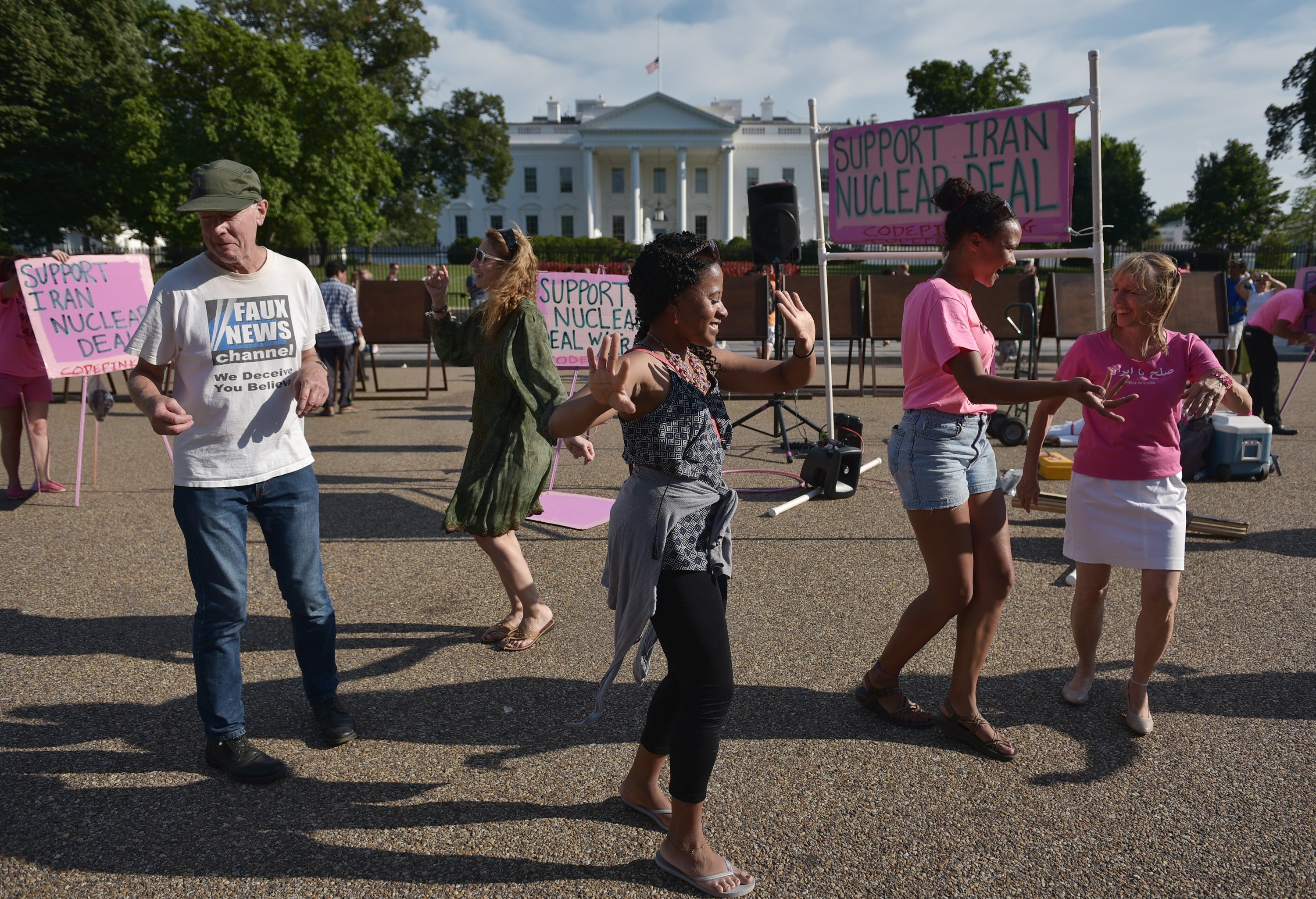 The looming congressional vote on the nuclear deal with Iran is turning the Capitol into a crucible as supporters and opponents of the deal ratchet up their lobbying before senators leave town at the end of the week.

President Obama is scheduled to hold a meeting with Jewish-American organizations Tuesday, the same day Israeli Prime Minister Benjamin Netanyahu - a fierce opponent of the Iran deal - holds a conference call with the presidents of major American Jewish organizations and Jewish federations. On Wednesday, the president will take his case for the deal to the American people in a speech, and the Senate Banking Committee will try to find out more about the sanctions relief Iran will get in exchange for scaling back its nuclear program.

House Republican leaders said Monday have the votes to formally disapprove of the deal with Iran. What isn't certain is whether they can come up with the votes to override the president's promised veto. The White House believes the president's veto will stand, at least in the House.

"We do feel confident that...if faced with the choice of sustaining the president's veto of a resolution of disapproval, that we've got enough support in the House of Representatives to sustain that veto," White House Press Secretary Josh Earnest said Monday.

The White House needs to hold onto 145 Democratic votes in the House, and Earnest noted that Democratic Reps. Seth Moulton, an Iraq War veteran, and Adam Schiff, the top Democrat on the House Intelligence Committee, are on board, and they may be able to help win support for the deal. Earnest also reminded reporters Monday, 150 Democrats signed a letter in support of the Iran deal framework when it was unveiled earlier this year, giving them room to lose a couple of representatives and still prevail.

In the Senate, CBS Chief White House Correspondent Major Garrett reports, the math is straightforward, and the margin is possibly slimmer. The White House needs 34 Democrats to sustain a veto, a target senior officials believe they can hit even without the support of Democratic Rep. Chuck Schumer of New York, a prominent Jewish lawmaker and member of the Democratic leadership. Without Schumer, the margins get tighter, but officials believe they can still round up the 34 votes - especially after Sen. Elizabeth Warren, D-Massachusetts, announced her support over the weekend.

"What happens if Congress votes down this deal? What is the alternative? Can you renegotiate the deal? Will this empower the hand of the secretary of state and negotiating parties for a better deal? Or will the Iranians simply walk away, expand their program, and all you're left with is the potential of kinetic power and war?" said CBS News Senior National Security Analyst Juan Zarate as he laid out the questions facing Congress. "I think it will be a vote of no confidence in the deal. The vast majority will vote against it. The question will be, is it enough to override a veto from the president?"

No one in Washington is feeling more pressure than Schumer, who will take over as the Democratic leader when Harry Reid, D-Nevada, retires in 2017. As a Jewish member of Congress, he's directly in the crosshairs of major Jewish organizations like the American Israel Public Affairs Committee (AIPAC) and J Street, which are pouring millions into their campaigns to sink and save the deal, respectively.

"This is such an important decision that I will not let pressure, politics or party influence (me)," Schumer said at a press conference related to gun control Monday. He said he has already attended about 20 briefings, two of which were classified, and his spokesman, Matt House, said he has read and reread the deal. Schumer is calling the Iran vote "one of the most important decisions that I'll make."

One former senior Democratic staffer who cautioned he has not discussed the deal with Schumer or his staff, said he had a "difficult time imaging him voting yes."

"He's always been among the most hawkish in Congress on Israel. It's deep in his blood," the former staffer told CBS News. "At the same time, the theory that his position will have a large effect on the caucus...I don't buy that either. Most Democrats will support the President and my guess is that Democratic leadership will be split on the issue as well. So I think this is a pure conscience vote and - if Schumer votes no - his power will come only from power of persuasion, not power of leadership."

Other people who are closely watching the deal think otherwise.

"Senator Schumer might alienate some of the key members of his party and a good chunk of the base of support for his party by going against the overwhelming consensus within it in support of this deal," Dylan Williams, the vice president for government affairs at J Street, told CBS News. He specifically cited the fact that Warren and several prominent Jewish members of Congress have announced their support for the deal.

J Street, the major liberal Jewish advocacy group, is lobbying members of Congress and their staffs to vote for the deal. They view eight to 10 members of the Senate and about 30 members of the House as true swing votes.

They're also sending Israeli security experts who support the nuclear deal across the country to build support across the country while lawmakers are home for the recess. The organization is spending about $5 million it has raised in the last six weeks to campaign for the deal.

On the other side are much larger groups like AIPAC, which has had meetings in more than 400 congressional offices and created a group called Citizens for a Nuclear Free Iran expressly to lobby against the deal. Their board members include former Democratic Sens. Evan Bayh, Mark Begich and Mary Landrieu, as well as former senator and vice presidential candidate Joe Lieberman. The group is advertising in 35 states and spending $20 to $40 million on its lobbying efforts.

Congress' 60-day period to review the deal ends September 17, so both J Street and AIPAC plan to take their lobbying efforts across the country during the August recess.

"I think there will ultimately be no August recess for groups working on this issue and in some sense for members themselves," Williams said.