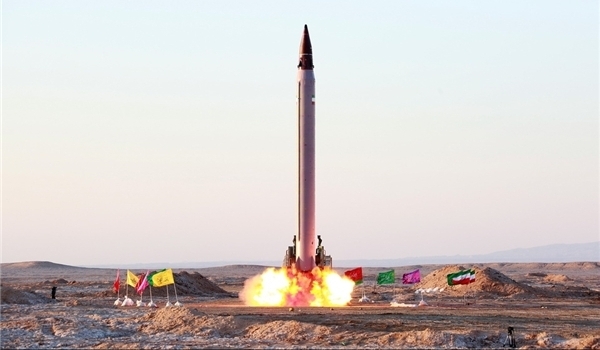 He said the missile, named Emad or pillar in Farsi, was a technological achievement for Iran - able to be controlled until the moment of impact and to hit targets "with high precision."

Dehghan said this is "the country' first long-range missile with navigation and strike controlling capability."

The channel showed footage of the huge missile being launched in a desert area, but it did not elaborate on the range of the missile or the specifics of the test firing.

This is the first test of a ballistic surface-to-surface missile by Iran since U.N. Security Council Resolution 2231 in July, which endorsed a landmark nuclear deal reached between Iran and world powers. The resolution called on Iran not to undertake any activity related to ballistic missiles capable of delivering nuclear weapons. Iran says none of its missiles are designed for that purpose.

In a story about the missile test on the semi-official FARS News Agency website, officials said the missile that "Iran's wargames and its advancements in weapons production have proved as a deterrent factor."