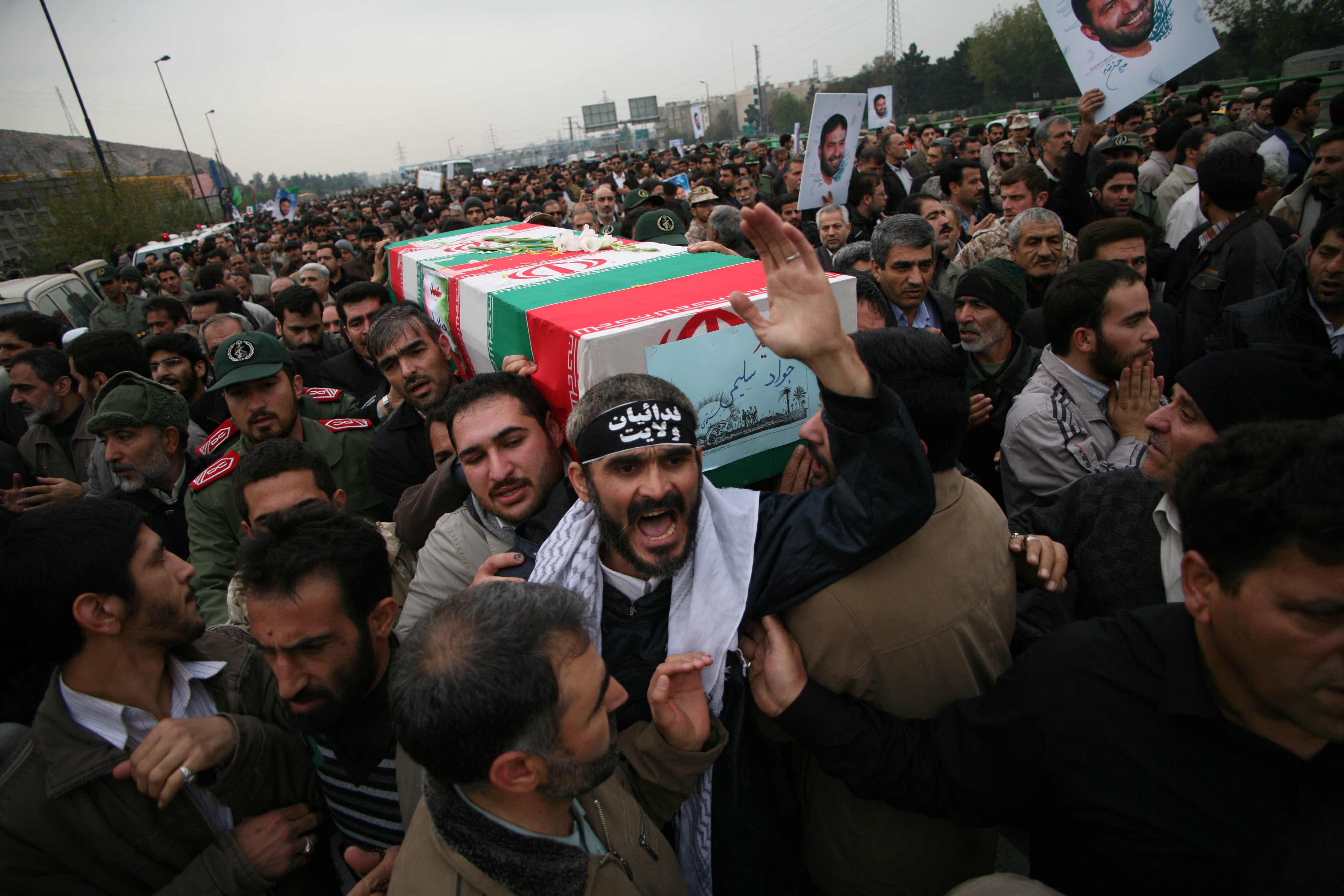 Iran is a country that functions on rumor and intrigue, and a large explosion there over the weekend has set the rumor mills spinning like a centrifuge refining nuclear material.

When the top of the Iranian Mullah hierarchy comes out for a funeral, you know somebody important died.

So when Supreme Leader Ayatollah Khamanei made a highly visible appearance at the funeral of Hassan Moqaddam and sixteen other revolutionary guards, it was clear something big had happened.

At first, the news broadcast on Iran's Satellite channel was vague, but it soon became clear that a major explosion had taken place at a military base west of Tehran, where Iran is developing long range missiles - the kind that could carry the nuclear warheads they're suspected of trying to build.

Hassan Moqaddam was known as the "architect" of Iran's missile program. So was this an accident, as was officially claimed, or was this another example of sabotage by some outside power?

The Jewish state does have a history of such clandestine operations, having flattened Saddam Hussein's nuclear facility at Osirak, Iraq in 1981.

Former Assistant Secretary of State Jamie Rubin, who is now executive editor of "Bloomberg View," tells CBS News it is "certainly plausible" that the explosion was an assassination - part of Israel's "slow effort to deny Israel having a nuclear weapon."

Rubin says the battery of sanctions levied by the Obama administration, the United Nations and Europe simply "aren't working" and the only other way to effectively deter Iran is militarily.

But war with Iran would have "very, very serious consequences for the region," says Rubin, so if Israel and its allies can continue to delay the specter of war with small, covert programs, "that is a better option than having to face this yes or now question of starting another war in the Middle East."

Tehran's nuclear program is back in the headlines of late because the U.N. nuclear agency's most recent report cited credible evidence that Iran's nuclear intentions are military in nature.

And, despite Iran's repeated denials, many think developing "The Bomb" is still an Iranian objective.

"There's a prestige value with nuclear weapons," says Mark Fitzpatrick, Director of the Non-Proliferation and Disarmament Program at the International Institute of Strategic Studies. "It's part of an entree into a special club, and the Iranians are proud people, and they see nuclear technology as demonstrating their scientific worth."

At the very least, there are calls for increased sanctions on Iran, and increasing discussion as well about what to do if the sanctions alone continue to have, effectively, no effect on Iran's nuclear ambitions.