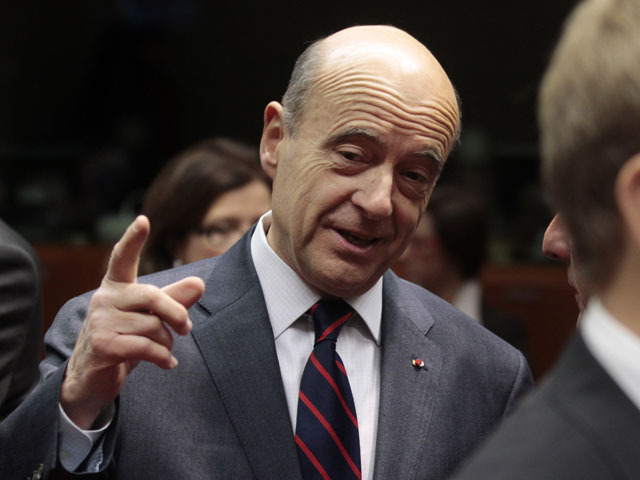 On Syria, French Foreign Minister Alain Juppe insisted that military intervention like what was launched in Libya was not on the table at the moment, although sending U.N. observers could be one way to stem the killings. He said the 27 EU nations should increase their contacts with the Syrian opposition.

The names of those Syrians newly sanctioned will not be known until they are published in the EU's official journal in a day or two. In a statement, the foreign ministers said they were "individuals responsible or associated with the repression and supporting or benefiting from the regime." Sanctions will include visa and travel bans and the freezing of assets.

"The European Union continues to be deeply concerned by the deteriorating situation in Syria where, according to the United Nations, more than 3,500 people have been killed since March," the statement said. "The EU again condemns in the strongest terms the ongoing brutal repression and widespread human rights violation."

The EU had already placed sanctions on 56 Syrians and 19 organizations in its effort to get Assad to halt his bloody crackdown on the eight-month uprising, and has banned the import of Syrian crude oil into the EU.

Many EU ministers were arguing for sanctions to be applied to Iran, too. A recent report from the International Atomic Energy Agency indicates that Iran's nuclear program includes clandestine efforts to build a bomb.

Beyond negotiations with Tehran, Ashton said she supported "increasing pressure through sanctions as a way of ensuring that the Iranians realize that we're serious about wanting to have this issue resolved." She indicated more sanctions were in the works.

In Berlin, Foreign Ministry spokesman Andreas Peschke said Germany would like to see a fresh round of EU sanctions against Iran to "send a clear signal that the current course of noncooperation must have an end."

Dutch Foreign Minister Uri Rosenthal, for one, declined to rule out a military strike in Iran.

"We are talking about stepping up sanctions, that's for sure," Rosenthal said before the meeting in Brussels. "It should be through the United Nations, if possible at all. And I don't think that we should exclude any other options at the moment."

"This is counterproductive. We are against it. We warn against talking about it," Westerwelle said. "Iran has the right to use nuclear power peacefully. But it is Iran's duty to abstain from nuclear arming and to make this clear in a transparent manner."

He was backed by Juppe. "A military intervention would do more harm than good and drag us into a spiral which we would no longer be able to control," he said.