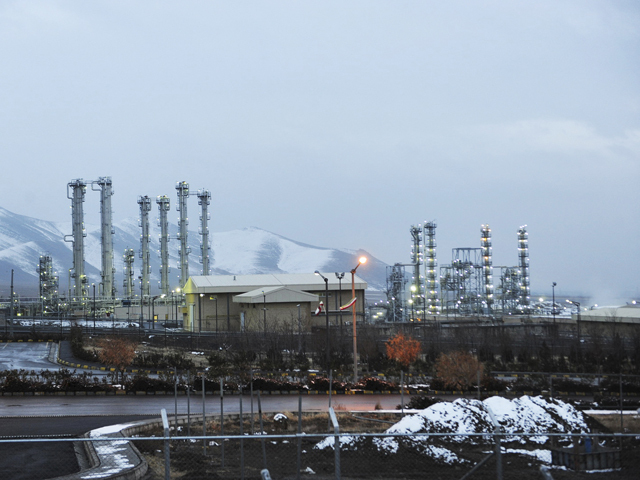 TEHRAN, Iran -- Iranian state TV says nuclear experts have finished removing the core of the country's only nuclear heavy water reactor as part of Tehran's obligations under its nuclear deal with world powers.

The spokesman of Iran's atomic department, Behrouz Kamalvandi, announced the completion of the work on the Arak reactor on Thursday, saying holes that held the core will be filled with concrete.

He says international inspectors will now verify the job and will send their report to the International Atomic Energy Agency.

Under the nuclear agreement, Iran must redesign the Arak reactor so it can't produce plutonium for nuclear weapons.

Iran denies it has had any intention to build nuclear weapons.

U.S. officials said Wednesday that Iran could comply with last summer's landmark nuclear deal as early as Friday, which would require the United States and other nations to immediately suspend billions of dollars' worth of economic sanctions against the Islamic Republic.

Secretary of State John Kerry predicted Wednesday the achievement could happen "within the next coming days."

In Vienna, a senior diplomat from one of the six countries that cut the deal with Iran said it would be formally declared implemented "most probably Friday." Those officials spoke on condition of anonymity because they were not authorized to discuss the matter publicly.

"I believe the parties will perform their undertakings by Friday and Saturday and Sunday and the implementation day would be announced on that time," Araghchi said.

He said the foreign ministers who negotiated the July accord -- including Kerry, Zarif and their counterparts from Britain, China, France, Germany and Russia -- may meet to deliver a joint statement. Kerry arrived in Europe on Thursday, flying into London for a meeting with his Saudi counterpart focused on the crisis in Syria.