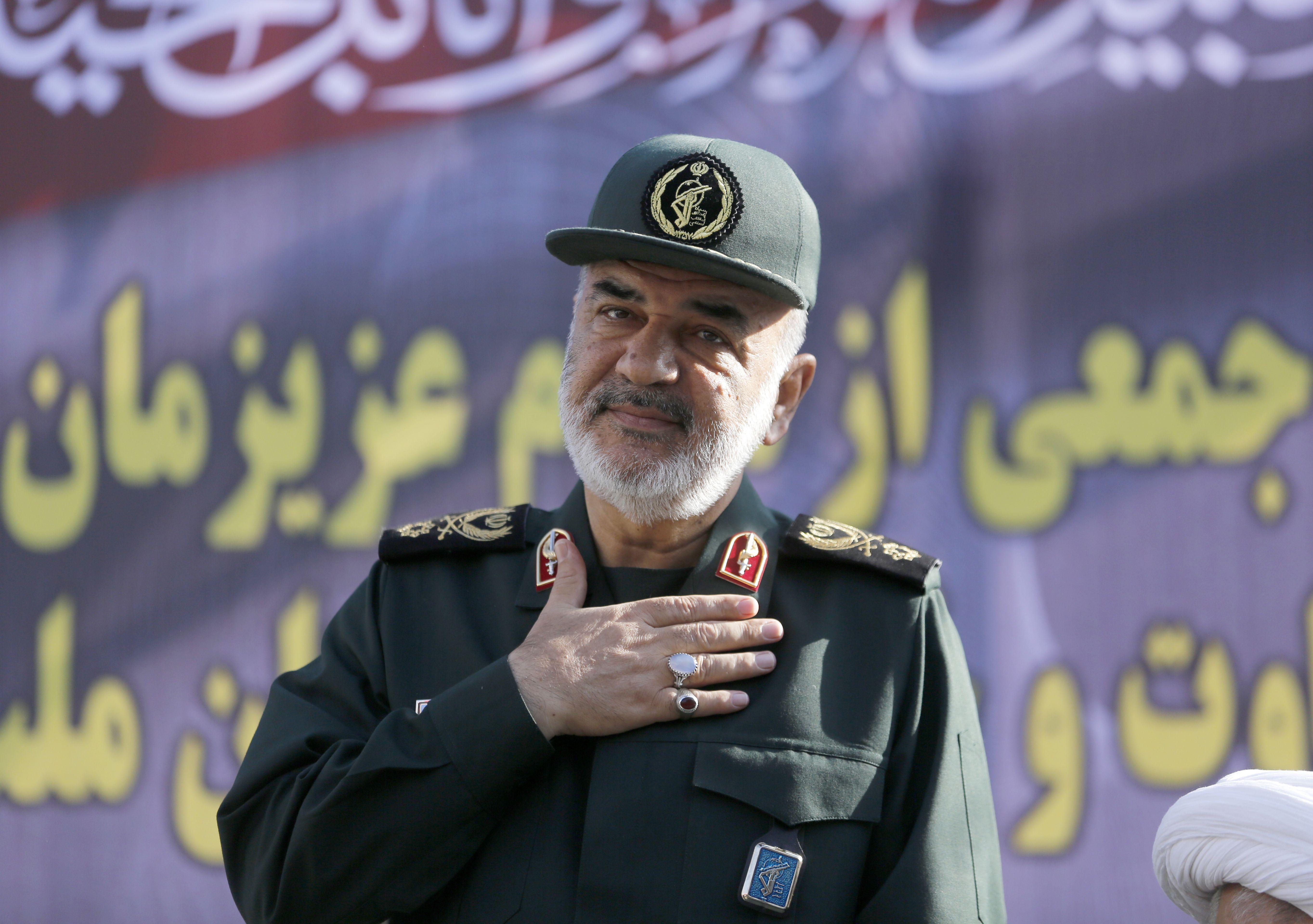 AHVAZ, Iran -- In a collective outpouring of grief, Iranians held funerals Monday for the victims of the weekend terror attack on a military parade in the southwestern city of Ahvaz that killed 25 people, the deadliest attack in the country in nearly a decade. Saturday's assault in Ahvaz, the provincial capital of Khuzestan, was blamed on Iran's Arab separatists who Iranian officials claim are supported by the U.S.

The acting commander of Iran's powerful Revolutionary Guard said at the funeral that the Islamic Republic would "take revenge" against the U.S. and some of its biggest regional allies over the violence.

At least 60 more people were wounded in the Saturday attack when militants disguised as soldiers opened fire at marching troops and onlookers at the parade.

The attack has further shaken Iran, already facing turmoil in the wake of the American withdraw from Tehran's nuclear deal with world powers and additional U.S. sanctions that are due in November. On Monday, thousands of mourners gathered at the Sarallah Mosque on Ahvaz's Taleghani junction, carrying caskets in the sweltering heat.

Others, mainly young people wearing ethnic clothes of the region's Arab minority, held large photographs of those slain in the attack. Of the 25 killed, 12 people were from Ahvaz and the rest from elsewhere in Khuzestan.

Others, mainly young people wearing ethnic clothes of the region's Arab minority, held large photographs of those slain in the attack. Of the 25 killed, 12 people were from Ahvaz and the rest from elsewhere in Khuzestan.

The procession walked down the Naderi and Zand Streets, many weeping and beating their chests, a traditional way of showing grief. Mourners played drums, cymbals and horns, according to local custom.

The crowd also chanted slogans of "Death to U.S." and "Death to Israel" - chants staple at Iranian political rallies.

Cries and wails erupted when the casket of a local hero, 54-year-old Hossein Monjazi, a disabled war veteran and Revolutionary Guard member who had lost a leg and a hand in the Iraq-Iran war of the 1980s, was brought out.

Monjazi was in the wheelchair watching the parade when the gunshots erupted and was unable to find shelter from the hail of bullets.

Speaking at the funeral ceremony, Revolutionary Guard's acting commander Gen. Hossein Salami vowed revenge against the attack's perpetrators and what he called the "triangle" of Saudi Arabia, Israel and the United States.

"You are responsible for these actions; you will face the repercussions," the general said. "We warn all of those behind the story, we will take revenge."

Mahmoud Falaki, a teacher attending the funerals, said the ceremony showed Iranians "are always ready to scarify ourselves for our country. The terrorists are a bunch of cowards."

"Just look at the crowd, with no fear, people are gathered here to see their soldiers and martyrs off to heaven," said another Ahvaz resident, Ghaseem Farhani, a merchant.

Arab separatists have claimed the assault, in which Guard members and soldiers were among those killed and wounded. The Islamic State group also claimed responsibility for the attack, but offered no clear evidence it carried out the assault.

Four assailants were reported to have been involved in the Ahvaz assault and all were killed as Iranian troops returned fire during the attack and in the subsequent pursuit.

Rouhani's remarks could refer to Saudi Arabia, the United Arab Emirates or Bahrain -- close U.S. military allies that view Iran as a regional menace over its support for militant groups across the Middle East.

"All of those small mercenary countries that we see in this region are backed by America. It is Americans who instigate them and provide them with necessary means to commit these crimes," Rouhani said before leaving for the U.N. General Assembly in New York.

At Monday's funeral ceremony in Ahvaz, Intelligence Minister Mahmoud Alavai announced that many suspect involved in the attack have been identified and "a majority of them were detained."

"We will punish the terrorists, one by one," he promised the crowd.