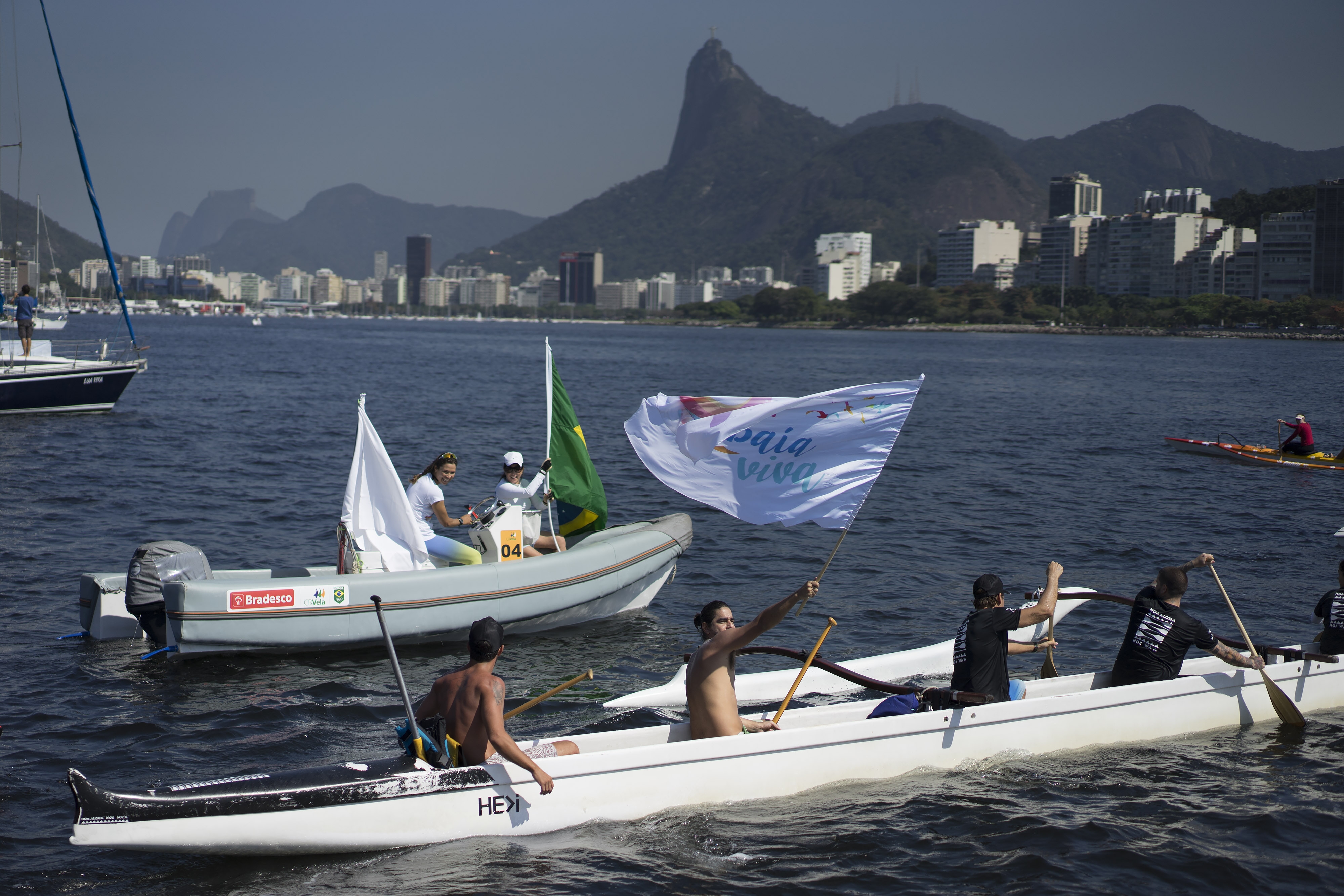 RIO DE JANEIRO -- The International Olympic Committee ruled out conducting viral tests of Rio de Janeiro's sewage-laden waterways ahead of the 2016 games, a top official said Wednesday, despite an Associated Press study showing dangerously high levels of disease-causing viruses at all aquatic venues, with experts saying athletes are almost certain to be exposed to pathogens.

The AP's independent analysis of water quality showed high levels of viruses and, in some cases, bacteria from human sewage in all of Rio's Olympic and Paralympic water venues, including the Rodrigo de Freitas Lagoon, where rowing will take place, the Guanabara Bay, where the sailing competition are to be held, and at Copacabana Beach where distance swimming events will take place.

In two separate emailed statements following the AP's July 30 publication about its study, the World Health Organization said it was advising the International Olympic Committee "to widen the scientific base of indicators to include viruses."

However, in an emailed statement Monday, the organization backpedaled and said that "WHO has not and will not issue an 'official recommendation' on viral testing."

"We have also asked if with these measures and with this testing we can ensure the quality of the water for the athletes and preserving safety and the answer is yes," he said.

Several water experts cited by the AP disagree -- and have underscored there is little to no correlation between the amount of bacteria from sewage in waters and the amount of viruses, which is what the AP study has so far found, with astronomical viral counts up to 1.7 million times what would be considered alarming on a southern California beach, yet with bacterial levels often within legal limitations.

Dubi dismissed reports that about a third of members of a U.S. rowing team came down with stomach illness because of exposure to lagoon water at the World Junior Rowing Championships here last weekend, though the team doctor said she suspected it was due to pollution at the Olympic venue.

Nawal El Moutawakel, who heads the IOC's inspection team that comes to Rio every six months to check on progress in the city's Olympic preparations, also cast doubt on the U.S. team doctor and stressed her organization's commitment to the athletes' health and safety.

"The IOC puts on the highest priority the athletes and our friends around this table are doing their upmost so that this issue of water quality is being heavily dealt with so the athletes can compete in secure and safe environments," she said.

The AP viral testing, which will continue through the Aug. 5-21, 2016, games, found not one water venue safe for swimming or boating, according to global water experts who analyzed the data. A risk assessment based on the study found that athletes who ingest three teaspoons of water have a 99 percent chance of being infected by a virus -- though that does not automatically mean they would fall ill. That depends upon a person's immune system and a number of other factors.

When Rio was awarded the games in 2009, authorities promised cleaning its sewage-strewn waters would be a top Olympic legacy. But state and local officials have acknowledged the Olympic pledges are nowhere near being met. While the first efforts to clean up the bay debuted in 1993, Gov. Luiz Fernando Pezao recently pushed timeline for a cleanup of the Guanabara Bay back to 2035.

Saying it was difficult to parse out what, exactly, the Olympic water cleanup promises had entailed, the IOC's Dubi suggested that while the games may not lead to a solution to Rio's water pollution debacle, at least the recent media spotlight had helped call attention to the problem.

"Thanks to the games, the level of awareness regarding the bay has been raised to unprecedented levels, which is a good thing," Dubi said.

Asked whether they themselves would swim in the bay to prove the water's quality -- as Rio's state environmental secretary did on a television program earlier this year -- the officials laughed jocularly and shifted in their seats.

"We will dive together," said El Moutawakel with a giggle, pointing to other IOC officials she said would take the plunge with her.