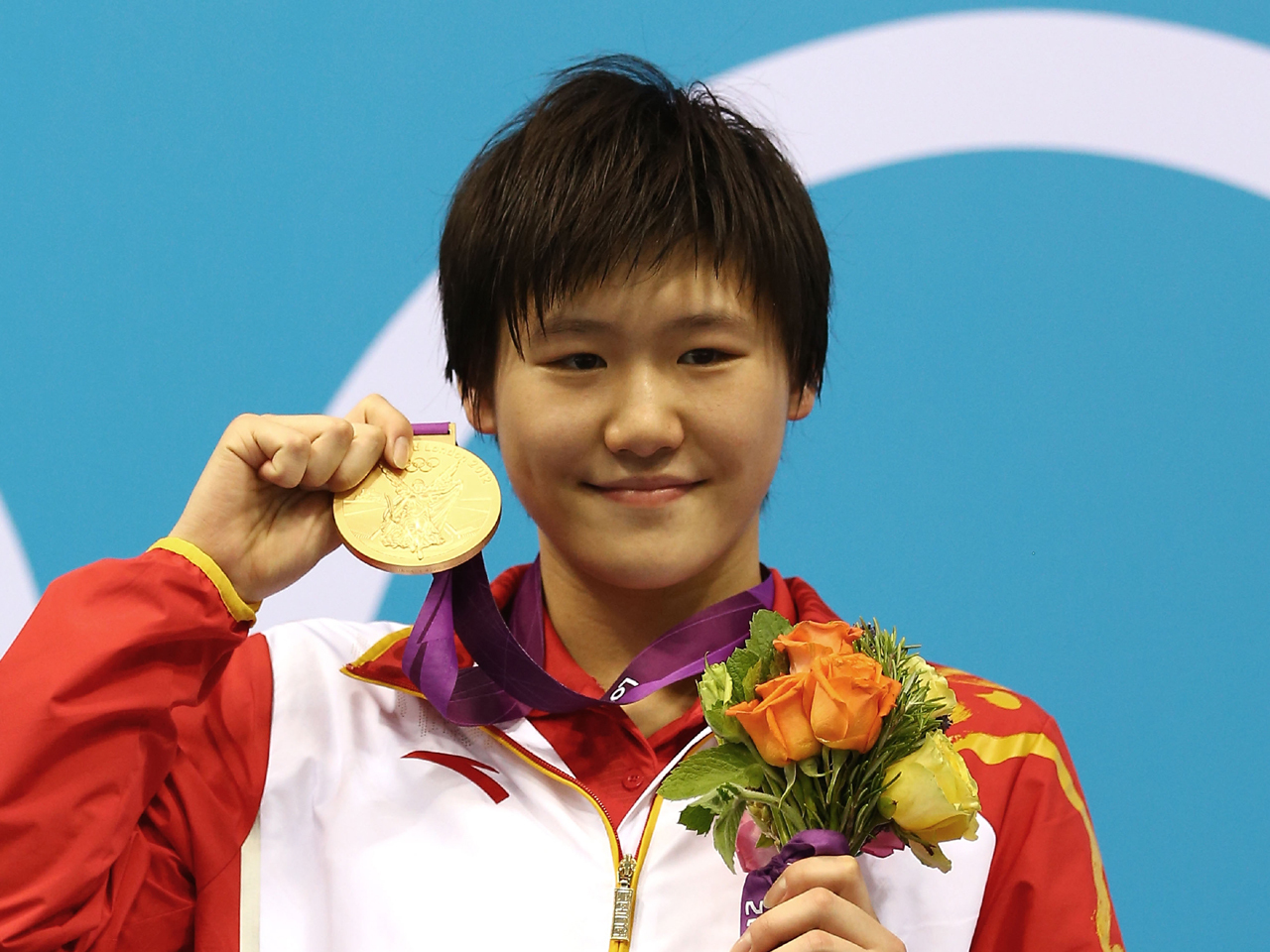 (CBS/AP) LONDON - Olympic organizers and swimming's governing body leapt to the defense of China's world record-breaking teen sensation Ye Shiwen on Tuesday, with the sport's president saying suspicions that she doped were "crazy" and motivated by jealousy and the IOC stressing its confidence in the drug-testing program.

"We need to get real here," said International Olympic Committee spokesman Mark Adams. "These are the world's best athletes competing at the very highest level. We've seen all sorts of records broken already all over the place."

Adams said the top five athletes in each event, plus two others, are tested as part of "a very, very strong drug-testing program, and we are very confident if there are cheats we will catch them."

"We can't stop speculation. It is inevitably a sad result of the fact that there are people who dope and who cheat," Adams said. "It's very sad we can't applaud a great performance. Let's give the benefit of the doubt to the athletes."

Ye won the 400-meter individual medley on the opening day of the Olympic swimming competition, and was the favorite to win the 200 IM on Tuesday evening, too.

The 16-year-old Ye sliced through the last lap of the 400 in 28.93 seconds - faster than the 29.10 American winner Ryan Lochte posted in the last 50 of the men's race. Ye's time was 4:28.43, more than a second faster than the previous world record set by Australia's Stephanie Rice at the 2008 Beijing Games in a now-banned bodysuit.

John Leonard, head of the American Swimming Coaches Association but not a member of the U.S. Olympic staff, was among those openly questioning Ye's legitimacy. The Guardian newspaper quoted him as saying the last 100 of her race "was reminiscent of some old East German swimmers."

"We want to be very careful about calling it doping," Leonard told the newspaper. "The one thing I will say is that history in our sport will tell you that every time we see something, and I will put quotation marks around this, 'unbelievable', history shows us that it turns out later on there was doping involved."

Asked about Leonard's comments, FINA president Julio Maglione told The Associated Press that people are free to say "stupid things" if they want.

"It's a big mistake," Maglione said of Ye's doubters. "The people that said this is crazy."

He said FINA spends $1 million to drug-test the top 30 swimmers in the world two or three times a year and "swimming is absolutely clean."

He said that he has absolutely no suspicions about Ye and that her critics are jealous because China is becoming a swimming power.

"It's best for the swimming," Maglione said. "Not only two or three countries. We have now 15 countries that take medals, 20 countries. That is important that many countries in the world take medals."

Australian coach Ken Wood, who has a contract with the Chinese Swimming Association and has trained 20 of China's swimmers in London, accused Ye's doubters of double standards.

"They are just laying it on, especially the Americans because they are losing the whole damn meet," Wood told the AP by phone from Australia. "They are creating double standards."

He said China is extremely strict about adhering to its anti-doping rules. He said a group of about a dozen Chinese swimmers - including some now in London - who came to his academy to train a few years ago were temporarily suspended from competing after drug testers couldn't find them where they had said they would be. The swimmers mistakenly listed the pool, instead of their nearby rented accommodation, as the place to find them for drug tests, he said.

"What happened was the drug testers came around and said, 'Where are the Chinese?' I said they are not training now," Wood said. "They couldn't find them when they wanted to."

"So the Chinese Swimming Association immediately banned them and said, 'Right. Oh, they can't swim anymore,'" he told the AP. "That's how stringent they are."

He wrote to the CSA explaining that the mistake was a language issue and that the swimmers had given the wrong address. Chinese authorities later wrote back saying they accepted his explanation, and the swimmers were reinstated, he said. "They did suspend them and I had to write a letter," he said.

"They reinstated them and sent me a letter and said, 'Thank you very much. We have no reason to doubt the veracity of your statement.'"

He said the Chinese swimmers are subjected to frequent doping tests.

"They hit them all the time," he said. "Some of the swimmers got tested three times in one week."

Sebastian Coe, head of the London organizing committee, said it would "very unfair to judge an athlete by a sudden breakthrough."

"What you tend to forget is probably the 10 years of work that's already gone in to get to that point," he said on ITV News. "You need to look back through her career. I think you've got to be very careful when you make judgments like that, but, yes, it is an extraordinary breakthrough."

John Brewer, a board member of UK Anti-Doping and director of sport at the University of Bedfordshire, also talked down doubts about Ye.

"Drug testing procedures in place at the London 2012 Olympics are extremely rigorous, and the storage of samples for eight years after the games makes doping a very high-risk strategy," he said. "We should not be surprised by exceptional performances since gold-medal winning athletes are inevitably different to the rest of us due to their talent, training and lifestyles."

China, with 1.3 billion people, "has a vast pool of talent to choose from ... so we should not be too surprised when an individual with exceptional talent emerges," he added.

"One of the interesting things about swimming is people don't swim the same way," said Bob Bowman, Phelps' coach. "They have to swim the way their body is made, so that's what she's doing. She's taking advantage of her size."

"I don't think that 4:28 is an impossible time in the 400 IM, I think it's a perfectly logical time for someone to go," he said of her world-record swim. "The girl has good technique. She had an amazing last 100 but people do amazing things sometimes."

"I trust the testing service and I know that Michael was tested nonstop and we're very careful about what goes into his body, and I assume that other competitors are, too," Bowman added.