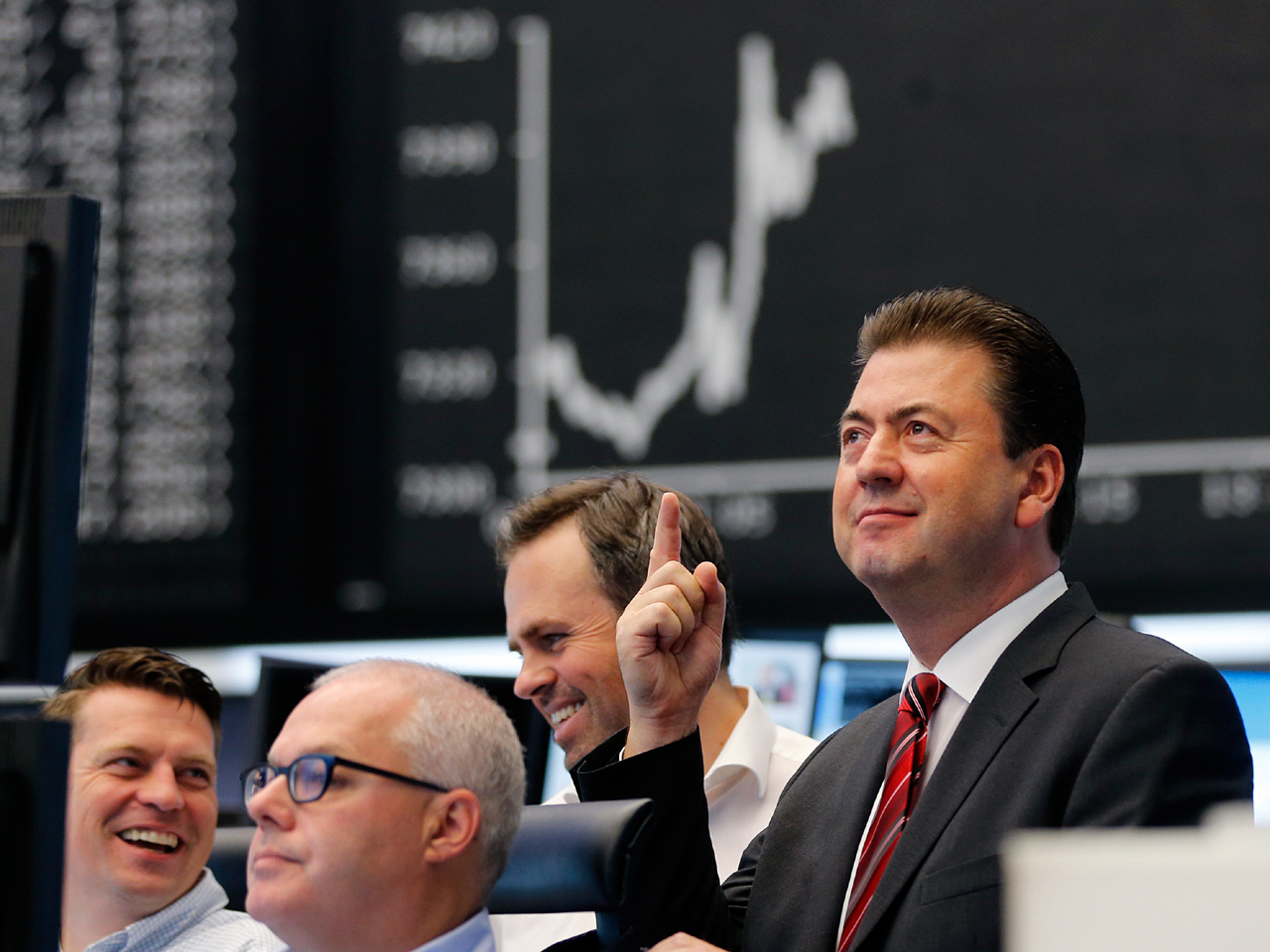 A day after U.S. stocks suffered their biggest retreat in three months in the wake of comments from a leading official at the Federal Reserve, investors in Europe and Asia are jittery. The euro is down further below $1.30 while oil prices edged back toward $90 a barrel, further indications of rising investor unease.

The catalyst to the current bout of nervousness was a warning from the Fed's Charles Plosser that the central bank's efforts to support the world's biggest economy would likely fall short of its goals.

Markets have been enjoying a fairly buoyant period ever since the Fed joined other central banks in turning on the stimulus taps in the hope of helping global growth.

Investors have also been optimistic that Europe has finally got a grip on its debt crisis after the European Central Bank unveiled a new bond-buying program designed to keep a lid on the borrowing rates of countries like Spain and Italy and prevent a breakup of the 17-country eurozone.

Though conditions are certainly better than they were a few weeks ago, Europe's debt crisis has not gone away. Violent clashes in Madrid Tuesday over the government's anti-austerity drive will be followed Wednesday with a general strike in Greece, the euro country with the most acute economic problems.

"The prospect that Spain might prove as truculent as Athens on the subject of reforms is a particularly uncomfortable one, since it risks making the Greek situation look like a mere sideshow," said Chris Beauchamp, market analyst at IG Index. "Oh, and the Greeks are on strike again, just to underline this point."

Wall Street was poised for a modest recovery later, with both the Dow futures and the broader S&P 500 futures up 0.1 percent.

The tensions weren't just evident in stock markets the euro was down 0.2 percent at $1.2879. Only last week, it was trading at multi-month highs around $1.32.

Meanwhile, the benchmark New York oil contract was 63 cents lower at $90.74 a barrel.