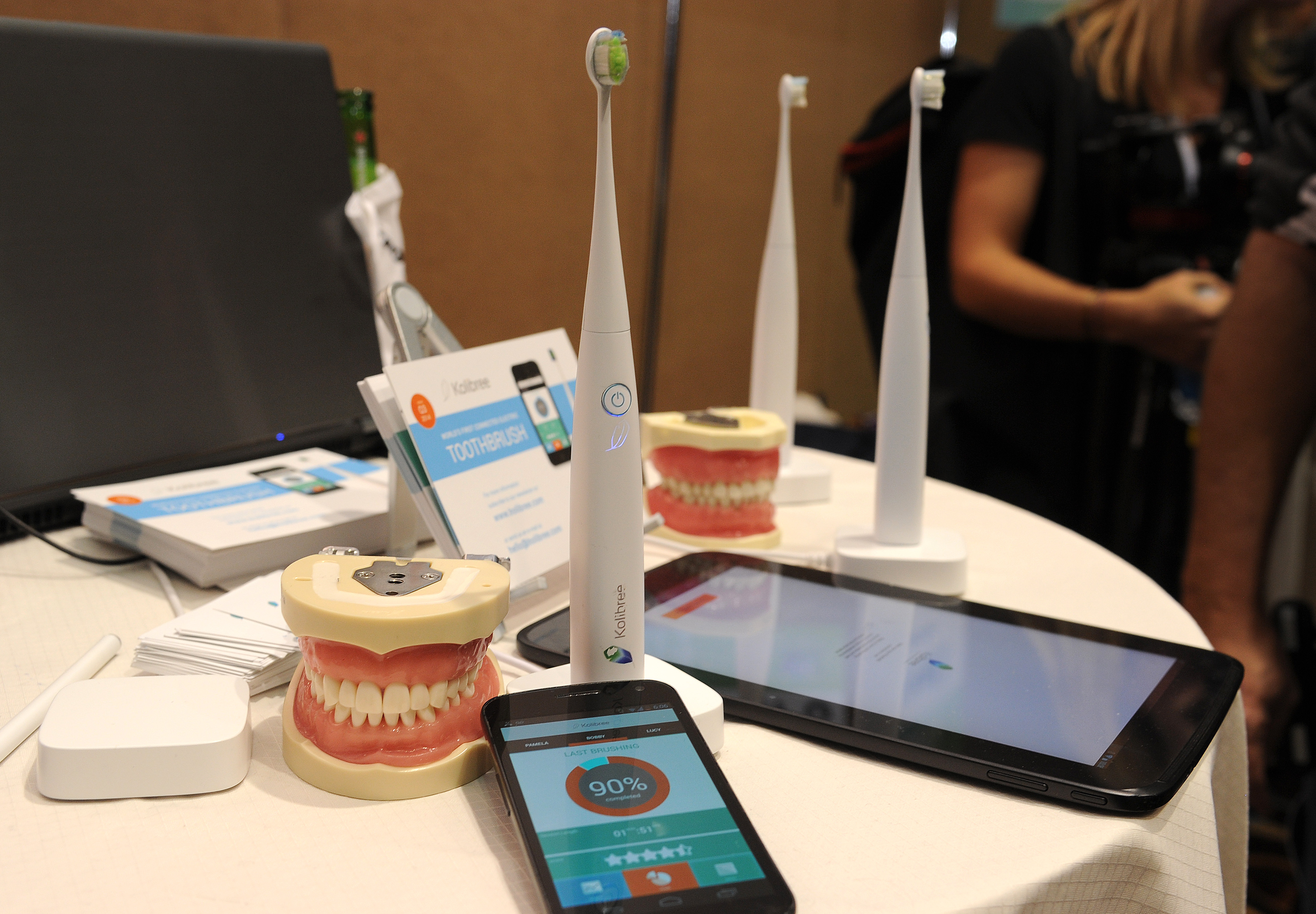 The "Internet of things" has arrived.

This curious phrase, known as "IoT" among technoscenti, has entered the lexicon in a big way. And as the technology world descends on Las Vegas this week for the Consumer Electronics Show, the emerging concept is drawing the lion's share of the spotlight.
The IoT basically describes new technologies that will put even the most insignificant object on the Internet. You can stick a sensor on just about anything and plug it in to the electronic grid of our lives. And companies are already experimenting with it, some to great success.
Consider the Nest thermostat, a pricey gadget that replaces the traditional temperature controller. It taps into a home Wi-Fi network, and with it you can use your smart phone to turn on the heater 15 minutes before you get home.
Home audio was one of the pioneering areas for Internet-connected devices, and companies from Qualcomm (QCOM) to Samsung are debuting multi-room speaker systems that can stream audio wirelessly from the cloud -- no phone or computer needed. Check out Samsung's $400 Shape speaker system.
The kinds of devices on the Internet of Things arguably veers into the ridiculous with a toothbrush that connects to the Web and records your brushing activity. The toothbrush, from French company Kolibree, even has an app that tells you which teeth need a more thorough cleaning. Then there's the connected tennis racket that records your strokes and the wireless dog collar that can track down lost pets.
Most of these products are a long way from mainstream acceptance. In fact, only 28 percent of Americans are interested in controlling appliances with their smartphone, according to a recent Forrester Research poll. Some 53 percent don't care.
There are other hurdles, too, writes Don Clark of The Wall Street Journal. Any time data is connected to the Internet, questions about privacy and security arise. There's also an array of confusing connection options available, including Wi-Fi, Bluetooth and other technologies.
For years, tech executives have talked about pie-in-the-sky ideas like a refrigerator that will automatically order you more milk or tell you when the eggs have passed their expiration date. The idea is still pretty far-fetched, but suddenly a smart refrigerator at least seems feasible in the near future.
Whether you want that refrigerator in your kitchen is another story.

As Floridians recover from Ian, most do so without flood insurance

Tupperware is now being sold at Target stores
Kim Peterson