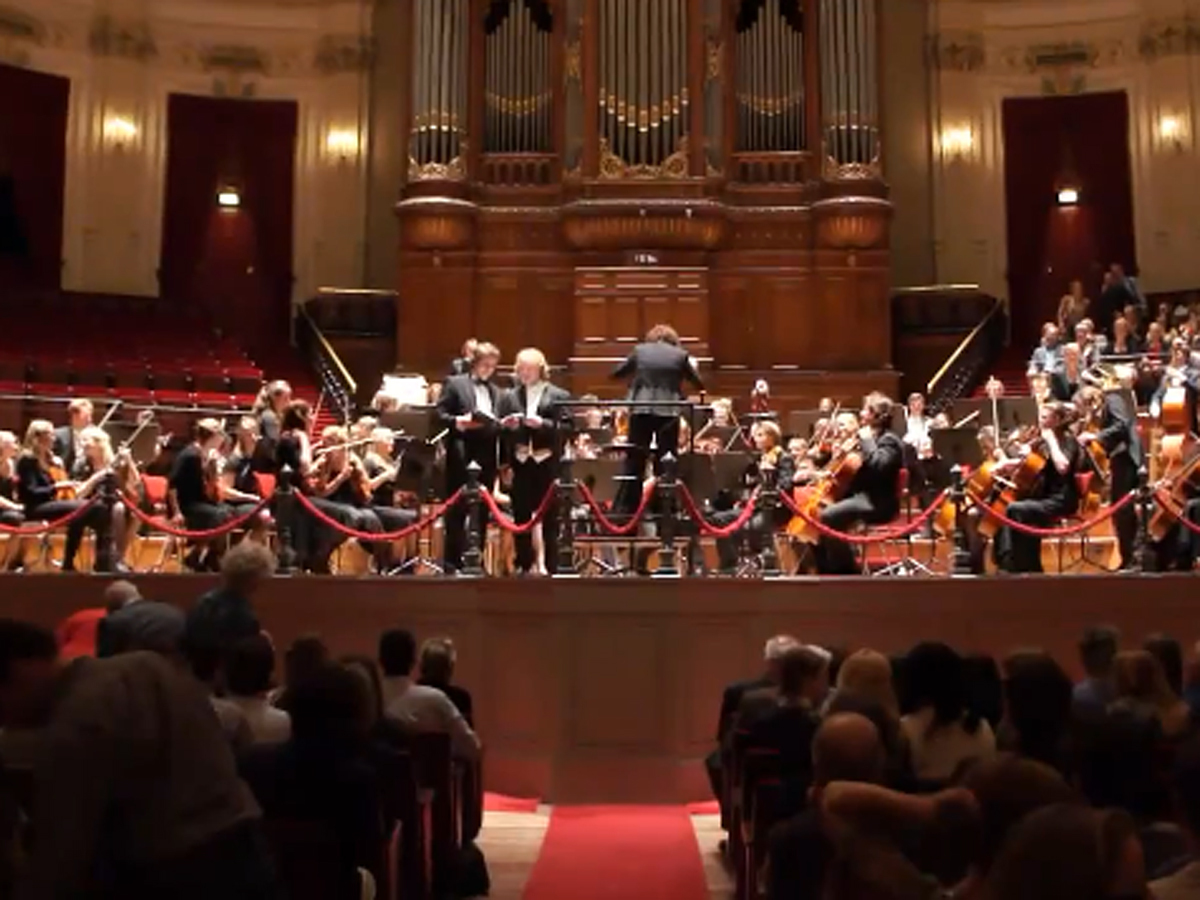 (CBS) - I still remember the first time I saw Edward Khills' now-famous "Trololo" on YouTube. I believe I cocked my head to the side and began to actually say out loud, "What the...?"

And now almost two years later, the viral hit gets a touch of class added to it with a cover performed by an orchestra. Check it out.

Make sure to watch at 3:33 when the orchestra plays the song again, but this time with the entire audience singing along. Spectacular!

The performance was done by the University of Amsterdam Orchestra at the Het Concertgebouw concert hall. And if you've never seen the original (or just want to relive the experience again), I'm going ahead and including it below for your enjoyment.