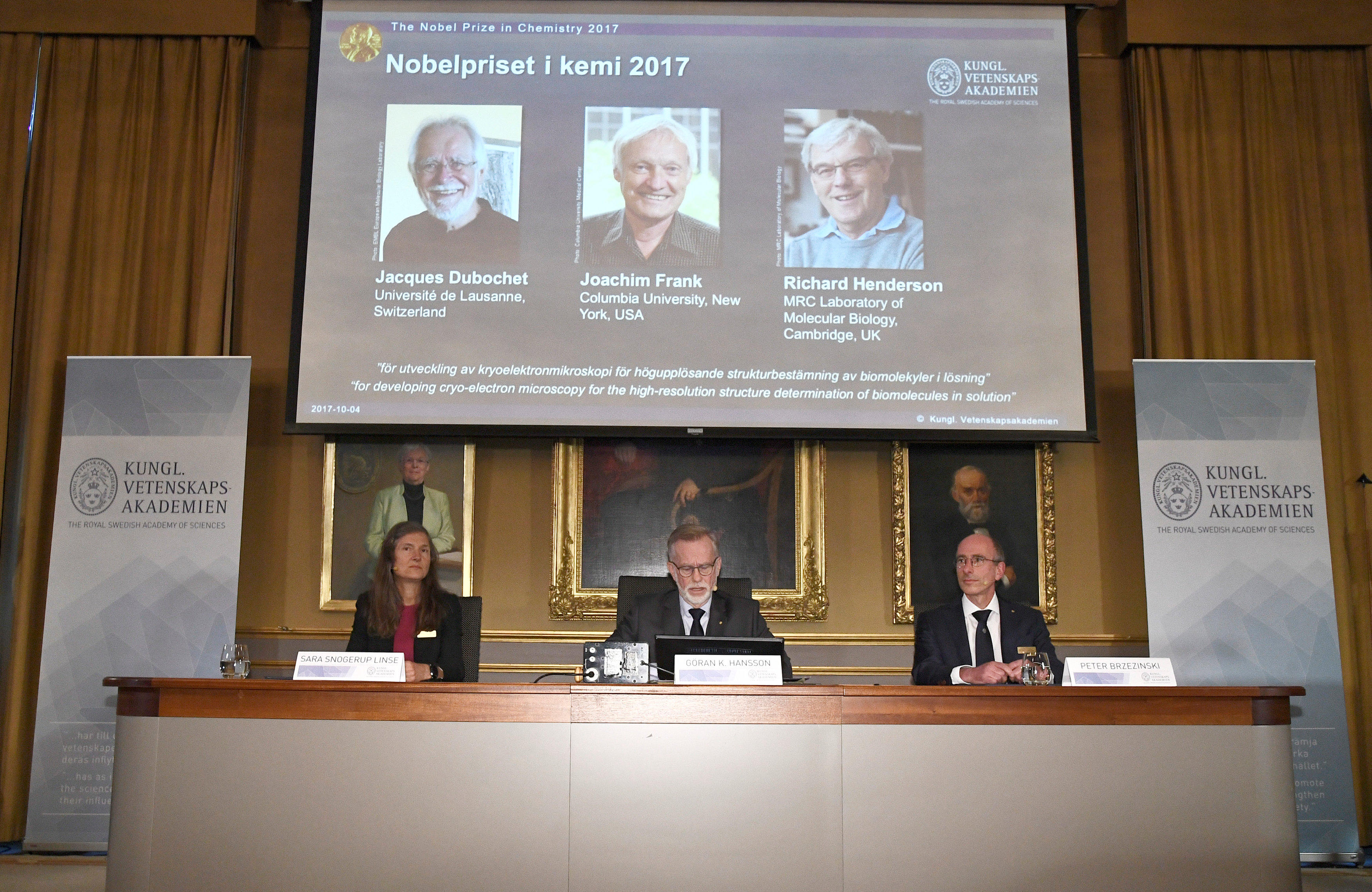 STOCKHOLM -- Three researchers based in the U.S., U.K. and Switzerland won the Nobel Prize in Chemistry on Wednesday for developments in electron microscopy.

The 9-million-kronor ($1.1 million) prize is shared by Jacques Dubochet of the University of Lausanne, Joachim Frank at New York's Columbia University and Richard Henderson of MRC Laboratory of Molecular Biology in Cambridge, Britain.

The development, it said, "is decisive for both the basic understanding of life's chemistry and for the development of pharmaceuticals."

The annual prize rewards researchers for major advances in studying the infinitesimal bits of material that are the building blocks of life.

It's the third Nobel announced this week.

The literature winner will be named Thursday and the peace prize will be announced Friday.