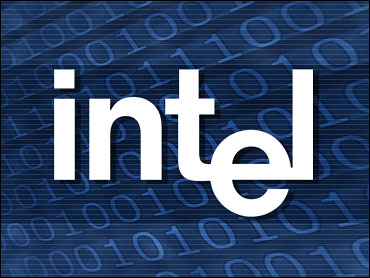 The reduction, which will take several days to be carried out, is the latest action in a broad restructuring announced earlier this year, Intel spokesman Chuck Mulloy said Thursday. Analysts expect further job cuts as executives continue to scrutinize operations.

Mulloy declined to say how much money will be saved by the latest cuts or whether they would result in a charge against earnings. The company will provide more details Wednesday, when it reports second-quarter results, he said.

ThinkEquity Analyst Eric Ross, who recently released a report predicting Intel would reduce its work force by more than 10,000 employees, said the Santa Clara company is scrambling to slash costs as smaller rival Advanced Micro Devices Inc. encroaches on its highly lucrative core business of supplying the microprocessors that act as the brains of computers.

"They need to cut costs and they need to do it fast," he said in an interview.

Ross, who estimated Intel had about 100,000 employees following the sale of one of its business units last month, predicted executives will announce plans to pare another 9,000 employees in the next six months.

In April, Intel reported a 38 percent drop in first-quarter profit as demand slackened for PCs and microprocessors from AMD continued to steal market share.

That same month, Chief Executive Paul Otellini vowed to spend the next 90 days identifying underperforming business groups and cost inefficiencies in an effort to save the company $1 billion a year. He said he planned to make changes as his analysis progressed, rather than waiting until the end of his review.

Two weeks ago, Intel said it planned to sell a division that makes chips for cell phones and other handheld devices for $600 million. The move allowed it to shed 1,400 employees and unload a money-losing business that was never able to close in on entrenched competitors such as Texas Instruments Inc.

Over the past five years, the percentage of managers hired at Intel has grown faster than the overall employee population, Mulloy said.

"Our analysis shows that we have too many management layers from the top of the company to the first line of supervisors to be effective," he said.

Intel shares rose 11 cents, or less than 1 percent, to $17.99, in afternoon trading on the Nasdaq Stock Market.